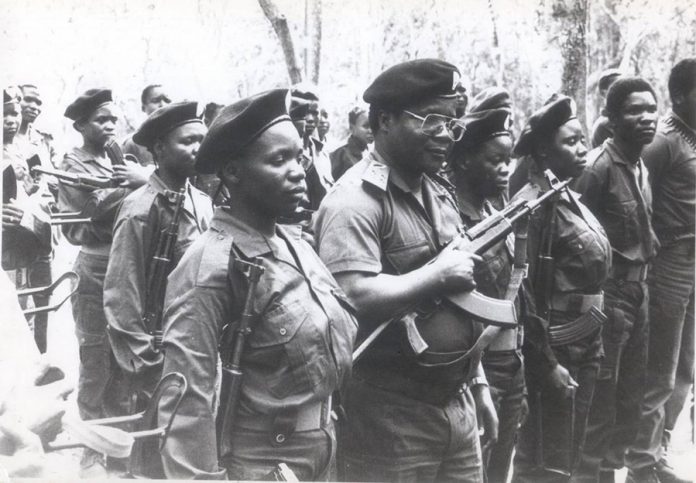 CHESTER CROCKER’s US Institute for Peace (USIP), just like the National Endowment for Democracy (NED) is a US state-funded organisation.

It was established in 1984 under President Ronald Reagan’s Administration

It is an extremely conservative institute that according to Chaulia (2009): “Manufactures domestic consent for wars, military interventions and regime change operations in the name of advancing ‘freedom and democracy’.”

It employs academics from the US Foreign Policy establishments and right wing think tanks. The Director of the CIA has been authorised to assign officers to the institute on a rotating basis.

At USIP, Crocker led a brigade of ‘experts’ that applied massive spins on the US role in propping the South African apartheid government and its puppet forces in the civil wars of Mozambique, Angola and Namibia.

He seeks to justify the US engagement with apartheid South Africa by claiming that it brought peace in a ‘rough neighbourhood’.

It is also not a secret that Crocker is an advocate for regime change in Zimbabwe.

In Mozambique, by supporting RENAMO, USIP researchers argue the US ‘saved Mozambique from communists’.

Kaplan sees the future of Africa being characterised by: “Armed bands of stateless marauders, clashing with private security forces of the elites in an attempt to justify the need for military intervention to save lives, stamp out hunger, poverty and disease.”

The USIP describes itself as:“A non-partisan, national institute, founded by Congress and dedicated to the proposition that a world without violent conflict is possible, practical and essential for US and global security.

In conflict zones abroad, the Institute works with local partners to prevent or halt bloodshed.

To reduce future crises and the need for costly interventions, USIP works with governments and civil societies to help their countries solve their own problems peacefully.

It provides expertise, training, analysis, and support to those who are working to build peace.”

The significance of USIP in the use of NGOs and civic society in regime change projects should not be missed.

On April 16 2008 Michael Barker reviewed a 2003 USIP report titled, ‘Zimbabwe and the Prospects for Non-Violent Political Change’ which among other things, documents the rise of the ‘democratisation’ of the NGO sector in Zimbabwe.

The report, in part says: “In the 1990s civic coalitions in Zimbabwe began to emerge, build consensus and gain collective strength around the need for non-violent political change.

This newer focus of NGOs on governance, advocacy and political change departed significantly from the earlier civic orientation.

This change is at the heart of concerns by government by government and some social critics that NGOs are involved in politics, and are too closely aligned with and compromised by western donor interests.”

The USIP report goes on to credit three developments in the country to increased NGO activity, namely the no vote on the 2000 constitution, the emergence of the MDC and the coming in of civic organisations under the National Consultative Assembly (NCA) in 1997 to press for constitutional reform and popular participation ‘unlike the more collaborative strategies employed in the early 1990s’.

In this report USIP just falls short of claiming credit for these developments.

To illustrate the extent to which USIP is a conservative and warlike INGO, Barker quotes Richard Hatch and Sara Diamond (1990) who describe the organisation as a ‘stomping ground for professional war makers’.

In the case of Zimbabwe, the USIP war makers report is an account of their efforts at regime change through the manipulation of Zimbabwe nationals who they have organised in the groups of opposition parties and NGOs.

The USIP report also betrays the organisation’s involvement in the creation of Crisis in Zimbabwe Coalition (CiZC) about which it says: “Conflict over strategies, relationship with Government and the MDC, struggles for power within existing organisations have also created a demand for new forms of civil society activism and cooperation.

The Crisis in Zimbabwe Coalition, established in 2001, is a broad coalition of more than 300 NGOs and 15 national coalitions presently working on various fronts to facilitate the development of a proactive and broad based agenda and process for change.”

Reference to conflicts over strategy is quite revealing as we are aware that just before the formation of the CiZC, there were conflicting impressions in the NGO sector, when some NGOs applauded Government’s Land Reform Programme.

Nicholas Ndebele, who took over as director of ZimRights from Reginald Matshaba-Hove, for example, wrote to the late former President Robert Mugabe in 1998 praising him for Zimbabwe’s intervention in the DRC on the grounds that the intervention had stopped genocide in that country.

Ndebele also presented a paper at the Southern Africa Land Reform Lawyers workshop at around the same time and hailed the Government’s Land Reform Programme.

Ndebele’s unguarded defiant and patriotic stance, clearly demonstrated to the purveyors of regime change, the need for overarching control of the existing NGO sector, if they were to conduct a viable regime change agenda through NGOs.

Thus the creation of CiZC which would direct, supervise, guide and account for the actions and statements made by over 300 NGOs and 15 other NGO coalitions under it. 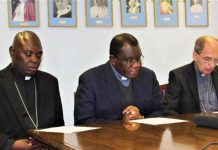 At crossroads with Catholics: Part Two 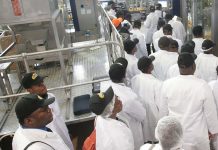 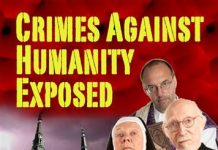 At crossroads with Catholics: Part One