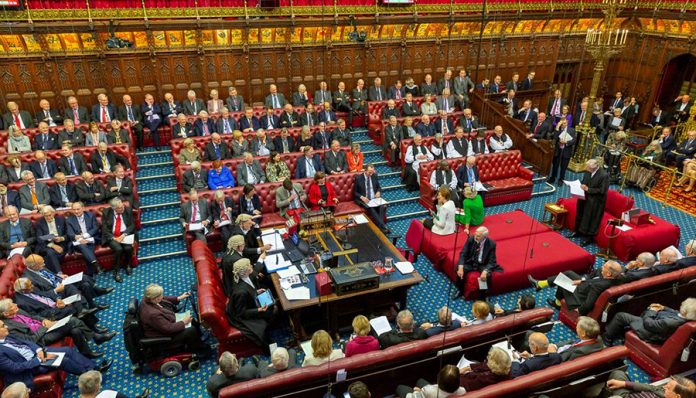 WHEN a wish for an archaic, deposed and heinous order still guides the attitude of a former superpower towards a third line country, it means all attempts to let bygones be bygones have failed to yield desired results and it’s back to a gloveless boxing match abandoned many years ago.

History has it written all over that ‘once a person steals, stealing will always be an option’ for life.

Perhaps Kwame Nkruma’s 1965 warning in his book ‘Neo-colonialism: The Last Stage of Imperialism’ may aptly describe what the United Kingdom House of Lords debate on November 23 2021 desired to achieve.

Profoundly, the debate by the UK House of Lords provoked immediate political reactions from Zimbabwe and Africa at large.

The debate backpedals us to colonialism.

What the UK Commonwealth Minister, Lord Ahmad of Wimbledon, was questioned and what he answered is a clear regurgitation of colonialism and imperialistic tendencies and ideas.

It is like a lion that wishes to retain its jungle dominance by roaring louder and creating tremors to frighten and re-order the jungle that has ceased to be dominated by it and its kind.

That roar can no longer frighten the zebras that have acquired and acquainted themselves with skill and competence to live in the knowledge of equality and fairness of the jungle.

The principle, therefore, remains, no matter the roar: ‘The jungle is fair’.

Clearly the type of questions asked by this bunch of self-absorbed Lords reveal a certain fear of Zimbabwe.

The House of Lords made bare a historical epoch whose re-establishment is evidently a priority to the British, particularly under a heavy trade competition and influence from China, hence Lord Anderson of Swansea asked: “My Lords, in the government’s view, which country has the clout to bring effective pressure on Zimbabwe on political oppression? We probably have less influence than China, which is most unlikely to bring any such pressure.”

There are two issues and realities in that question and remark. There is a certain fear too.

First, there is a direct admission that the UK knows that it has lost ‘power’ to China as regards Zimbabwe and its preferred international relations.

Secondly, there is an admission that China will, and would, never meddle in the internal political affairs of another sovereign State.

So their question was: Who can do that job for them?

They asked the Commonwealth Minister that: “Zimbabwe’s conduct clearly tarnishes the image of the whole region. Is this recognised by its neighbours, particularly South Africa, and are they playing a positive role in this regard?”

The Commonwealth Minister indicated what Britain has already done. They are funding regional oppositions to label Zimbabwe as ‘undemocratic’. They chose South Africa, Zambia oppositions and the civil society for this task.

We see immediately the emergence of Herman Samtseu Philip Mashaba, a South African politician, entrepreneur and the current president of ActionSA, a party he launched on  August 29 2020.

And unsurprisingly, Joseph Kalimbwe from the United Party for National Development (UPND) had already been recruited and given Zimbabwe as a project.

There is also evidence of fear of ‘a patriotic’ driven Zimbabwe in Britain.

Thus, one Lord St John of Bletso questioned the signing of the proposed Patriotic Bill by the Zimbabwe Cabinet saying: “Last week, the Zimbabwe cabinet signed off on the Patriot Bill which would make it a criminal offense for anyone to criticise the President and for any member of the opposition to speak to any foreign government in a negative way about Zimbabwe.”

Obviously what Lord St John had to ignore in his conscience was the British-inspired legislature in Rhodesia.

He did this deliberately for fear of a patriotic Zimbabwe citizenry.

The liberation struggle gave them an example. What Lord St John chose to remind the world and ask his Commonwealth Minister was the overdone and overplayed ‘human rights’ colonial mantra and a neo-colonial agenda-setting phrase.

This brings the much alive concept of neo-colonialism which Kwame Nkruma said, “…underscores how African State sovereignties can be reduced to mere ‘flag independence’ by external policy interference and economic control.”

Nkrumah designates neo-colonialism as the ‘worst form of imperialism’.

Nkrumah further argues why it is the worst form of imperialism.

“In the era of colonialism, the colonial power had to offer protection to colonies and somewhat justify its actions; however, neo-colonialism offers external powers ‘power without responsibility’, subjecting the targets to exploitation without redress.”

That is what those Lords in Anthony Tudor St John’s calibre want to exercise on Zimbabwe.

Anthony Tudor St John grew up in South Africa and enjoyed the comfort of apartheid. It is, therefore, not surprising that he chose to tackle the issue of the Patriot Bill as he lived in proximity with Rhodesia from 1956 when he was born.

What is so surprising is his negligence and failure to recognise that the Patriot Bill, by far, represent an attempt at uniting a people than the Land Apportionment Act of 1930 and the Native Land Husbandry Act of 1951.

The Land Apportionment Act of 1930 barred African landownership outside the reserves, except in a special freehold purchase area set aside for ‘progressive farmers’.

The best land was allocated to whites; less than one-third went to Africans, while about one-fifth remained unassigned. On the other hand, the Native Land Husbandry Act of 1951 was Rhodesian agricultural policy which was meant to eliminate the commercial production of Africans and encourage that of settlers.

If at all these Lords, like Anthony St John, 1979, understand such a divisible Rhodesian legislature, one then wonders their sanity in describing the Patriot Bill as a human rights violator.

Is the world still normal in such tastes?

Let us look at it this way from the foregoing: Does the UK have a moral standing to lecture Zimbabwe, let alone any other global State on human rights, taking cognisance of her rugged history during slavery, colonialism and Cold War periods?

The UK must never show, and should desist from showing, this nauseating ‘big brother’ mentality, which has its roots in colonialism that we all know created the socio-economic and political injustices still haunting Africa today.

Zimbabwe is no longer a British colony.

It has moved on and it’s quite clear that the British are well versed on the non-intervention rule, which is a principle of international law that restricts the ability of outside nations to interfere in the internal affairs of another nation.

Does Britain have the power and moral authority over Zimbabwe and other African countries with her current lack of role in the Ethiopian Tigray crisis? The Tigray crisis put to test the British government’s claims that its new development strategy would make it a ‘force for good’.

Those are contested words or phrases coined to create a global political universality that is never there or that have never existed.

Britain came to our country and oppressed us, enslaved our relatives, killed our loved ones, tortured our forefathers, maimed our people for over 200 years and now they celebrate the fact that they are democratic. Zimbabweans were denied democracy so they had to snatch it through a protracted war, seize it from the British who fought hard not to give it too.

If the UK parliament has any issue against Zimbabwe, it is only prudent to formerly engage authorities in Zimbabwe — not to roar behind the jungle mountain anticipating Zimbabwe will tremble.

The grandstanding by UK parliament will not help in mending the fractured bilateral relations between Zimbabwe and the UK.

Even plotting to divide SADC will not see any light of day.

Remember, the ‘Anti-Sanctions Day’ indicates a solidifying SADC and African Union. Zimbabwe is friend to all, enemy to none!