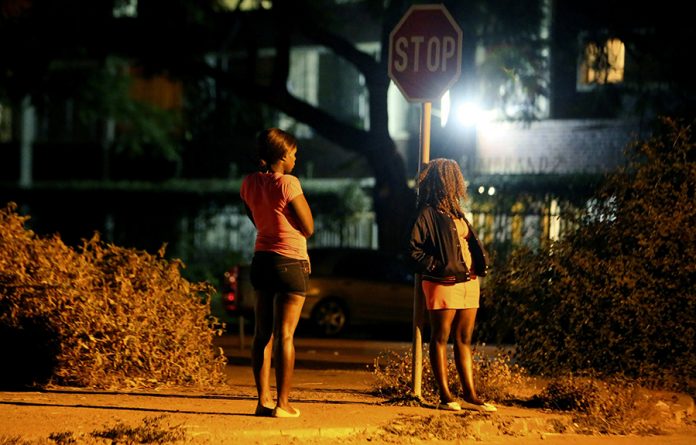 THERE is this house in the business section of the Avenues area in Harare.

I have always passed by it and there seems to be always some activity inside, but it is never clear what is going on.

Last week, curiosity got the better of me and I went inside to investigate. There was no sign by the gate, so I simply walked in.

A few people in some sort of uniform were inside.

I looked at her quizzically and I didn’t quite connect

Still I was a bit behind, I continued to look at her still puzzled?

Ah, it then all came together.

This is a place where prostitutes get treatment for illnesses that are the hazards of their vile activities.

Homosexual and heterosexual prostitutes, I realised.

It all sank in … then the many posters on the wall made sense, mainly about contraceptives.

So here, in the Avenues, is a clinic for homosexual and heterosexual prostitutes, in Harare, the capital, in the land of Nehanda and Chaminuka?

So, to the authorities this clinic is registered as what; as a clinic for homosexual and heterosexual prostitutes?

Posters of all kinds of NGOs were plastered on the walls of the clinic.

Do these NGOs know or care about the laws of the land?

In this land prostitution is illegal.

In this land homosexuality illegal.

But it seems these acts are condoned in this place.

If people continually purport that what is right is wrong and what is wrong is right, they are wrong.

Prostitution of any kind is contrary and antagonistic to the ethos and spirit of the land.

No NGO is correct when it disrespects the law of the land. In fact, when they do that, they are waging war in the land.

No NGO is correct if it says to prostitutes; there is a special place for you where you can be treated, separate from anyone else and it is free?

To reward prostitutes for their immoral activities is to make them feel normal and special when they are corrupting the society — attacking its soul viciously.

Why should they not go to clinics and hospitals where everyone else goes?

If they have the temerity to go against the grain, then it should not be a problem going to clinics and hospitals everyone goes to.

If it is because they are ashamed, then they should desist from the shameful act.

They should respect the society in which they live and order their lives accordingly.

When something is evil, you should not make it seem normal; when you do that, you too are evil.

And why give prostitutes free healthcare for the hazards of their illicit activities.

Everyone in the country can do with free healthcare but when certain organisations reserve funds for the treatment of prostitutes only and ignore the rest of the nation, it is to say we are with the wayward, we support what they do to the exclusion of everyone else.

But then this is our country not yours; you are in the wrong place, you should leave us be, we of Zimbabwe.

You should not look for each vileness lurking somewhere among the fringe in our society and fan it into flames so that its inferno engulfs the whole nation.

A few malcontents cannot, and should not define us.

The reason you do this is because you are afraid of our spirit force and you seek to destroy it by every means, to reduce and weaken us so you can reinstate yourselves as rulers over us to loot and plunder all that is rich in this gracious land.

When we defeated you in our war of liberation, in the First and Second Chimurengas, what defeated you, before we took up any arms was our spirit force which declared the land is ours and you can never and you will never have any rights to it. That is actually when we defeated you; the spears, assegais, the guns only came into play to fulfill the will of the nation expressed in its spirit force. And so you hunt for each vileness among the fringe, capitalise on it, fund it and make it seem normal, acceptable when in fact it is evil and inimical to the nation, in this manner you plot to defuse our force.

The pillars of our soul keep us strong and it frightens you.

Had you found us wallowing in immoral debauchery at the time you came to rob our country at gunpoint, we would not have been able to raise a finger against you.  Prostitutes want nothing beyond the satiation of their hedonistic appetites; you would have been able to bribe us into exchanging our heritage, our land and all its riches for material things. You tried that on Lobengula but it did not work and you brazenly tried to murder him for refuting the robbery of his land. His forces defeated you in the First Chimurenga and you called for talks, and still they defeated you in the Second Chimurenga.

A salutary reminder: This is the land of Nehanda, the land of Chaminuka, and thousands who purchased this land with their blood. It is a sacred land.