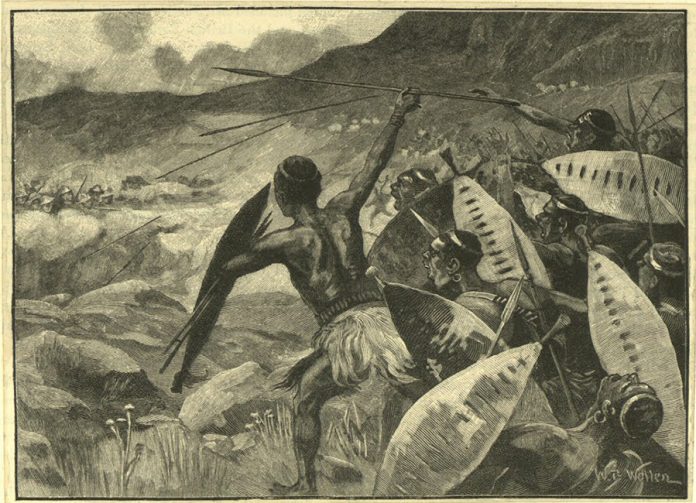 AS varied as we are, we are one.

Our enemies work tirelessly for a divided Zimbabwe, searching for the slightest chink in the armour to exploit and divide us.

The First Chimurenga began in Matabeleland in Esigodini, in March 1896, although our enemies want to make it seem like the Ndebele were, and are, less antagonistic towards white rule.

They never countenanced that, great warriors they were! They fought the whites, defeating them at Umgusa on April 25, barely a month after the First Chimurenga broke out.

To underline their victory, 2 000 warriors, together with 100 Native Police who had deserted, surrounded Bulawayo, armed to the teeth, to send a final unmistakable message to the imperialist: “Go back home, you do not belong here.”

After the battle for Ntabazikamambo and Matobo, Rhodes got the message, he could not defeat the Ndebele, and so he called for indabas. Even then, the Ndebele chiefs and warriors sent a clear message to Rhodes, they wanted their land and they would do everything to regain it.

So the Ndebele were no less anti-white rule than the Mashona.

The claim, the impression that the First Chimurenga, is an exclusive achievement of the Shona or that it started in Mashonaland is not true, nor is it true that the Shona fought a greater war than the Ndebele; the Ndebele fought harshly, resolutely, and defeated the whiteman until he had to call for indabas.

The Ndebele and the Shona worshipped the same God, Mwari in Shona or Mlimo, Unkulukulu in Ndebele.

The spirit mediums in Matabeleland and those in Mashonaland were one.

Mkwati, the high spirit at Ntabazikamambo, was a national spirit medium deeply involved in the organisation of the First Chimurenga in Matabeleland and Mashonaland.

“In April 1896, Mkwati recommended the identification of a liaison male spirit medium who would be directly involved in the conduct of Chimurenga 1 by liaising with the warriours in Matebeleland for the prosecution of the war in Mashonaland. The recommendation was made to Paramount Chief Mashayamombe who subsequently identified Kaguvi’s medium Gumboreshumba.” (Muchemwa:2015)

The Ndebele and the Shona were one people, when the marauding robbers from Britain invaded their land, it was their joint responsibility to defend it, and they did.

Mkwati’s recommandation resulted in the formation of a War Council based at Paramount Chief Mashayamombe’s residence on the Mupfure River where Kaguvi would then be based and from where the medium received emissaries from chiefs in Mashonaland.

In early May, a delegation was subsequently sent to the national spirit medium Mkwati at Ntabazikamambo to work out co-ordinated plans on the simultaneous prosecution of  the First Chimurenga in the two regions.

The delegation came back in June with Chimurenga warriors from Ntini’s Ngoba Regiment who were to assist in the co-ordination of the war in Mashonaland.

The reason such deep rooted oneness among the Shona and the Ndebele is undermined is to weaken us as a nation, so they can exploit our resources.

The Ndebele were not able to send a bigger contingent of warriors to reinforce Chimurenga warriors in Mashonaland because, by this time, most of them had withdrawn to Ntabazikamambo and Matobo following the arrival of white reinforcements from England.

The Ndebele and the Shona fought the imperialists together, in all the wars.

What a beautiful history of our people. This strength, this beauty, our detractors cannot bear, because it makes us so beautiful as a people, as a nation, so impregnable.

What should be underlined here is that Mwati was not a Ndebele medium, he was a national spirit medium, that is why he was able to organise Chimurenga 1 in both the land of the Ndebele and that of the Shona and if the Shona and the Ndebele shared one national spirit medium — what does it mean? Where does this notion that they are not one people, one nation, come from? Where is the division? It is a mischievous claim, a baseless one.

Events of Chimurenga 1 thus provide impeccable evidence of the oneness of the Shona and the Ndebele. Those who say they are not one have no evidence but are peddlers of fabrications meant to destroy the nation’s unity.

The Second Chimurenga is no different; children, boys and girls, young men and women  trooped in their thousands to join the liberation struggle.

Those nearest Mozambique, went to Mozambiqe and joined ZANLA, while those closest to Zambia crossed to Zambia, and joined ZIPRA; these ardent patriots, those fervent lovers of their land, those young boys and girls did not say let me go to Zambia to join a Ndebele party, nor did they say I will go to Mozambique to join a Shona party. These heroic giants operated at a much more advanced level, way above the primitiveness of tribalism. If ZANLA was operating in your area you naturally joined ZANLA and if ZIPRA was operating in your area, it also happened that way.

Children in schools in the struggle in both Mozambique and Zambia were massacred in equal measure by the Rhodesian terrorists, at Mkushi, Freedom Camp, Nyadzonia, Chimoio, thousands of Zimbabweans were murdered for their land for Zimbabwe, in both Matebeleland and Mashonaland our people were brutally assaulted and murdered for their land, we do not talk of Ndebele blood being shed for the country, nor do we talk of Shona blood being shed for the country, we talk of the blood of Zimbabweans shed for this land because they so loved their land and people.

ZANLA  freedom fighters, ZIPRA freedom fighters mapped the land of Zimbabwe with their feet, liberating each square inch of this great,  gracious land with their sweat, blood, untold suffering. Who is there to divide this unity of purpose, of sacrifice, of triumph?

The masses in Matebeleland did not betray the struggle, neither did the masses in Mashonaland. They were faithful to Musikavanhu’s call to drive out the white menace and they succeeded. White diversity did not succeed in dividing us, but to this day there are far too many machinations to the contrary.

When we celebrate Unity Day we celebrate the triumph of what is true and inevitable about us as a nation, not just as Ndebele, but all those indigenous to Matebeleland, our oneness with all those indigenous to the land of the Shona, all the diverse ethnicities in the country, we are one,  diverse but one as the honourable Cain Mathema explored in his book of the same title.

On the 22nd of December each year we celebrate our triumph against adversity and our commitment to build a Great Zimbabwe, we celebrate the union of those two parties, Patriotic  Front ZAPU and ZANU, the two national organizations which rallied the nation of Zimbabwe to fight and drive out the white armed robbers from Britain. This union of these two liberation movements is momentous, it marks the ultimate fruition of what is true and inevitable in our land, we are one, we fought for one purpose, and together we shall build a Great Zimbabwe.