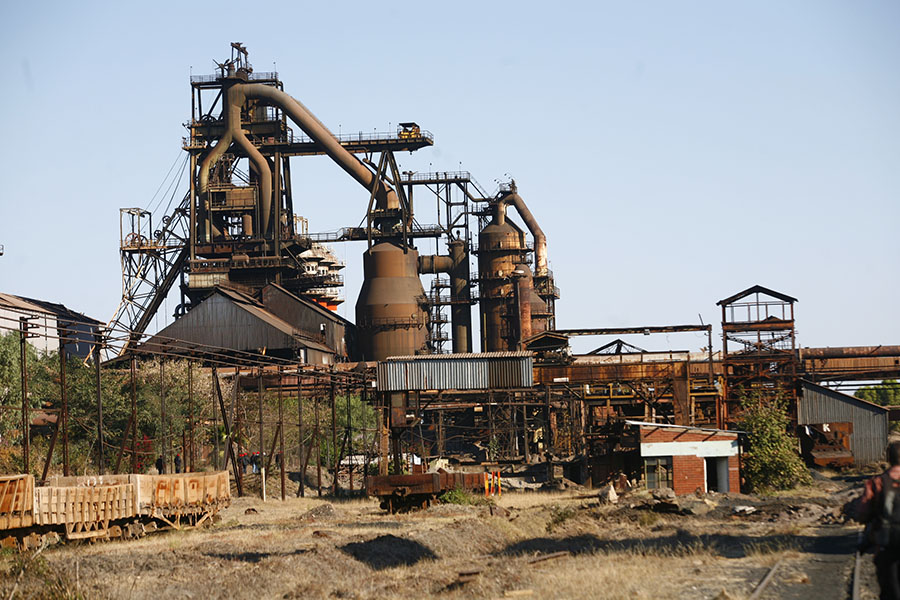 I FIND the story of ZISCO Steel very fascinating because many Zimbabweans peddle falsehoods about the reason it collapsed, due to lack of history.

And by not understanding the history of ZISCO, Zimbabweans miss the opportunity to learn how the Rhodesians built it, the mistakes we made when we took over the company and the risk of repeating the same mistakes in future.

We need to keep the history and institutional memory of our country alive; to learn about sanction busting, geopolitics, nation building and the stakes that we are playing for in the racial war that is at play in this world.

In this ZISCO saga, we will see a contest between the resolute push by whites to maintain their racial dominance by de-industrialising Africa, while on the other side we see blacks worshipping their enemy in the name of reconciliation, to a point of not realising that life is a winner-take-all war of racial dominance and, in this case, the battleground was the biggest iron and steel producer in the southern hemisphere.

Through this ZISCO case study, I hope to impress upon Zimbabweans that we cannot strategise on how to advance Zimbabwe without serious research, insights and understanding of the past or history.

Every national strategist, economist, accountant, project manager, brand builder, entrepreneur or politician needs lessons from the past (history/experience) as a compass for the future, otherwise they are assured of failure.

ZISCO Steel was established in 1942 by the Rhodesian government, with the formation of RISCOM (Rhodesian Iron and Steel Commission) in Redcliff.

The company was formed to control all iron and steel production in Rhodesia during the Second World War when the world was facing a huge global shortage of iron and steel.

Due to this endowment of nature, it only made sense for the country to start producing its own iron and steel for itself and to satisfy the latent global demand.

When RISCOM started its operations in 1948, it had no experience, an unskilled workforce and only one open hearth furnace that produced 12 000 tonnes of steel per year.

This small output and inexperience made the company’s operations costly and Rhodesian steel very expensive and globally uncompetitive.

As a consequence, RISCOM made huge losses for the first 10 years as they grew up the experience and learning curve.

This became a bleeding wound for Rhodesian government coffers, to a point where the government contemplated privatising the company.

By 1954, the amalgamation of Southern Rhodesia, Northern Rhodesia and Nyasaland pushed up the demand for steel.

Consequently, this led to the Rhodesian government installing a second blast furnace to increase output. The increase in market and production led to RISCOM achieving economies of scale and turning a profit in 1956.

With this shift in fortune, RISCOM became attractive to a global consortium of investors who expressed interest in buying shares in the entity.

Thus, in 1957, RISCO (Rhodesian Iron and Steel Company) was formed to undertake iron and steel production.

The Rhodesian government maintained the distribution side of the business through Rhodesia Steel Sales Corporation (Rhosales) in which ISCOR (South Africa Iron and Steel Corporation, a competitor but at the same time it was a white brotherhood of colonial African exploiters) had shares.

In essence, RISCO was built off the back of South African capital and markets, creating huge dependency on South Africa and Anglo-America (which had taken over Cecil John Rhodes’ BSAC enterprises alongside LONHRO) which already controlled over 35 percent of the Rhodesian economy then.

To repay Kawasaki Industries, RISCO would make repayments by delivering 360 000 tonnes of pig iron and 600 000 tonnes of iron ore annually to Japan for 50 years from 1963.

This meant that the full Japanese debt was scheduled to be repaid by 2003 (impact of colonial legacy debts).

By 1965, RISCO was producing rods, window sections, fence standards, ploughshares, rounds and over 360 000 tonnes of pig iron per year that was being exported to Japan, Britain, Egypt, Italy and the Philippines.

In that same year, Ian Smith declared UDI which coincided with another US$50 million upgrade in which more ovens, furnaces, mixers, cranes, oxygen feeders and trains were bought.

The following year, UN sanctions were imposed on Rhodesia and a number of furnaces had to be mothballed to reduce output by 50%.

By then, the UN sanctions prohibited any country from lending Rhodesia money, giving them technology or buying their iron and steel, albeit ISCOR continued to sell RISCO steel as South African steel to complicit overseas buyers.

Some steel was sold through agents and complex trading agreements and the money externalised.

In 1972, Anglo-America, using its international connections, arranged a secret meeting in Paris with lenders from Britain, Switzerland, West Germany, France and South Africa where it was agreed to lend RISCO US$63 million for the next phase of upgrades aimed at making the company the biggest iron and steel smelter in the southern hemisphere, at over one million tonnes of output per annum.

In this Paris meeting, it was agreed that repayment would be made in delivery of iron and steel to the lenders and the surplus would be bought for much needed foreign currency.

However, for risk management purposes, a clause in the agreement said if the UN discovered the deal (which was illegal at international law), then the Rhodesian government would have to pay for the partial implementation and buy up the shares of some of the lenders who feared the international backlash.

In less than two years, the information of the loan was leaked by Kenneth McIntosh and so Rhodesia assumed the debt and bought the shares of some of the players to control about 49 percent of RISCO by Zimbabwean independence.

In 1980, Zimbabwe gained independence and the various improvements that had taken place between 1972 and independence had turned RISCO into the biggest iron and steel smelter in the southern hemisphere and this gem was now grudgingly handed over to Africans, to the disdain of the West.

The new black government took over RISCO and renamed it ZISCO.

Immediately, many white Rhodesian technicians left, including Austrian Kurt Kuhn, the CEO who had helped Rhodesia bust sanctions over the period of UN sanctions.

He moved back to the Austrian iron and steel parastatal Voest-Alpine, and in 1982, the Zimbabwean Government asked him to return to take over operations.

Kuhn came back with staff from Voest-Alpine to initiate a US$200 million upgrade of ZISCO that was also undertaken by Voest without any competitive bids.

Many critics of Kuhn say about US$50 million of the work could have been done locally by Zimbabwean companies, but all of it was given to the Austrian company which, in exchange, brought staff (recruited by Kuhn’s recruitment agency) to train and transfer skills to locals.

The new Government had strategically forgone local content manufacturing for the Austrians to train and transfer skills to the locals at hefty commissions for Kuhn and Voest.

At about this same time, the new Government took over a broke Rhodesian treasury, and almost all industrial sectors in the country had outdated machines and technology due to 12 years of sanctions, 17 years of high indebtedness, while many parts of the country were destroyed by 17 years of war and in need of reconstruction.

To begin the reconstruction project, the new Government went about trying to borrow money from the IMF and the Paris Club to reconstruct and develop a broke and war damaged economy left behind with a huge debt of $700 million ($2,7 billion today) by the Rhodesian government.

The IMF and World Bank, in 1980, declined to give Zimbabwe loans to retool most parastatals, including the likes of Feruka Refinery, which was in need of about $2 billion to upgrade.

Instead, they advised the Government that it was more cost effective to import fuel and other industrialised products, while focusing on resource extraction and export.