Home Feature Why MDC is afraid of elections 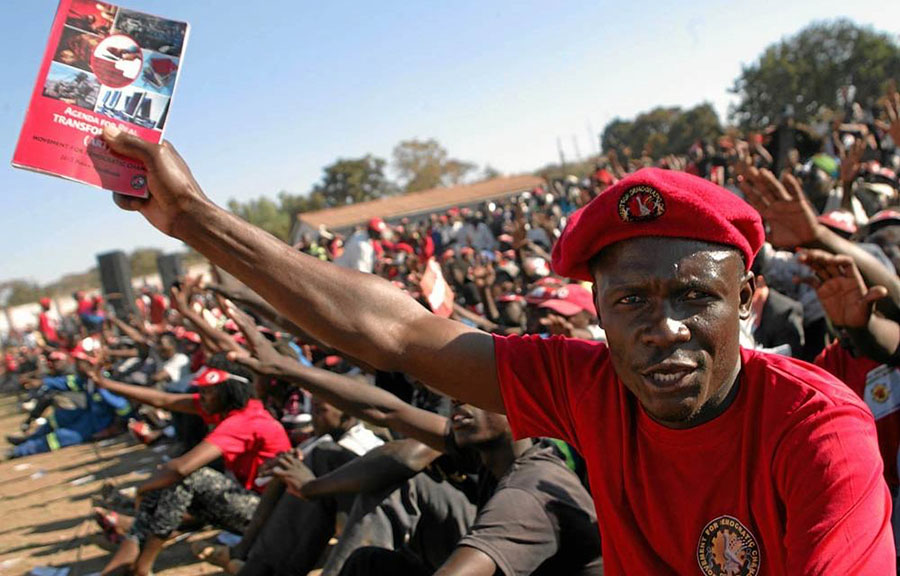 RECENT reports that the MDC Alliance is mulling pulling out of next year’s by-elections and the 2023 polls did not come as a surprise but only served to confirm what this publication has stated in the past few months.

The opposition is in disarray and is seeking to plunge the country into what it says will be a constitutional crisis with a view to putting the country under the global spotlight.

The MDC Alliance has been citing lack of so-called reforms as one of the reasons behind its ‘decision’ to boycott the polls.

But sources in the party have dismissed those assertions, saying it is trying to buy time by derailing the electoral process.

The sources further said the party has been hampered by lack resources to fund an election campaign.

As such, they have been trying to reach out to what they believe are their allies in the region.

Reports this week indicated that the country’s security sector had busted a syndicate involving some individuals from a neighbouring country (name supplied) at a hotel in Masvingo.

The individuals have been trying to fund Nelson Chamisa’s nationwide tours.

The MDC Alliance, it has since emerged that after traversing the length and breadth of the country unimpeded, penetrating so-called ZANU PF strongholds in the rural areas, have come to terms with the reality that they are going to be thumped in next year and 2023 polls.

President Emmerson Mnangagwa has announced that the by-elections will be held in the first quarter of 2022.

Seemingly caught unawares, having been making deafening noises that ZANU PF is afraid of elections, reality is finally striking home.

This publication was told by sources close to Chamisa that the MDC Alliance is currently lobbying for another GNU, minus POLAD and other platforms that have been created by the Government for dialogue.

The US’ purported ‘think tanks’ in the person’s of Philani Zamchiya, Brian Kagoro and Hopewell Chin’ono have since been roped in to embark on an aggressive social media campaign to have the buy-in of Zimbabweans.

As usual, funding is allegedly being availed by the US Embassy in Harare.

Also, it has since emerged that growing fissures within the MDC Alliance have led them to start dithering on elections.

A few months ago, the party’s vice-president, Tendai Biti, met the British Ambassador to Zimbabwe Melanie Robinson who told him unequivocally to brace for yet another ZANU PF Government post-2023 elections.

Biti is said to be leading a faction that is plotting to oust the embattled Chamisa.

While the MDC Alliance has been harping about so-called reforms, Government has either amended or realigned laws that allegedly curtailed people’s freedoms including the much maligned AIPPA and POSA.

Below is what he said:

“A few weeks ago, I tweeted that both opposition factions don’t want by-elections.

Not only are they unprepared and broke; they mortally fear that a thorough thumping by the ruling ZANU PF will remove the benefit of the doubt on which they hoped to fundraise ahead of 2023.

By-election results, particularly margin of defeat and inability to rouse their apathetic supporters will make them unbankable in the eyes of their Western sponsors. Further, I made the point that those pretending to agitate for the opposition by demanding by-elections, were not only out of touch with the thinking in the opposition; they were actually singing a hymn the opposition does not find melodious.

At KOPA in Chimanimani, the President called the bluff & hinted by-elections will come in the first quarter of 2022.

Predictably the opposition say they are mulling a boycott, raising laughable excuses ranging from reforms they don’t spell out, to fear that ZANU PF intends to use impending by-elections as a dry-run for 2023!!

Of course ZANU PF will do that!!

Why won’t they themselves do the same?

Chamisa wants talks, itself not an unusual desire.

What is unusual about his desire for talks is that it is aimed at suspending 2023 Elections which are a constitutional-must, to pave the way for some GNU kinda outfit.”

He went on, unravelling Chamisa’s desperate plan to smuggle himself into Government.

“And so desperate is he for this that he won’t mind even being made a junior minister in the arrangement.

I am not at liberty to reveal more on this proposal, except to urge those who think are his supporters to realign their wayward election agitations with their principal’s deep anxieties and preferred arrangement which is non-electoral!

Second – and quite hurtful to the opposition – are attempts by freelance, Twitter-based opposition forces to reinvent and re-issue Kasukuwere as a presidential candidate in the belief they are helping the opposition cause.

This sporadic and G-40 guided effort is nothing new, except to those freelance opposition elements who feign themselves in charge of it, and who believe they can invent a Mwonzora alter ego for ZANU PF, hoping to divide and degrade ZANU PF vote.

Except these freelancers forget G-40’s two-pronged infiltration of MDC-Chamisa has always had as it principal objective division and alienation of opposition supporters as a beachhead for the G-40 relaunch!! Fortunately Chamisa has since realised Kasukuwere is not being re-birthed for his benefit, but for that of G-40 as some 2023 contesting aspirant.”

When all is said and done, the reality is that elections are coming and whether the MDC Alliance decides to boycott, that is surely their baby to nurse.