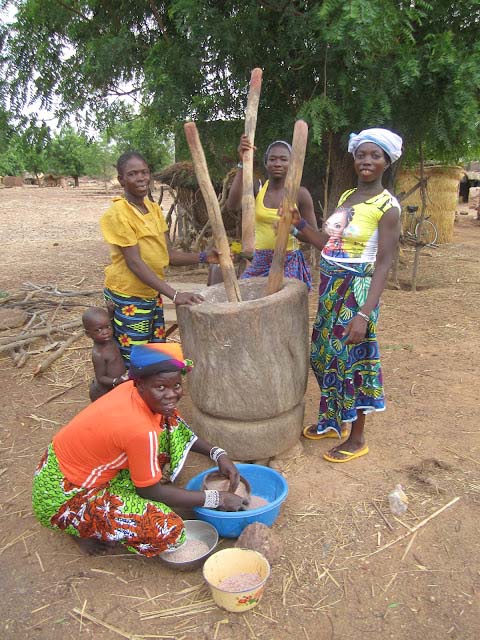 EACH human being is female or male because the Creator distinguished him/her so.

There is no need to cost each female to be male.

There is no need to cost each male to regard the female as male.

The female is not unfinished business which is only complete when she transforms into a male, when she evolves into a male.

She is correct and complete as she is.

There are those who, fortunately not of our race, abrogate this sacred distinction by the Creator and in the end sink in the worst quagmire, where the sacredness of conjugal relations between male and female are abrogated, and male and male ensconce as spouses while female and female do the same.

It is anathema and Musiki will not be at peace.

In the olden days, He rained fire and sulphur on Sodom and Gomorrah.

In this day too, there are ways of washing away sepsis from the human race.

The female is a member of the human race.

She is endowed with reason and conscience and as all humans, she has her own relationship with her Maker. Deep down in her spirit and in her soul, she knows her purpose in life, she knows what her mission is.

It is, therefore, a most grave abrogation to disturb her reflections of herself and purposes in life by costing her to follow paths pre-determined by others, paths which are not meant to serve but to fuel certain wars which are waged to destabilise and destroy the material universe –wars fuelled by insistence that the male should never be at peace with the female, that there should be a permanent war against the male, wife against husband, sister against brother, daughter against father.

When half the universe is at war with the other, how shall the material universe remain at peace and how shall it heal itself?

How shall it progress?

When the material universe disintegrates because the family cannot hold anymore, how shall the human survive?

The mother is suspicious of the father; she is constantly in consternation, in case he does not see her as an equal and might just oppress and exploit her.

If she is a working mum, she can never be.

She is urged to be aggressive, to let no-one take advantage of her, to be assertive and to watch out always.

She is not urged to be herself, to be the woman she is, who has something special and distinct from the male to compliment the edifice of material life.

Her ensconcements with the world then is that of the victim, of the hunted prey and that is a terrible place to be because you can never be at peace always watching over your shoulder.

It is something sinister when half the human race is forced to live in a state of constant consternation, so that at the slightest provocation she can fly off the handle, and then she is accused of being emotional, unstable even.

There is too much pressure.

No-one can lead a normal life if one cannot be at peace with who one is.

Fortunately for us here in Zimbabwe, this caricature of the female is not indigenous.

It is being strenuously grafted onto our consciousness by the West.

Because of our heritage, it is easier for the African female to escape this foreign design of a woman and be herself and therefore be at peace with herself.

The legacy of our ancestors leaves us anchored.

When you are anchored, you will never be forced to develop the consciousness of a victim because you know where you stand.

You know that, as a female, you carry half the universe in your heart, in your hands and in your own special way which Musikavanhu endowed you with.

You complete the material universe.

You know that no African male is a man until he ensconces with the special woman who completes him in that special, unique way only she can.

So you are at peace.

So, as the African woman that you are, when you enter marriage, you are not going into war with your chosen male or the males of his clan.

You are going to join his family circle, to build a home, as others are already busy building his family edifice.

You will join the others in building something precious.

You are going there to do something special and you do so joyfully, serenely.

There is nothing to be afraid of, everyone looks forward.

As an African woman, you are raised to be at peace, not to be a warmonger.

You are raised to stand for what is correct and you are the custodian of all that is so special in society, all the correct values that ensconce your people correctly with Musikavanhu.

You, therefore, are unshakeable.

You guide the community by remaining true.

You are the moral compass and those who go off course find their way back because you remain true.

Nothing shakes you because you are anchored in the truth of your people.

As mother, you are the bastion of society.

You lend the male the strength and courage which are indispensable in his task as the head of the family, as the leader in the home.

As an African woman, the way you guide is not by bickering with your male, or the males in the family and in the community, but by standing for what is correct. When things don’t work, there are systems in place among our people which correct without causing abrasions or splintering the family.

To be raised to be at peace does not mean you cannot fight when there is need.

Mbuya Nehanda is the epitome of our ensconcement as females, and was the greatest fighter who fought until her last breath.

She fought the whiteman and, even on the scaffold, she told them of Musikavanhu’s judgment.

The whiteman was the transgressor and it was not accepted that he should rob the land the Creator designated for the African.

And in her footsteps, thousands of females waged the war of liberation and we still are at peace.

But there is another war costing us to say we are at war as comrades – that we were at war as males against females in the liberation struggle.

We were not at war with each other.

We were at war with the whiteman and we defeated him.

You don’t defeat the enemy when you are at war with yourselves thus alienating Musikavanhu.