BOKO HARAM is wreaking havoc in Nigeria, Chad, Niger and Cameroon while in Mozambique, Jihadists are bloodletting.

There is so much turmoil in our sister country Mozambique.

Why is it that people do not learn?

Why is it that people do not appreciate things special on their front porch?

It is folly to take it for granted that we can take our children for a morning walk, take them to the park to frolic and be joyful.

That, early evening we can sit by the fireside and roast mealies with our children and that we can sleep at night without care, without fear of being murdered or bombed — our only concern being burglars.

This phenomenon is called peace.

By what magic is Zimbabwe so peaceful and free from rampant violence as we tragically see in our neighbouring African countries?

We owe everything so peaceful to a credible defence force, founded on the liberation struggle ethos which brought this country into being.

The Zimbabwe Defence Forces (ZDF) is founded on the liberation armies which freed this land.

It is the liberation forces who uprooted the violence of the British.

It was a bitter war.

The enemy they confronted was a harsh and cruel monster without compunction.

But from the days of King Lobengula, to the days of General Josiah Tongogara, the people of Zimbabwe said ‘no’ to the ruthless armed robbery of their land.

The British resorted to massacres, scotched earth policy-induced starvation, chemical warfare and with dynamite, blew up thousands who took refuge in caves.

We paid the price to end this genocidal violence of robbing us of our land and we succeeded in driving out the white menace through the barrel of the gun.

On April 18 1980, we celebrated our triumph against the marauding robbers.

So, since we paid so dearly to uproot this evil menace, what does it mean when someone who claims to be of Zimbabwe courts the British to reinstate this most grievous violence we uprooted at such unfathomable cost?

To be so violent against your own as to wish, will and accept to be the instrument of the British to revisit such on your own people of Zimbabwe is the harshest treachery.

Thousands perished to end this British violence against us, to restore our human dignity which the British insisted did not exist.

We fought and did categorically declare that we are not part of the flora and fauna as the British would have it.

At Chimoio, Rhodesians did their worst.

Fearing that the dawn of Zimbabwe was only minutes away, on November 23 1977, their cruelty inflicted and harvested so much excruciating deaths and injuries to mostly civilian comrades.

The late Dr Felix Muchemwa who was an eyewitness to the Chimoio massacre writes:

“The tour of post attack Chimoio was a doctor’s nightmare. The carnage was worse than Nyadzonia.

The majority, over a thousand had died on the parade grounds from high velocity shrapnel from the bombs.

The bodies were mangled with injuries to the head, neck, chest and abdomen resulting in blown out chests, and eviscerated bowels, ghastly traumatic amputations of limps were also common among the dead.

The effect of napalm bombs was also devastating.”

This was just Chimoio!

There was Nyadzonia — equally horrendous!

There was Mkushi, there was Freedom camp, there was Kamungoma and other massacres in Zimbabwe and at the rear in Mozambique and Zambia.

Those who accepted to be bought by the British as instruments of revisiting this violence on us are as violent as the British, if not more, because they would do this on their kith and kin.

This is what they are capable of.

Boko Haram have done no less than what we describe of the British above.

The Jihadists in Mozambique have done no less than what we describe of the British above.

The MDC would reduce Zimbabwe to ashes with their rabid violence.

Their only impediment is the ZDF.

It is only our security forces which have stopped them from achieving such travesty.

Wherever Zimbabwe’s security forces have been deployed internationally on peace keeping missions, they have been unparalleled.

In Mozambique and the DRC, they left a ‘signature’.

The MDC knows this, that it is the legacy of the liberation struggle which laid the foundation to our defence forces.

The liberators of Zimbabwe did set up a foolproof defence system, one capable of securing the nation from any and all threats.

A system based on the same love and sacrifice which liberated the land.

But what are we saying?

Were it not for Zimbabwe’s undaunted forces, were it not for its renowned security forces, the instruments of the British among us would have had their day.

We therefore cannot, and should not, relax when we have such among us; those who see nothing wrong in being the British instruments for revisiting their criminality upon our people.

The violence you embrace today will engulf you tomorrow with catastrophic consequence!

We have seen the violence of the MDC.

We have lost lives, property and they have caused sorrow, hurt and disability.

When we have such among us, it is not difficult for the violently inclined to find home and base.

Let us not allow MDC violence to flourish in our land.

It is based on a most violent premise; that we are not a people in our own right; that the armed robbery of our land by the British is a non-issue; and that we suffered for 90 years and the thousands lives we lost at their hands are worth nothing. Such is utterly cruel.

If we allow such to flourish, we should not be surprised when other forms of the violence find home in our land.

When we enjoy so much freedom and peace, we should remember where it comes from — that it comes from love and sacrifice, from blood selflessly shed for a great land, blood shed to end a most heinous crime by the British against our people.

Therefore, we should equally sacrifice and refuse to accommodate such violence because tomorrow it will consume the land the same way we saw at Chimoio, the way we see in Nigeria under attack from Boko Haram, and in Mozambique under siege from Jihadist insurgents.

Let us celebrate our independence by eschewing all forms of the violence. 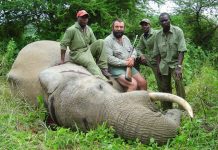 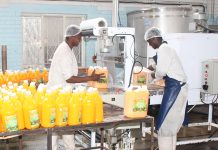 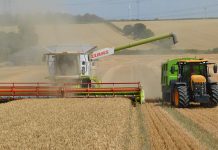