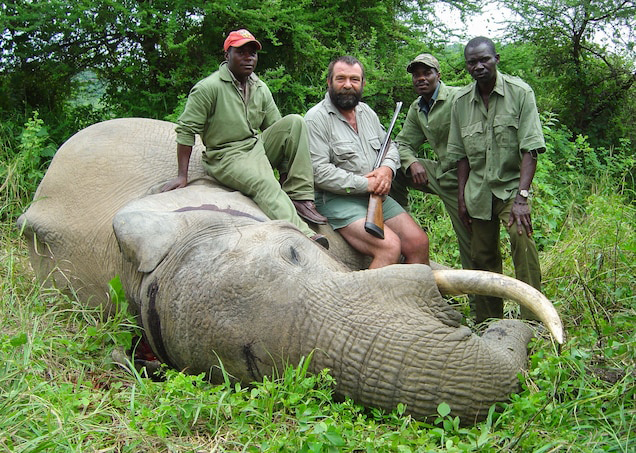 THE managing director of the US-based Ivory Education Institute, Godfrey Harris, believes that the UN agency charged by the international community with regulating international wildlife trade (CITES) was founded on an underlying prejudice — that black African nations needed Western ‘guidance’ if they are to properly manage their wildlife resources.

Without rules set by the international community — led by the US and the colonial nations of the past — it is feared that Africa’s wildlife resources might disappear because of corruption and pent-up greed as the new nations cope with the myriad other issues that independence brought.

Harris added: “The anti-trade and anti-hunting influences which still circulate around CITES is an extension of why the agency was founded in the first place — to protect ‘white world’ interests in the management of Africa’s wildlife resources.”

Those who believe in the fair and balanced use of Africa’s wildlife resources fear that an obscure meeting of a CITES sub-committee in May 2021 will be the first step in a strategy ultimately aimed at banning the use of wildlife by human beings.

While the big Western animal rights groups might be overjoyed in achieving such a goal, it would be devastating to most African countries.

Western animal rights groups raise billions of dollars annually from ‘compassionate’ citizens in their countries to ‘save’ wild animals said to be on the brink of extinction.

Never mind that there is little current evidence of such pending catastrophes for many species in many countries, the sob stories based on limited evidence or out-of-date data continue to attract public attention and funding.

These observations were made in wide-ranging interviews conducted this past week, with observers worldwide opting to speak on condition of anonymity.

However, Harris chose to speak openly and on record.

The potential extinction of elephants in Africa is an example of one of the favourite fundraising themes of the animal rights groups.

But in saving elephants and other wild animals from the treachery of what they describe as ‘wicked hunters’ or greedy poachers, the animal rights groups completely ignore the fact that so many native Africans depend on wild animals for a portion of their food supply and/or their livelihoods.

Not important. Collateral damage, these groups knowingly point out, happens.

If it happens in the achievement of a greater good, then they regret it.

But they have no intention of changing their activities to solve the problems of a few to the detriment of the benefits for the many. Stop there.

That is a big issue.

The ‘few’, in this case, are the natives who live among the wild animals.

Never mind that they have done so since long before any whiteman arrived in Africa.

It is the ‘many’ who must be served — never mind further that the many are people of the West who lavish money on leaders of these animal rights groups in order to ‘save’ elephants and other animals.

But does this ‘many’ have any special or legitimate claim on lands thousands of miles away?

They are merely a part of an effort to re-assert the control they and their fellow white colonialists lost in the hard-fought battles for the freedom and independence of black African nations.

“No country that considers itself fully independent and part of the UN family of nations can sacrifice its sovereign powers over its national assets — including its wildlife assets — in the way that the World Wide Fund for Nature (WWF) and its animal rights partners are proposing,” said Harris.

Meanwhile, other international observers who spoke on condition of anonymity, agreed that  “…the anti-wildlife-use lobby would inevitably harm not only African wildlife and habitat but also the people who co-exist with wildlife and who pin their hopes for socio-economic wellbeing on it.”

The forthcoming UN meeting that the animal rights groups are trying to hijack will be a COVID-19-induced virtual gathering of an obscure subcommittee of CITES.

Although a part of the UN, CITES was founded by a few animal welfare groups as a way for Western nations to ensure that wild animals would be protected from exploitation by the new nations of Africa.

Consider how they did this:

A clear lie, known to all insiders at the outset of the organisation’s formation, remains in place some 46 years later.

So that leads us back to the virtual meeting coming in May 2021.

It will be conducted among those nation-state members who belong to the Standing Committee of CITES.

They will be asked to recommend policies to be adopted by the next plenary session of all the signatories to the Convention in 2022.

CITES observers say that the WWF, together with 150 other anti-use American NGOs, plan to use this May 5-7 2021 Standing Committee Meeting (SC-73) to gain support for and an endorsement of the banning of all international hunting and trade in ivory.

The WWF has already been playing a leading role in sponsoring a worldwide shutdown of international ivory trade markets, particularly targeting the Asian markets in countries such as Japan and China.

It launched its anti-international ivory trade lobby at a side event at the 18th meeting of the Parties to CITES in Geneva, Switzerland, in August 2019.

Ginette Hemley, the senior vice-president and general counsel for the WWF US, announced that her organisation had invested US$25 million to shut down all Asian ivory markets.

What the world might not know is that the WWF hides its racist intentions by saying it’s only interested in shutting down domestic ivory markets.

Yet it’s to these very same domestic Asian ivory markets where elephant over-populated African countries seek to sell their ivory.

Therefore, shutting down domestic Asian ivory markets is a clear, if not obvious, neo-colonial ploy to shut down international trade of vital importance to African countries.

“These are extraordinary achievements,” said Hemley, referring to the progress they were making towards shutting down ivory markets in China and Hongkong, in particular.

She said that for the WWF global ivory market shut-downs to work, they would need collaborative international efforts, including law enforcement and capacity building.

WWF already has the support of another CITES creature, the Asia office of TRAFFIC (Trade Related Analysis of Fauna and Flora in Commerce).

No one has spoken out on their behalf.

Which country in Southern Africa, for example, is currently organising their neighbours to oppose the WWF’s proposed policy initiative at SC-73?

Well-placed sources said in interviews this week that the anti-international trade in ivory policy might be forced through the SC-73 meeting in May 2021.

They also indicated that the anti-hunting campaign, backed by the WWF and the same 150 US animal rights groups might also be recommended by SC-73 for debate at the July 2022 CITES Conference of the Parties.

In their recently released petition to the US Government, the WWF and the 150 anti-use NGOs say they are opposed to legal trade in wild animals.

They claim legal wild trade “…continues to push thousands of species closer to extinction each year.”

They offered no details nor any proof for this assertion.

Meanwhile, the WWF and the 150 US animal rights groups have now urged the US Government to take over the role CITES and continue to regulate international wildlife trade. Fascinating!

CITES was created to ensure that African nations did the West’s bidding in terms of wildlife policy.

It seems that the big animal rights groups are admitting they may no longer have control of the CITES Secretariat, so they are turning to the US Government to take its place.

Additionally, the US Government’s Departments of Interior and Commerce have been asked to “…conduct an expedited review of each nation’s compliance with the UN Agency CITES’ international wildlife trade regulations.”

How’s that for audacity?

The US is going to unilaterally determine if an international body of some 178 independent countries is conforming to the way various private US organisations interpret the rules they helped write.

“The WWF’s plan for SC-73 should be exposed and their plan to get any form of ban on the use of wildlife on the SC-73 or later on the CoP-19 agenda should be stopped,” Harris said.

“It is as racist in intent as the original idea behind the formation of CITES. Back then the animal welfare groups wanted to control the policies and proposals of the new black African governments.

“Now they want to stop the black African nations from using one of their most iconic and important national assets – wildlife — as they see fit.”

Harris further noted: “We suspect their immediate goal is to put the idea of banning wildlife trade out there so it doesn’t seem so radical or outlandish when they push it for keeps at the 19th CITES Conference of Parties in 2022.”

Therefore, it remains to be seen whether or not CITES will cleanse itself of racially motivated, unacceptable and unjustified attempts to ban international ivory trade and hunting at the expense of wildlife-rich African states.