Home Feature Zim Cyber City …an internet of everything and everyone! 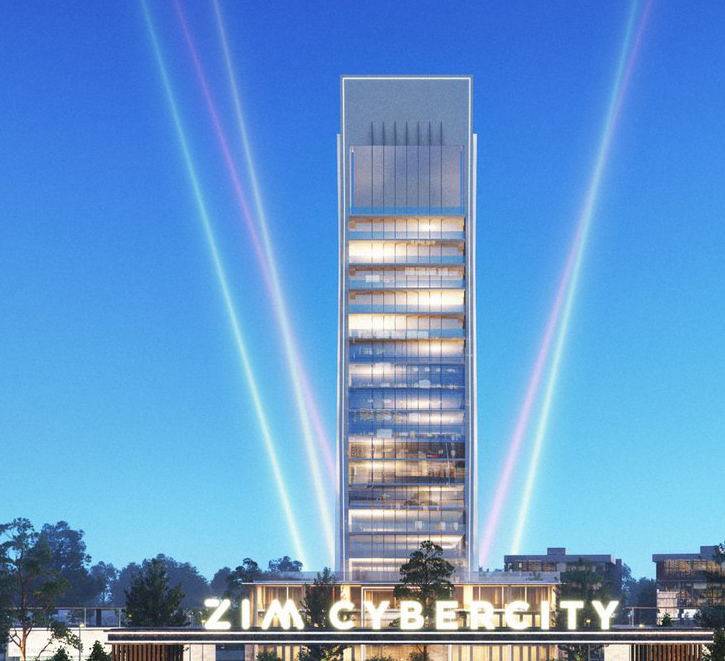 THE definition of a cybercity is: “…a self-contained intelligent city with high quality infrastructure, attractive surroundings and high speed communication access to be developed for nucleating the Information Technology concept and germination of medium and large software companies/Information Technology Enabled Services wherein no manufacturing units may be allowed.”

One would think it’s a dwelling out of this world only found on movie settings aboard a Star Wars ship or some sci-fi movie.

But it’s coming to Zimbabwe!

The world is in the fourth industrial revolution and Zimbabwe will not be left out. The Zim Cyber City will usher the nation into the revolution.

When we talk of a cyber city, we can never run away from 5G network and artificial intelligence, after all the city is smart.

I stumbled onto two definitions of the phrase cyber city. In urban Anglo-Saxon theory the cybercity debate is polarized into two opposing trends: on the one hand that of the technophiles, who describe the cyber city as a space of freedom, democracy, connection, equality and individualism that can put an end to the problems of the traditional city.

That is true because the emergence of internet shrunk the world to a global village and one can manourever around this village while sitting under a musau tree on a seven-inch screen or smaller, well depending on the gadget of choice, and network availability as well.

On the other hand, that of the technophobes, who understand that the “…cyber city is a space of control, segregation, fragmentation, polarization and isolation that can finish off the traditional city.”

Technophobes feel it will create individualism and obviously increase the gap between the ‘haves and have nots’.

The most advantageous point is most cities will be able to tap into the technology of the cyber city and develop from there.

Of the two definitions, it’s proof of two generations, the former being the young who have embraced technologies and know their way around it using it to their advantage and generating wealth out of it.

If you ever get the time, take a walk through metaverse, it’s a parallel universe on its own, a topic for another day.

The older generations sometimes scoff at tech and advocate the younger generation to work hard while the millennials and their comrades born after the millennium use the mantra ‘work smart’.

The backbone or the heart of a functional cyber city is artificial intelligence.

The city is smart. Everything about it is smart and definitely a cyber city encourages the use of clean energy, minimizes the carbon footprint as much as possible to save the planet from global warming and climate change challenges.

A cyber city hosts a network of a combined adequacy in intellectual capabilities and well-resourced services and infrastructures that are properly co-ordinated in an internet-sustained grid developed specifically to make the supply and demand for utilities, products and services more efficient for residents and tourists visiting the cities.

The overall expectation is to create a harmonised environment wherein the city’s infrastructure and inhabitants coexist in an overall efficient way with mitigated sense of expectation of the unknown. There is Internet of everything and everyone in the city.

The Zim cyber city will include technology infrastructure, different public and private institutions within the city, and the general population harnessing to their benefit the potentials offered by the city.

To this end, the quality and efficiency of the information communication technology network and delivery are cardinal.

This serves as the foundation for the proper organisation of knowledge and the generation of intellectual capital needed for the effective management of both private and Government affairs in the city.

Also, there is a lot of room for constant innovation in the different city activities, especially with regard to security challenges emanating from exposure of critical infrastructure grids to hackers and some other mischief makers.

Also, services like water delivery, power supply and solid waste removal are remotely monitored through sensors installed at various points around the city that would signal for immediate response in the event of an anomaly.

Furthermore, the cyber city will embrace e-governance. Citizens will be able to remotely participate in the governance of their city by electronically submitting their concerns via Government apps and portals.

This citizens’ participation will be equally supplemented by closed-circuit television cameras installed in busy areas of the city and around critical infrastructure and are remotely monitored, being part of the security component of the cyber cities.

There is a down side to a cyber city if it is mismanaged or if there is a power outage or data breach through hacking, among other ills.

With most of the cities’ infrastructure and activities linked to the internet, any interruption in either power supply or physical accident affecting the network can significantly lead to the disruption of many city activities.

This could mean service delivery would be affected at various levels in terms of data, money and resources for the Government, organisations and individuals.

Also, cyber cities are exposed to enormous vulnerabilities, including hacking of systems, resulting in the theft of vital information from individuals and organisations or data for nefarious use or for ransom.

To this end, it becomes very concerning when individual privacy is compromised in several routine activities of urban life, including the use of city cameras and scanners for vehicle license plates for municipal surveillance and/or crime control.

The insecurities in the cyber world remain common sources of concern as the phenomenon of cyber cities continues to capture the imagination of modern city planners. In as much as any security breach poses potential devastating losses to the city, its infrastructure and inhabitants, we are now in the fourth industrial revolution and cyber cities are here to stay.

Solutions can be found — it is an intelligent city after all and innovations wwould be constantly rolling in.

Investing in innovative technologies over time substantially reduces the overall cost of running the city, while delivering efficient and timely services to all residents and providing a conducive environment for city activities.

Smart cities are a good place for incubation innovation hubs and young innovators.

I encourage the youths to find their niche in the upcoming cyber city and mark their place in the fourth industrial revolution.

It is an era for inventors and innovators to come up with inventions and innovations that will help in the running of the city and generate income.