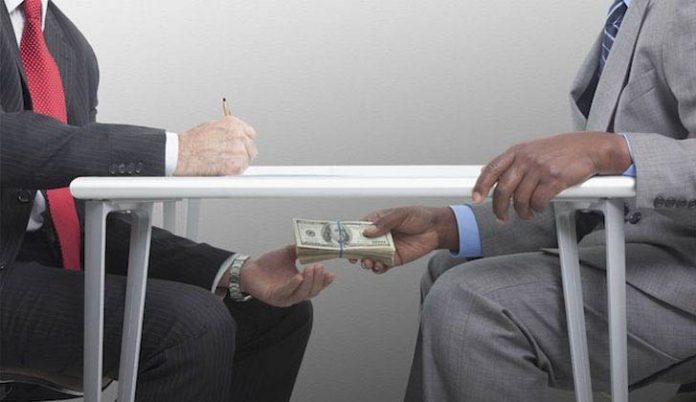 THE key aspect of the new dispensation has been to transform the country’s economy through an array of policies that include engagement and re-engagement but there remains resistance from Western countries that imposed economic sanctions on Zimbabwe.

It is from that import that narratives about Zimbabwe ought to centre on its reform progress, with particular focus on President Emmerson Mnangagwa’s Vision 2030.

This is so when attention is given to the areas of re-engaging the West, re-alignment of laws and the culture of coming together to talk as a nation under Political Actors Dialogue (POLAD) platform.

One of the winning elements by the Government of Zimbabwe is its effort to end Zimbabwe’s isolation from the community of nations and rectify the economic estrangement that the country has been facing for more than two decades now.

The intention has been to reintegrate and restore Zimbabwe into the family of nations.

Those reforms are in line with the Transitional Stabilisation Programme (TSP) and Vision 2030.

And that reform agenda should, however, be solely on Zimbabwean terms and dictates.

Since his inauguration, President Mnangagwa has made efforts to normalise relations with the West, particularly countries like Sweden, Australia, the UK, Germany, the US and France.

Zimbabwe’s re-engagement with the West aims to revamp business and trade relations.

Re-engagement with the West means bringing everyone on board such that Zimbabwe achieves Vision 2030 and creates an upper middle-class economy through full participation of the citizens, the Government, the opposition parties and the Diaspora community.

Instead of embarking on wholesome indigenisation, Government has, instead, created room for foreign ownership through a win-win arrangement.

In line with its transformation agenda, Government also launched the National Investment Policy in August 2019.

There is also non-discrimination between foreign and domestic investors.

Bilateral Investment Promotion and Protection Agreements (BIPPAS), whose violations are often touted as the reason for the imposition of sanctions by the West, have been respected and honoured.

Another achievement is that the Government has tried to spend within the budget, containing the wage bill and using surpluses to finance public services projects.

The Government has also been fighting inflation through tightening of the fiscal and money supply growth.

There have also been currency reforms with Zimbabwean Bond currency being used to regulate cash flow.

Recently, there has been foreign exchange liberalisation, with market-based interbank rates applying.

Another crucial step that the Government has taken is to ensure compensation of foreign farmers by disbursing US$53 million to affected farmers.

Elderly farmers have also benefitted from this programme.

This year, the Government set aside ZWL380 million towards partial compensation of the former farmers.

There has also been the downsizing of the farms to ensure that more people have access to land and that land is utilised and managed productively.

Foreign investors are allowed to remit dividends through the financial system.

The Government, under President Mnangagwa, also established a one-stop investment services centre while gazetting the Zimbabwe Investment Act is expected to be fully functional by the end of 2020.

Regarding the devolution thrust, there has been increased budget allocation to support provincial developmental programmes.

Provinces are expected to move on with development projects for their individual areas.

Another area regarding progress in reforms has been the democratisation reforms done by the Government.

One of them is the realignment of laws with the Constitution which has been a progressive move.

The Public and Order and Security Act (POSA) was repealed and replaced with the Maintenance of Peace and Order Act (MOPA).

The process of repealing and replacing the Access to Information and Protection of the Privacy Act (AIPPA) is underway.

Regarding fighting corruption, the Government, through Zimbabwe Anti-Corruption Commission (ZACC), has been capacitated to fight corruption by being granted arresting powers.

The Government has also taken a move to foster national unity, peace and reconciliation through initiating POLAD, a platform for political parties that fielded presidential candidates in the 2018 harmonised elections and it was launched in May 2019, where almost all political parties were represented except the MDC-Alliance.

POLAD shows that engagement starts within, and reflects unity of purpose among political candidates and parties as President Mnangagwa said:

People can come and go, but the state is more important.”

Also, repeated calls by the Government on the clean-up campaigns have also helped conscientise individuals and organisations on the importance of cleaning up in Zimbabwe.

President Mnangagwa launched the national clean-up campaign under the theme ‘Zero Tolerance to Litter — My Environment’ on December 5 2018.

He emphasised that the clean-up campaign ought to be carried out between 8am and 10am every first Friday of the month.

The nation of Zimbabwe has been facing challenges in waste management.

President Mnangagwa’s administration has made considerable progress on political, economic and legislative reforms.

Therefore, the thematic framework regarding Zimbabwe is not supposed to be one-sided in nature, citizens must be part of the ongoing efforts for success to be achieved.