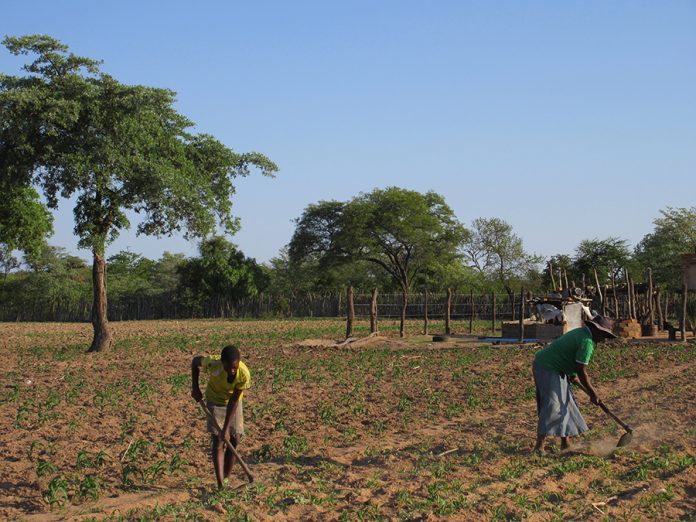 IN the mid-20th Century, the term agrarian or land reform was an abhorrence in most of the First World.

Typically, the American Government either disregarded or ignored it when it happened, or disapproved of it altogether.

When Fidel Castro, from Cuba, declared his agrarian reform and called upon other regional Latin-American countries to follow his revolutionary lead, the US immediately moved to counteract what they viewed as his ‘disrupting impact’ through the two American continents.

To comply with the US call, almost all administrations in Latin American drew up grandiose and protracted laws to qualify for American aid.

Dominant political elements in other countries were indifferent, if not opposed, to altering the land tenure structure; thus, action was mostly limited to tokenism.

This situation has been repeated throughout the world, so that landlessness today remains one of the world’s most crippling problems (including in Zimbabwe and Africa).

With ever-growing populations, the pressure on land is increasing.

Land and land reform are, in several developing countries, contemporary issues considered more critical today than they were decades ago.

Since 1990 in sub-Saharan Africa, 32 out of 43 independent states instituted land reform processes and introduced reforms to streamline land legislation, land administration and land court systems, as well as facilitate markets in land.

With investors, both domestic and foreign, contributing to compete over land, as they seek land to grow crops for world markets, violent conflicts over land will continue across the African continent as governments seek to address the challenges posed by land use and land ownership.

In Zimbabwe, land and politics are deeply intertwined.

According to some, land reform in Zimbabwe officially began with the Lancaster House Agreement that was signed in 1980. However, land has been the source of political conflict since colonisation began in the late 1880s.

Deprivation of land was at the centre of the liberation struggle. At Lancaster House, an equitable redistribution of land for the landless people was sought without damaging the white farmers’ vital contribution to Zimbabwe’s economy that accounted for some 40 percent of exports and provided a livelihood for over 30 percent of the paid workforce while generating 80 percent of the country’s total agricultural output.

This was a vital contribution to the country’s economy that was underpinned by agricultural exports.

In fact, Zimbabwe was once so rich in agricultural produce that it was dubbed the ‘bread basket’ of southern Africa.

In 2001, Zimbabwe was the world’s sixth-largest producer of tobacco.

At independence from Britain in 1980, the newly-elected Zimbabwean authorities were empowered to initiate the necessary land reforms. Margaret Thatcher’s Government agreed to finance half the cost of this reform, as long as land was bought and sold on a willing-buyer-willing- seller basis, in an effort to more equitably distribute land between the marginalised indigenous subsistence farmer and the white settlers, many with vast underutilised tracts of land.

By 1988, however, the land resettlement grant was mostly spent.

When the funds made available by Thatcher’s administration were exhausted, British Prime Minister Tony Blair’s Labour-led Government terminated the arrangement and repudiated all commitments to Zimbabwe’s land reform.

Zimbabwe’s land redistribution was the most crucial and most bitterly-contested political issue; criticised for the violence and intimidation which marred several of the land expropriations.

During the Lancaster House talks, both ZANU and ZAPU leaders, Robert Mugabe and Joshua Nkomo respectively, insisted on compulsory land redistribution by seizure, without compensation, as a precondition to a negotiated peace settlement.

But they were bound by ‘sunset clauses’ in the Lancaster House Agreement that gave special protections to white Zimbabweans for the first 10 years of independence.

It was agreed to not engage in any ‘compulsory land acquisition’ and that, when land was acquired, the new Zimbabwe Government would ‘promptly pay adequate compensation’ for it.

To secure Mugabe and Nkomo’s support for the proposed constitutional agreement, Lord Carrington mediated during the talks on behalf of Britain, declaring: “The United Kingdom would be prepared to assist land resettlement with technical assistance and financial aid.”

Similarly, the American Ambassador in London gave his assurances that the US would likewise contribute “…a substantial amount for a process of land redistribution and they would undertake to encourage the British Government to give similar assurances.”

In recognition of their economic contribution to prevent a mass exodus of white farmers and the possible economic collapse of the country, the new Zimbabwe Government agreed with the British-proposed constitutional clause in the new Zimbabwean Constitution (1980), underscoring property ownership as an inalienable right enshrined in Section 16 of the Constitution.

As stipulated in the Lancaster House Agreement, for at least 10 years, farms could only be taken from white farmers on a ‘willing-buyer-willing-seller’ principle, even though these farmers owned 73,8 percent of the most fertile land suited for intensive cash crop cultivation and livestock grazing.

They were not to be pressured or intimidated and, if they decided to sell their farms, they were to determine their own asking prices, unless a farm was unoccupied and not being used for agricultural activity.

The goals were to ensure abandoned or underutilised land was being exploited to its fullest potential to provide opportunities for unemployed, landless peasants.

Under the Conservative Party (in power from 1979 to 1997), the British Government favoured redistribution based on Government purchase of land from willing sellers at full market prices, for which it provided £44 million through a ‘land resettlement grant’ and budgetary support to the Zimbabwe Government during the first two decades of independence.

Zimbabwe’s Government reaffirmed its commitment to land reform, since land reform was necessary to alleviate overpopulation in the former tribal trust lands (TTLs — now known as communal areas) to extend the production potential of small-scale subsistence farmers, and improve the standards of living of rural Zimbabweans.

As a consequence, the first phase of Zimbabwe’s land reform programme was generally regarded as unsuccessful.

The domestic budget could no longer sustain resettlement measures and, despite British aid, the number of farms being purchased gradually declined for the remainder of the decade.

By 1986, financial restraints and an ongoing drought were two of the overriding factors influencing the slow progress of land reform.

This also hindered the local Government’s capacity to build sufficient roads, clinics and schools for the large numbers of newly-resettled people in the new areas.

In 1985, Parliament of Zimbabwe passed the Land Acquisition Act giving Government first right to purchase excess land for redistribution to the landless.

The Act empowered the Government to claim tracts adjacent to the former TTLs and mark them for resettlement purposes, provided the owners could be persuaded to sell.

Between April 1980 and September 1987, white-owned land was reduced by about 20 percent — leaving most of the fertile land still under white ownership.

Land acquisition and resettlement slowed down.

Dr Michelina Rudo Andreucci is a Zimbabwean-Italian researcher, industrial design consultant lecturer and specialist hospitality interior decorator. She is a published author in her field. For comments, please e-mail: linamanucci@gmail.com