WITH the winter season upon us, high rates of flu and other cold-induced infections are expected to rise and spike coronavirus infections.

From early April into mid-May to June, many people across Zimbabwe are coming down with flu.

During the winter season, people tend to spend most of their time indoors with most gatherings held indoors making the risk of contracting respiratory infections high.

The viruses spread through the air when someone speaks, coughs or sneezes.

Viruses can be passed on through objects that an infected person has touched, coughed or sneezed on. When a healthy person touches these objects and proceeds to touch his/her mouth or nose, the chances of the virus entering his/her system multiplies a hundred fold.

Already a flu bug is going around.

Since the beginning of the year Zimbabwe has recorded 77 935 cases of flue.

Zimbabwe recorded 10 756 suspected influenza cases within a week in the month of April, sparking concerns of a flu outbreak in the country.

According to the Ministry of Health and Childcare, Mashonaland Central and East provinces had the highest cases, recording 3 173 and 3 041 respectively.

Authorities, however, said the cases were not connected to COVID-19.

Just last week, in the last days of April, a flu bug hit the Highlanders football camp ahead of their match against Chicken Inn at Barbourfields Stadium. They were forced to train without some of their key players.

Flu is a respiratory illness caused by influenza viruses that infect the throat, nose and, sometimes, lungs.

It can cause mild to severe illness and, sometimes, death.

Of course one can merely shrug and say, we have been through the worst with COVID-19; we have had to take it all in our stride with its flue-like symptoms and in the process have gained immunity, therefore, we shall prevail over any other flues and colds that come our way.

But that is not the right way to think as flu is not COVID-19 and vice versa.

Both the flu and COVID-19 are caused by viruses, and these viruses spread in similar ways and cause many of the same signs and symptoms.

Those with underlying conditions and are older are at risk of severe illness or complications from both flu and COVID-19.

These complications include pneumonia, respiratory failure and acute respiratory distress syndrome (fluid in lungs), among other things.

Early data suggests that a Fifth Wave of COVID-19 may be looming in South Africa. Infections and test positivity rates rose sharply last week as they did at the beginning of the omicron wave.

They are believed to be driven by the BA.4 and BA.5 omicron sub-variants. The country’s positivity rate has risen to nearly 18 percent, according to the National Institute for Communicable Diseases (NICD).

The Centre for Epidemic Response and Innovation (CERI) announced that: “…. the Fifth Wave has arrived.”

BA.4 and BA.5 have risen to make up more than half of cases over the last few weeks.

Gauteng once again appears to be the epicentre of the outbreak, with 3 145 daily cases reported and a rolling seven-day average of more than 2 000. Positivity rate in the province rose to 20,2 percent from 11,9 percent.

However, South Africa’s Health Minister stated during a media briefing in the country on Friday, April 29 that it was still too early to declare the arrival of a Fifth Wave.

Said the Minister: “Whichever way we look at it, it does suggest that we may actually be entering the Fifth Wave much earlier, we just have to wait for a few more days, maybe another seven days, to be very sure that this was not just a sporadic tick but a sustained uptick (sic)”

Though the COVID-19 cases have been low in Zimbabwe, a spike in cases in South Africa requires us to be vigilant as we have very close relations with our neighbours.

Both flu and COVID-19 have varying degrees of symptoms ranging from being symptomatic to  asymptomatic.

Shortness of breath or difficulty breathing.

Basically this means that one cannot tell whether one have a flue or COVID-19 by looking at symptoms alone.

Tips for staying healthy this winter

Exercise is important, especially during the winter season. A daily exercise routine or any form of physical activity helps keep the body warm and helps boost the immune system.

Fruits and vegetables are rich in vitamin C, so be sure to have plenty of these.

Get some vitamin D. Take time to soak in the warm sun whenever it is out.

Drinking lots of water helps balance body fluid while cleaning our system and getting rid of toxins.

How can you avoid getting a cold, flu or COVID-19?

One can reduce the risk of infection from these viruses by following the standard procedures of:

Getting your flu shot and COVID-19 vaccine is another way of fighting these viruses.

According to health practitioner Dr Harris Chimuka, the same measures used during the COVID-19 pandemic are the ones to be used for the flu. He urged people to take supplements of zinc and vitamin D. 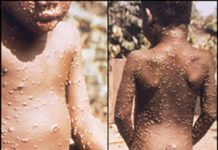 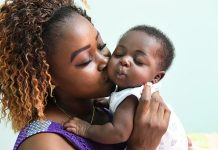 Of blood clots and COVID-19