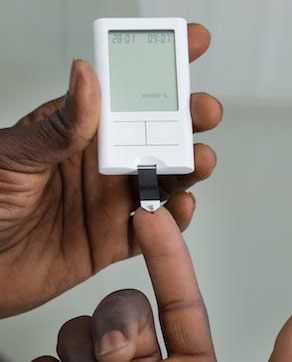 HYPERTENSION and diabetes are some of the most troublesome chronic conditions many people have suffered.

There are many factors that have escalated these conditions, hence the need to keep on stressing and talking about them.

Chances are we all know someone who has one of the two conditions or even both.

The emergence of the COVID-19 pandemic also brought issues of chronic conditions to the fore as most fatalities came from those with underlying conditions, such as hypertension and diabetes.

According to statistics, 46 percent of adults with diabetes are unaware they have it and by 2040, 642 million people will have diabetes.

A talk with one of the medical practitioners enlightened me to a certain extent. I was curious as to why the percentage of those living with chronic conditions had tripled over the past few years.

“For instance, when you move around town, the places with the briskiest business are the fast food outlets in the country. They are forever full regardless of time and day. This points out to the fact that less and less people are eating healthy meals, then we have a number of people who can no longer walk as they have become accustomed to moving only when behind the wheel.

“We can factor in a lot of things at this point but certainly our lifestyle is nothing like it used to be hence we find ourselves in the situation we are today. It is good to note though that there are many ways to remedy that at this point, especially those who are pre-diabetic.”

Hypertension and diabetes are conditions that complement each other in most cases.

A person with one condition is at an increased risk of developing the other.

In some cases, one condition can potentially worsen the other. Hypertension, like diabetes, is mostly a silent disease.

There are tests that can be done to identify whether a person has hypertension or diabetes.

Hypertension is when blood pressure is over a specific threshold that requires treatment.

It is not something one would notice or feel as it is a silent disease.

Blood pressure is the force with which blood is pumped around the body.

High blood pressure can affect anyone.

Many people are moving around without knowing they may have hypertension.

Most people do not exhibit any symptoms at all and usually find out following a routine blood pressure test.

What is considered to be normal is systolic below 120 and diastolic above 80.

When the doctors say blood pressure is elevated, the systolic is 120 to 129 while diastolic is below 80

Diabetes is the result of insulin problems and is caused by the body’s inability to either develop enough insulin or to be able to use the insulin that it produces.

Insulin is a natural hormone produced by one’s body and it is given the task of taking the sugars you consume and turning it into energy that the body can use.

Again with diabetes, some people do not present any symptoms for the disease.

However, sometimes they do appear and the symptoms include extreme fatigue, the need to urinate frequently, excessive hunger or thirst, blurred vision or having a wound that takes time to heal.

According to statistics, two in three people with diabetes have hypertension.

The combination of the two diseases can hasten the risk of developing kidney diseases or cardiovascular disease.

Failure to get treated can lead to a stroke, heart attack or even kidney failure.

Managing these conditions well can help one live a normal life without any complications.

Let us do the best we can to maintain healthy lifestyles. 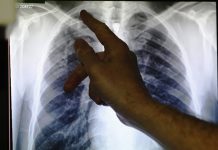 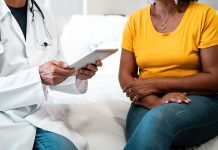