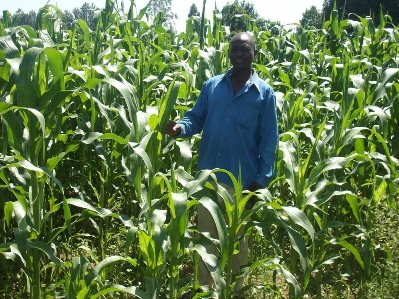 AS the country celebrated the coming of the year 2014 farmers were busy in the fields preparing for the harvesting of crops such as maize, small grain and cotton while tobacco growers were in the final harvesting stage.
It is only a few days before 2014 comes to an end and the 2014/2015 cropping season is underway with efforts being made by stakeholders to ensure it is a success.
Concerted efforts have been made to turn around the sector despite challenges such as limited farmer support to finance the crop production in terms of inputs as most farmers lack collateral to borrow from the bank and tight liquidity constraints.
Government guided by the Zimbabwe Agenda for Sustainable Socio-Economic Transformation (Zim-ASSET) reaffirmed its support for the sector saying food security would be its major priority.
The Agriculture, Mechanisation and Irrigation Development Ministry reported that last season, maize hectarage increased by 18 percent from 1,4 million hectares (ha) planted during the 2012/2013 season to 1,6 million ha.
The increase was attributed to increased input support schemes and a fair rainfall distribution.
Despite the increase in production, the annual grain requirement targets were not met as production fell below the two million tonnes required annually.
During the 2014 marketing season, Government had to intervene in the wake of farmers who were being ripped off by private buyers who were buying maize at US$180 which was below the US$390 producer price it had set.
Statutory Instrument (SI) 122 of 2014 was gazetted making it illegal to purchase maize for less than US$390 per tonne.
Funds were availed to the Grain Marketing Board (GMB) to purchase maize, however, some farmers are yet to be paid by the parastatal and this is threatening the success of the current season.
Tobacco growers were smiling all the way to the bank in 2014.
Production of the golden leaf increased to 215,7 million kilogrammes (kg) valued at US$682 million at the back of increased growers.
In 2013 local production stood at 165 million kg.
This season more than 70 000 farmers have registered to produce tobacco.
Locally produced tobacco has remained popular on the international market.
The year 2014 did not bring any joy for the cotton and wheat production sectors as production continued to decline.
Price disputes and low returns have resulted in farmers abandoning white gold production switching over to the golden leaf which has proved to be lucrative.
A new selling model approved by the Agriculture Marketing Authority (AMA) ,where farmers and ginners directly negotiate for the producer price was introduced in a bid to avert price wars.
In the past AMA would chair and approve price negotiations by stakeholders in the cotton industry and set a price guide.
Farmers are selling their cotton at prices between US35 cents to US65 cents depending on the grade, prices which they raised concerns over.
Wheat farmers continued to bemoan the high production costs and liquidity constraints.
Small grain farmers had a fairly good year as prices offered on the market were lucrative; however, efforts have to be made to increase production.
A tonne of soya beans was fetching between US$450 and US$500, sugar beans was going for at least US$1 000 per tonne and groundnuts US$900 per tonne.
In the livestock sector minimal growth was recorded with the Crop and Livestock Assessment report indicating that the national herd had increased slightly by two percent from 5,2 million in 2013 to 5,3 million,
Farmers’ efforts to grow the herd have been derailed by a number of challenges such as lack of adequate funding to purchase feeds, dipping chemicals and loss of livestock to thieves.
Challenges have not demoralised the livestock farmers as they continue to strive to improve their operating conditions.
In June a Livestock Policy Hub (LPH) whose mandate is to review, challenge and assist in the crafting of livestock legislation promoting the growth of the sector was formed.
The LPH plays a key role during the consultations on the livestock policy and acts as a medium between players and policy makers to ensure policies crafted help develop the sector.
The Agriculture, Mechanisation and Irrigation Development ministry and stakeholders in the livestock sector held consultation meetings as part of the draft Livestock Policy review process.
The draft policy which is hinged around issues such as value addition, livestock sector financing, research and extension is expected to promote the growth of local players and ensure the final policy meets emerging trends worldwide.
As the year draws to an end it is hoped lessons from 2014 will be carried through to the coming year and stakeholders will continue to work together to proffer solutions to challenges.