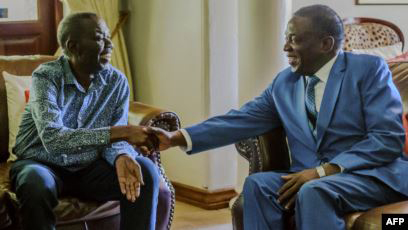 THAT the MDC Alliance or whatever it chooses to call itself is going to lose the 2023 elections is not up for debate.

What is yet to be seen is by how much the opposition will lose that election, and this is all dependent on how ZANU PF performs between now and 2023.

ZANU PF’s performance as Government and its ability as a party to mobilise will determine just how many votes the MDC receives in 2023.

Words that can be used to describe Nelson Chamisa’s tenure so far at the helm of the MDC are ‘failure’ and ‘disappointment’.

The resignation of the late former President Robert Mugabe and the coming in of the new dispensation under President Emmerson Mnangagwa was the beginning of a new chapter in Zimbabwe’s political arena.

When one talks of iconic moments in this new chapter, the meeting between the late MDC-T leader Morgan Tsvangirai and President Mnangagwa at the former’s home was a hint of the direction political relations were going to take under the new dispensation.

Gone was the era where political leaders would shout and rant against their opponents at rallies.

President Mnangagwa took the first step in bringing sanity to our polarised politics by doing the right thing – putting ubuntu/hunhu first and being a politician second.

One could say it was then that President Mnangagwa laid the foundations for POLAD.

It is unfortunate Tsvangirai met his demise at a time Zimbabweans were entering a new era, an era of respect, of putting the people first, of politics taking the backbench and rebuilding the country came to  the fore.

In his later years, one could say Tsvangirai had seen the light and realised that Zimbabwe’s economic freedom was greater than his quest for power.

What has come after Tsvangirai is a young man who has proved to be not only a disappointment, but has failed to adapt to the new political environment.

A man without a plan is a man with no direction

Chamisa grabbed power while Tsvangirai was on his deathbed. It is safe to say he had no plan other than making himself the leader of the opposition and his haphazard actions since that power grab show that, hapana chinozivikamwa.

At each and every turn, Chamisa and his gang of has-been SRC colleagues who are all masquerading as politicians have been fumbling and retreating.

Its politics by trial and error and the clueless supporters are bearing the brunt of these mistakes.

The entire line-up of the MDC leadership once dabbled in student politics during the Mugabe era and their political orientation is basically a reading out of the scorched earth policy.

The ZINASU project, which was borne out of the US Embassy, is proving to be a grand misjudgment in whoever does talent spotting for the regime change agenda drivers.

Since 2018, Chamisa has announced several meaningless programmes and documents which have clearly brought nothing to the national discourse except for the occasionally incitement of his excitable supporters.

Apparently SMART supposedly articulated the MDC’s pledge to create a modern, functional, responsive, inclusive and innovative state characterised by opportunities for all citizens of Zimbabwe.

However, if anything, Chamisa has proved to be one of the most divisive political figures in modern Zimbabwe.

His interpretation of functional is definitely at odds with the rest of the populace; a case in point being the local authorities run by the MDC which have dismally failed when it comes to service provision. Central Government has had to move in to ensure that normalcy returns to urban areas as residents have become vulnerable and exposed to diseases such as cholera and typhoid.

Chamisa would have you believe that he can build an airport at each homestead and yet urban areas, which fall under his purview, cannot even deliver clean water to rate payers.

Hope of the Nation Address (HONA) proved to be another ‘nhava izere mhepo’ as once again Chamisa had no message except for political banter and rhetoric.

There was also the SONA, the so-called plan of action for 2020; we are yet to see what action the MDC will take, besides the occasional failed protests.

The Road to Economic Recovery, Legitimacy, Openness And Democracy (RELOAD) was another hot air balloon.

How does the MDC propose to end Zimbabwe’s current economic crisis when it cannot meet its financial responsibilities.

Speaking of which, has the MDC paid up the costs of his election petition loss at the Constitutional Court?

We have gone full circle on this one, some might not remember, but previously the MDC had the ‘No Reform, No Election’ push but still participated in the past elections.

If you were to ask any MDC supporter, what exactly his or her party’s plan of action is, the likely answer is some regurgitation of Chamisa’s rumblings accusing President Mnangagwa of being illegitimate.

Removing President Mnangagwa from power will not make Chamisa a good leader, neither will it miraculously grow the economy.

Hard work will grow the economy and its common knowledge hard work has never been a certain young man’s strong suit.

For Zimbabweans to take Chamisa and the MDC seriously, he needs to remove the foreign shackles that he inherited and those he went out seeking.

His first action should be calling for the removal of illegal sanctions.

Any leader worth his/her salt in Zimbabwe and across the continent has spoken against the imposition of illegal sanctions on Zimbabwe.

These are the actions of any leader who has the welfare of his people at heart.

Sanctions are hurting Zimbabweans from across the political divide and, as such, no Zimbabwean should be seen rejoicing at their imposition.

The failure by the MDC to provide home grown solutions to the challenges facing Zimbabwe is because its roots are on foreign soil.

The policy documents, the plans of action, the campaigns are all ‘cut and paste’ jobs from Western politics models.

Even the template used to discredit elections in Zimbabwe are right out of the colour revolutions used by the West.

The MDC can never win an election in Zimbabwe, despite attempts by its sponsors to give it an edge through sanctions, throwing money left, right and centre, among other nefarious tactics.

Ideologically, the MDC is bankrupt; its leadership is more interested in grandstanding and power consolidation than mobilizing the grassroots, most importantly, the MDC and its handlers have made the fatal mistake of believing that Harare is Zimbabwe and, as such, fail to articulate issues that affect the real Zimbabwe.

His political posturing is likely to increase as he spins out of control trying to maintain a grip on a political party he is ill-equipped to handle.

His failure to articulate the real Zimbabwean questions and rush to ingratiate himself with those who seek to reverse the gains of the revolution will continually haunt him no matter how much he prays and fasts.

Sometimes it is not about praying and fasting, but about changing one’s ways. 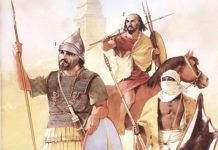