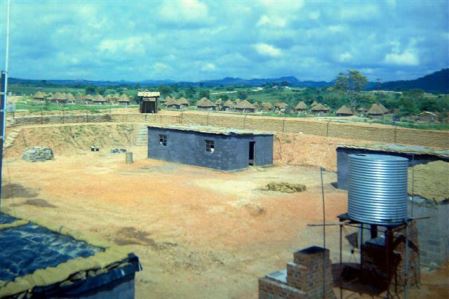 AMONG the most awful effects of war, besides loss of life, is displacement, the process of being uprooted from familiar territory and being placed into an unknown domain.
Rhodesians uprooted thousands of Zimbabweans, forcibly placing them in the so-called Protected Villages, the infamous ‘Keeps’.
Rhodesia’s Keeps were hell.
Thousands of people were moved from their rural homes in northern and eastern Zimbabwe into these Keeps run by the Rhodesian Forces.
The relocation of people into these Keeps was done in an effort to prevent rural civilians from supporting the freedom fighters through provision of food and intelligence.
Having adopted guerrilla warfare and using the late Chinese leader Mao-Tse-Tung tenets that the people were water while the fighters were fish, the guerrillas cultivated a solid and strong relationship with the masses.
And the creation of ‘Keeps’ was a move by Rhodesians aimed at making the fighters helpless.
The ‘Keeps’ did not have the desired effects of slowing the momentum of the war and getting the guerrillas out of the brutal and harsh business of liberating the country.
But the people in ‘Keeps’ suffered.
Conditions in these villages were horrible, there were massive human rights abuses including wide-spread malnutrition.
The ‘Keeps’ policy was combined with ‘Operation Turkey’, the code name given to the policy of destroying crops in rural areas in an attempt to cut the guerrilla’s food supplies.
The destruction of the crops hit hard the people in the ‘Keeps’ as the Rhodesians did not supply adequate food to cater for the losses incurred after plants were destroyed.
This form of organised violence against civilians severely affected children.
In an interview with The Patriot 90-year-old Lizzy Mungati of Mugadza Village, Murewa, described the ‘Keep’ as hell on earth.
Though now of advanced age, memories remain etched in her mind and have not faded of life in ‘Keeps’.
“The Rhodesians on realising that the strength of the guerrillas was getting a boost from the masses they decided to put us in pens like cattle. Their intention was to monitor our movements and ensure that freedom fighters did not get support,” said Mbuya Mungati.
“Takakokorodzwa misha yese tikaiswa mukipi, takasiya zvipfuyo, mombe, mbudzi nehuku. Zvipfuyo zvedu zvakaparara nekuda kwemabhunu.
“Tairohwa zvakaomarara kana tikafungirwa kuti tirikupa magandanga zvekudya,” she said.
Mbuya Mungati said the living conditions were worsened by overcrowding.
“People stayed in pole and dagga houses which had no ventilation and there were no toilets. The sick suffered horribly as there were no clinics and medical practitioners to assist patients,” she said.
Though villagers were, after a long time, allowed to leave the ‘Keeps’ to do field work and young boys to herd cattle, it did not improve the situation.
“Everyone who left the camp was thoroughly searched. Food rations for anyone leaving for the fields and herd cattle was checked.
“Anyone caught leaving the protected village with food ration of more than one person was severely beaten and punished.”
Everyone had to be in the ‘Keeps’ by six O’clock in the evening those that failed to make it on time were severely punished and others died as a result of the punishment that included all forms of torture.
Mbuya Mungati said Rhodesian cruelty and separation from the freedom fighters did not deter them from supporting their war.
“We organised ways of smuggling food to feed the guerillas. We did not give up because we were separated from the fighters.
“Women and young girls carried pots of food on their backs putting babies on top. This worked as initially the Rhodesians never suspected women would be that clever,” she said.
Mbuya Mungati said the British government had to compensate people who lost their property while in protected villages.
Many children, she said, dropped out of school while many died after being tortured by Rhodesian forces accused of being collaborators.
The bitter Mbuya Mungati said Rhodesians must be put on trial for violating human rights.
“We stayed in the protected village for five years, our homes and livestock were destroyed, our children’s education was disrupted and we lost relatives and friends who were murdered by the Rhodesians in protected villages.
“Our children were traumatised by the gruesome torture they were forced to experience as a way to deter them from collaborating with guerrillas. The right thing is for the British to compensate us,” she said.
Joseph Mazarura, who was forced into a Keep in 1977 with his family in Mutoko, Chitekwe Village, said he will never forget the horrendous experience.
“We had a difficult time in protected villages. People were interrogated on a daily basis with torture being the main part of the interrogation.
“In most cases we were forced to witness the beatings of those suspected of collaborating. Children would watch their fathers and mothers brutally beaten.
“My father was beaten after the Rhodies learnt that my brother was a guerrilla and he died as a result of wounds sustained from the beatings,” he said.
Notorious Rhodies like Roy Bennett, Iain Kay and David Coltart were among the whites who wreaked havoc on innocent villagers whose only crime was aiding guerrillas in the fight to attain independence.