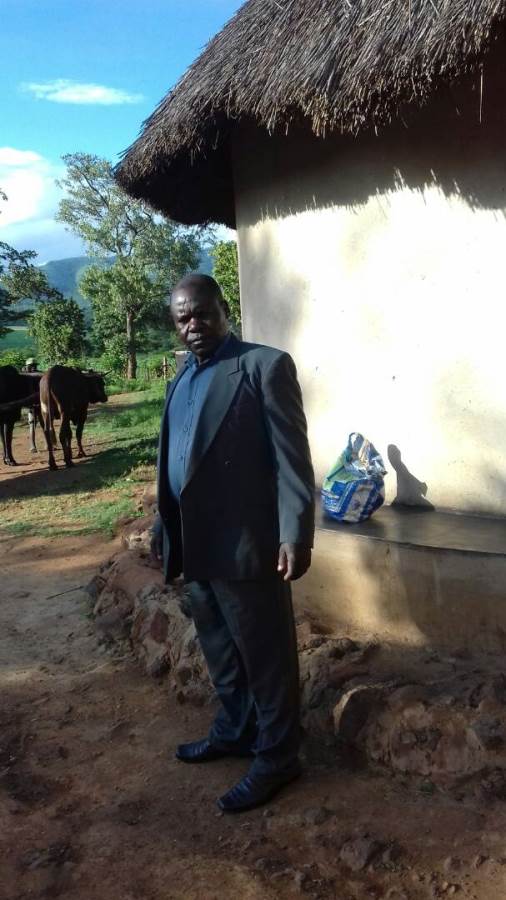 A GIRL, chimbwido, came running, out of breath, shouting: “Masoja, masoja!”
We were at the homestead of Sabhuku Ndarowa in Chirarwe, Mutasa District, in Manicaland Province.
The previous night we had had a successful pungwe, attended by many people from the village.
We had, throughout the night, oriented them and sang liberation struggle songs boosting everyone’s morale, including ours.
The presence of Rhodesian soldiers in the area was not a good omen.
And they were headed for the headman’s homestead.
We were a group of seven guerillas and our commander was Cde Rex Tichafa.
The girl ran into a cooking hut at the homestead to alert those inside of the impeding danger.
But it seems the soldiers were hot on her heels for, before any action could be taken on the information, they arrived at the homestead.
This was the work of a sellout.
The Rhodies had definitely received information about our presence in the village, specifically that we were at the headman’s homestead.
When they arrived, we were in one of the rooms at the homestead but they assumed we were in the kitchen, a hut which also housed some villagers.
We were a highly trained unit with vast experience, having been involved in a number of battles.
Instinctively, we took cover, seeking vantage points to engage the Rhodesians.
We calmly and quietly listened to what was going on in the hut.
Since we were at a homestead with innocent civilians, we were not eager to engage the enemy — we did not want the villagers to be caught in a crossfire.
With our ears close to the ground, we closely followed what was happening outside.
The villagers were in big trouble, they were in very hot soup for accommodating terrorists.
The Rhodies wanted to know who had fed us and what we were doing in the village.
We heard screams and groans as men and women, including unfortunate children who were present, were beaten.
The beating was merciless and carried out indiscriminately.
The Rhodies did not care whether it was a woman or a child, ever one got a fair share of their torture.
The soldiers had everyone lying down on the floor.
It was around 10am.
The soldiers asked the villagers to call everyone present at the homestead into the kitchen.
The consequence of being found out by the soldiers were dire; gunfire would be exchanged and the safety of the villagers would not be guaranteed.
The sabhuku, if he survived, would almost definitely be killed for hosting ‘terrorists’ and his homestead burned as well.
Cde Rex ordered us to remain where we were and we complied.
Pange pakaoma ipapa, takararama nemidzimu.
Midzimu yedu yakaramba ikamira nesu.
The person who went out to summon everyone to the kitchen skipped the house in which we were.
We planned to sneak out when everyone was in the kitchen.
What we did not know was that the soldiers were about 15 and some had remained hidden in the maize field.
It wasin March 1977 and the war had intensified.
The Rhodies, at this stage of the war, were now desperate and the guerillas had now evolved into a lethal force.
Cde Rex ordered us to leave the house and disappear in the maize field before the Rhodesians began searching the homestead on their own.
As we crawled out of the house, the soldiers who were in the maize field spotted us.
All hell broke lose.
Pakaridziranwa ipapo, panga paipa.
We exchanged fire with the enemy for a couple of minutes.
We stood our ground and continued firing back mercilessly but tactfully.
The villagers in the kitchen remained inside.
The soldiers who were inside joined their compatriots outside.
We were not shaken or disheartened by being outnumbered; our number one priority was engaging in manoeuvres that ensured the safety of the villagers.
It was at this moment that I fully appreciated the fact that we had become a mean force, so to speak.
Only one of us got shot in the arm.
Despite being outnumbered by the Rhodies, we stood our ground.
The Rhodesians recorded three casualities on this day.
We retreated into the banks of Nyadora River while the Rhodies fled in another direction.
The villagers’ confidence in us grew.
We were now a force to reckon with and we went on to create many liberated zones that were no-go areas for the Rhodies.