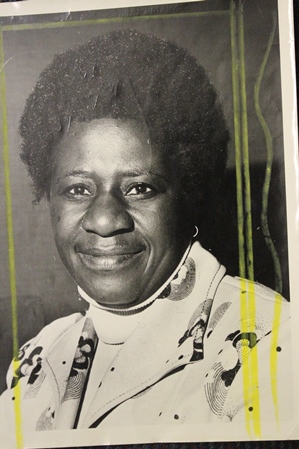 A LOT has been said about the late National hero, Dr Nathan Marwirakuwa Shamuyarira who succumbed to a chest infection at West End Hospital in Harare on June 4 2014.
He was 85 and was buried at the National Heroes Acre last week.
That he was a renowned patriotic journalist is an undisputable fact, but perhaps the most interesting point about Dr Shamuyarira was the unconditional love that existed between him and his wife Dorothy Mandimika, a nursing sister originally from Mutare.
President Mugabe said something interesting while addressing thousands of mourners who gathered at the National Shrine to bid farewell to Cde Shamuyarira.
He said he went to visit Cde Shamuyarira during his last days and realised that the late national hero could barely open his eyes, could not recognise people and was unable to sit.
However, his wife Dorothy was by his side always.
President Mugabe said Amai Shamuyarira was faithful to her husband, something that all Zimbabwean couples must emulate.
“I sat for two hours,” said President Mugabe.
“He could open his eyes a bit, but there was his wife for him, so faithfully ‘glued’ to her husband.
“I felt not just for Nathan, but for the wife too.
“I knew the love that was between them.”
President Mugabe said Dorothy was always on Dr Shamuyarira’s lips.
He said couples in the country must take heed of the sort of love that Dr Shamuyarira shared with his wife.
“Shamuyarira could never, never see me and not talk about ‘Dora’ ‘Dora’ at home,” he said.
“We don’t have this, we don’t have this, oh! Dora is not well, Dorothy.
“That is the love, true love of husband and wife we would want to see sustaining the marriages of many of you, many of our people.
“But we are saying to her yes, you have lost him and what we have done here is not just a celebration of the man or the party or the members of the party.
“It is for the people of Zimbabwe as a whole and for you Dora also because you contributed to what he became.
“You were with him the whole way through and whatever we sing as praise for him its praise you also share, we will not forget the good he has done.”
President Mugabe’s message of faithfulness comes at a time when numerous marriages are breaking down mostly because of infidelity.
The recent Alick Macheso and Fortunate ‘Tafadzwa’ Mapako’s divorce is one of the many cases of marriages in the country that are collapsing.
Turning to Dr Shamuyarira’s political career, President Mugabe described Dr Shamuyarira as an astute politician who was influential in the formation of Dare reChimurenga together with the likes of former ZANU National Chairman Cde Herbert Chitepo in Lusaka.
He chronicled the life of Dr Shamuyarira during the liberation struggle and praised him as a principled man who was people oriented.
Even after independence, President Mugabe said, Dr Shamuyarira was an outstanding leader who promoted unity through the media.
He said the late national hero corrected the bias in the media and improved the Information Ministry in the country, addressing the rights and interest of the majority of Zimbabweans.
“It is that press we would want to continue to vindicate our rights, to vindicate our honesty, to vindicate our culture and
To Page S7
From Page S2
tradition, to expose our freedom,” President Mugabe said.
President Mugabe said Dr Shamuyarira was also synonymous with the elites, but was not an egoist.
“Our elite please, the enlightened ones, you see education did not make Nathan an egoist, no.
“An egoist is one who says what I think and only what I think is right.
“You must always think as I think.
“If you are educated that way, I say damn you!
“You are not educated at all.
“You are ignorant.
“Education must make you humble, education must open your mind, open your heart.
“True education must make you feel less educated.
“It doesn’t matter how many degrees you have, you must always know there are things you don’t know.
“It is a damned fool who says I know all that needs to be known.”
The ZANU PF National Chairman Ambassador Simon Khaya Moyo is quoted in the local press describing Dr Shamuyarira as a fountain of wisdom.
“He was a seasoned and tested nationalist and his contribution to the liberation of this country was remarkable,” he said.
“His service to a liberated Zimbabwe in various portfolios was a statement of a principled and focused visionary.
“ZANU PF has lost a shining beacon.
“We will miss this fountain of wisdom.
“Go well son of the soil.”
Born in September 1929 to Ben Tafirenyika, an evangelist of the Methodist Church and Maria Sadini, Dr Shamuyarira attended Waddilove Institute and qualified as a primary school teacher.
In 1950 he taught animal husbandry at Domboshava then in 1953 got a job at African Newspapers Ltd as a cub reporter before he rose through the ranks to become the first black editor of the Daily News in 1956.
From 1959 to 1962 he was editor-in-chief of African Newspapers Ltd before leaving journalism.
In 1964 Dr Shamuyarira left Zimbabwe, then Southern Rhodesia to study Political Science at Princeton University in the USA and graduated in 1967.
Back in Tanzania he was appointed lecturer as the University of Dar-es-Salaam and doubled as ZANU PF secretary for external affairs.
In 1980, Dr Shamuyarira was appointed Minister of Information and Tourism.
He later served in various leadership positions in ZANU PF and Government before retiring from active politics in 2010.
May his soul rest in peace.
You will be remembered ‘Musimuvi’