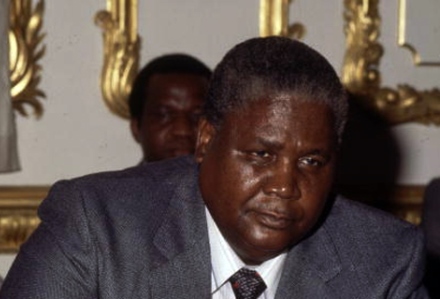 IT is now 15 years since the late Vice President (VP) Joshua Mqabuko Nkomo, Umdala Wethu, passed on.
As we remember our hero, we hope that he is smiling as the country has achieved so much of what he desired for the citizens, chiefly ownership of the land.
The Land Reform Programme has been a tremendous success and indigenes are each year becoming proficient in the agricultural sector.
Contrary to reports by Western media and the so-called independent press in Zimbabwe, the Land Reform Programme that saw over 400 000 black households benefitting has been a resounding success.
Black farmers have proved that they are just as good as white farmers, if not better and they would not have realised this had it not been for the gallant sons and daughters of the soil such as Dr Nkomo who selflessly dedicated his life for Zimbabwe.
Dr Nkomo was a visionary leader who fought tirelessly not only for the emancipation, but the improvement of life for all Zimbabweans irrespective of race.
Like every other gallant son and daughter of the soil, the land was at the fore of all his desires.
Many at Chimoio, Doroi, Freedom Camp, Nyadzonia and elsewhere died for the land and he never forgot that.
His words, “the land issue is not a matter of compromise” and “without land no development can take place” remind us of his commitment towards the economic emancipation of the black people.
To him ‘independence without land reform was meaningless’ and it was therefore imperative that the indigenous people own the land.
The contribution by people like Umdala Wethu have resulted in many men and women today visiting tobacco auction floors that were in the past a preserve for the white minority.
Today the black majority are now freely and ably participating in horticulture, animal husbandry and many other agricultural activities.
Challenges may exist for black farmers, but by and large, many are doing well and utilising the land to the best of their ability with meagre resources.
The country’s ‘new farmers’ have become case studies for countries like Malawi which has been impressed by the success of the Land Reform Programme.
The Land Reform Programme has transformed lives and in some areas former white farmers have been surpassed.
And this is thanks to the courage of men like the late VP Joshua Nkomo who never doubted the capabilities of the indigenes.
His dreams have indeed come, true yielding positive results.
Umdala wethu was born in 1917 and served as Zimbabwe’s VP from 1990 to 1999.
The visionary leader died on July 1 in 1999.
Thousands of people from all corners of Zimbabwe later on converged at the National Heroes Acre in Harare on the day Father Zimbabwe was laid to rest.
Many people described him as a flexible man who had Zimbabwe at heart.
He was indeed a fighter and liberator and his contribution to the liberation of Zimbabwe is priceless.
Rest in peace Umdala Wethu, you will forever be remembered.