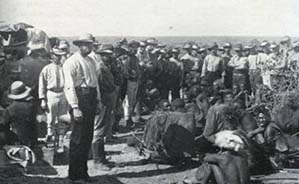 This week Cain Mathema in his book Why the West and its MDC stooges want Zimbabwe’s Defence and Security Forces reformed that The Patriot is serialising says, missionaries manipulated the black peoples’ psyche right up to their graves and left behind large numbers of ‘converts’.