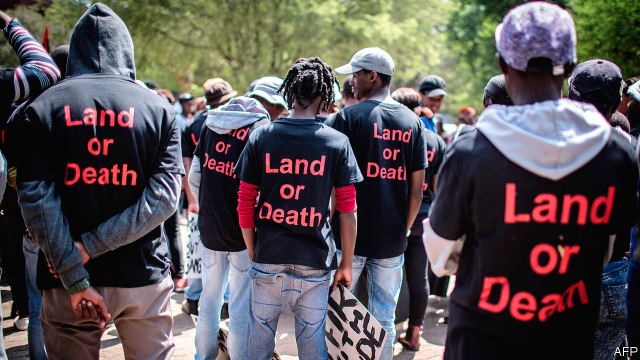 THERE are those academics who contend that African indigenous law had limited scope to develop at its own pace and based on its own principles.

They argue that colonial conquest introduced a market economy and African indigenous law was, at least officially, and as far as property was concerned, replaced by English common law, which refers mostly to Roman-Dutch law as it was adapted and developed in Zimbabwe and South Africa.

In Zimbabwe, as in South Africa, common law was influenced by the English common law and is usually distinguished from other sources of law such as legislation and customary law.

Common law forms the basis of law in Anglo-American law and was hardly influenced by Roman law.  The law of equity, however, plays a significant role in the English common law.  These Western forms of common law brought with them a new vocabulary that made it difficult, if not impossible, to interpret African indigenous law land tenure.

The concept of ‘ownership’ is particularly problematic, as is the idea that before ‘ownership’ all things were held in common with everybody having equal rights to the same thing.

A law academic asserts that before the concept of individual ownership emerged, it was “…more likely only rights of use were protected.”

This implies that, for short periods, while a resource was used, other people could be excluded, and protection was only needed for short-terms.

The need for longer-term protection only came with the move from nomadic lifestyle to a more settled lifestyle as a result of agriculture.

With the settlement of people on land, and the cultivation of such land and the herding of cattle, the resources became scarse.

With the increased scarcity of resources, the need for regulation of access and the protection of rights became the rule.

The control of land became a monetary advantage, while competition to control it grew.

With the introduction of agriculture, followed by commerce, an exchange value was attached to a commodity and, in this context, ownership provided the answer to securing the property.

With ownership came the idea of ‘absoluteness’ that implied that one person could hold all the entitlement in a certain property and dispose of it at free will.

This communal concept differed significantly from the pre-colonial era where different interests in the same property could vest in different holders; and moreover, these interests were flexible and ever-changing and the communities, as ‘communal units’, made the decisions regarding access and use of land.

The concept of absolute ownership in the African customary land tenure context was unknown and problematic in countries based on the English law that required registration of title to land and the limited choice of title that exists in respect of land.

In the absence of an adequate vocabulary to describe and therefore register certain interests under customary law, the risk remains that such interests and the land in which such interests are held would be unfamiliar.

In a book entitled Customary law in South Africa, the writer asks “…the official that need to register title in a piece of land will handle the problem of the chiefs that claim paramount control over the lands, families claiming to be owners of lands and the so-called ‘re-parcelled’ sections of land being handed to individuals: who must he register. What are the practical implications of registration?”

According to the writer, the use of the term ‘communal’ is problematic. For the writer, the widespread use of the word “…suggest(s) that groups of people, who are closely bound together by common interests and values, share land for purposes of subsistence” rather than the more inoffensive idea that all members of the community having equal claims to land, that “…membership of a political community is the basis of an individual’s entitlement to land…” or that an individual is not free to dispose of land at will.

The latter term is only useful insofar as right to pasture and natural resources is concerned, but not as far as African indigenous tenure is concerned.

The term ‘trust’, as used to describe African indigenous tenure, meant that the bare title vests in the indigenous group, with the chief as the trustee, and ‘usufructuary’ rights being granted to the individuals that enjoy beneficial occupation. The use of the word ‘trust’ is also problematic since the ‘usufructuary’ rights granted to the individual do not amply describe the interest in African indigenous law, nor do these people have a remedy against the traditional leader as trustee, as they would have under trust law.

The insistence to use common law concepts to explain and define African indigenous land tenure as “…more than just an intellectual error…” and part of the bigger design of the colonial authorities to justify expropriation of land, as land in this framework is regarded as ‘dead capital’.

As a consequence, in South Africa, it is evident that tenure insecurity is the reality in most areas of land held under African indigenous law.

Not, however, because African indigenous law property systems are inherently insecure, but rather due to the dislocation of these systems from the social and institutional context that defines and sustains them and the application of the indigenous law in the colonial legal framework.