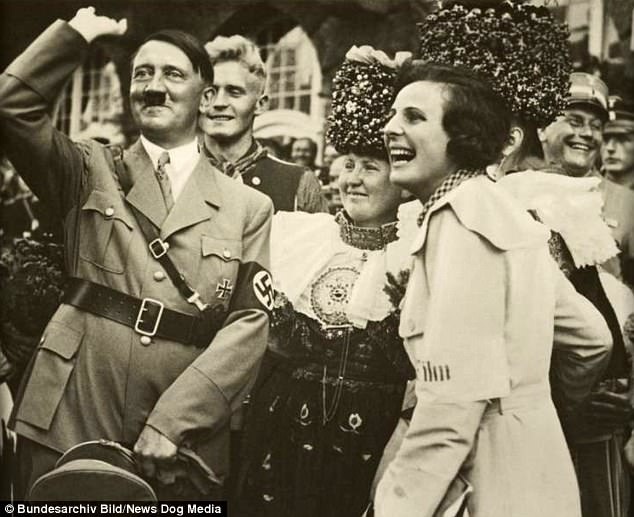 ADOLF HITLER is ranked number one among the West’s list of most evil men to exist in our era.

Besides Benito Mussolini, there aren’t many other whites put in this category.

In many cases, individuals who are portrayed as evil by Western media and historians were heroes in their own lands.

Gaddafi, Hugo Chavez and Mugabe were hated for withholding natural resources such as land and oil from Western powers and former colonisers.

Western media has since attacked these former leaders and Western governments continue to persecue their home nations.

Gaddafi was murdered in cold blood and his nation overtaken by US-backed rebels.

Zimbabwe remains under tough economic sanctions despite the removal of former President Mugabe whose black empowerment policies are being heavily challenged by the West.

There is a saying: “Is not my enemy’s enemy my potential friend?”

Western media and African education, which is largely colonial,  teach us to admire Alexander the so-called great and Christopher Columbus, among many other Western villains.

But these pacifists took a none-violent stance that favoured whites at the expense of blacks.

Indeed they ought to be honoured by the whites whom they served but cannot be heroes to blacks and their cause for liberation.

The story of Hitler is no different.

He was a villain to the West but not to Easterners, including Germans, Austrians, Asians and Africans.

Hitler is portrayed as an evil dictator who had domineering tendencies and an immense hatred for none whites; particularly Jews and blacks.

This is not true at all. Hitler had immense race pride.  He was extremely patriotic and nationalistic and would have shown the same race pride if he were to be born of any other race.

The man stressed that a mule is unnatural because it will neither  resemble the horse nor the donkey it was bred from.

Thus nature disallows it to reproduce its own kind.

Hitler thus believed miscegenation was not a thing intended by God and/or nature. He was not a dictator but an elected Chancellor of the Nazi party.

He was a charismatic leader who was charged to fix numerous problems, including the parcelling out of German land, unemployment, hyperinflation, prostitution, homosexuality and other socio-economic ills that were bothering Germany in his time.

The era of communism — that is Leninism and Marxism — had threatened the existence of the indigenous cultures of the people of Germany and Russia.

Lenin and Marx were both European Jews.

These were not descendants of Judah as the name Jew suggests, but their origins were from Khazaria, were their ancestors converted to Judaism.

In Germany, these Khazar Jews gained economic and political ground owing to the success of communism there.

In a short space of time, the Jews of Germany were overrepresented in the fields of finance, politics and art.

They became infamous for causing numerous bank crashes that left many Germans impoverished.

The worst was the participation of Jews in the production of decadent art.

Homosexual lounges and theaters as well as sex cinemas, among other vices, all began in Berlin and only made their way to the US after the spread of Jewish refugees from Germany.

When Hitler came to power, he was charged with taking care of the ‘Jewish problem’ which was a national concern as opposed to personal hatred.

He put the Jews in segregated labour camps, so that they would work until a place to send them could be found.

Hitler then focused on reforming the spirit of the German people.

Teaching that hard work, particularly farming and industry, was the way forward.

During Hitler’s time, Germany had been stripped of her colonies in Africa and Asia.

Some of its territory was parcelled out to other nations, like France and neighbours such as Poland.

The Jews of Germany were allegedly behind this reduction of German borders after the First World War.

Within two years of power, Hitler made occupations available for over six million Germans. He came up with a labour-based currency which reduced hyperinflation.

He closed down the homosexual clubs and destroyed the theaters and cinemas of decadent art.

There was no man as loved as Hitler in his time. The only people who initially hated him were the Jews he had isolated as a measure to fix the nation.

The Jews went on an anti-Hitler and anti-German campaign in the US and Europe which eventually culminated in the mobilisation of the allied nations against Germany.

Hitler stood to preserve the German people’s language and legacy.

He sought to make Germans realise their true potential and to have pride only in the work of their hands.

Why then do today’s white racists attribute the desire to produce an all white-skinned, blue-eyed and blonde-haired world to Hitler and the Nazi party?

Unlike France and Britain, at that time, Germany, under Hitler, never participated in the colonising or oppression of any African nation.

Though, like other whites of his time, Hitler deemed blacks primitive, he never wished for their destruction.

He only wished that the two races, along with all others, stop mixing for the cause of preserving race purity and leaving each man in his own environment as nature intended.

Hitler’s philosophy is well-expounded in his numerous aired speeches on video and radio and in his book Mein Kampf.

However, his words continue to be overshadowed by those of Western media and films that fabricate lies, downplay his  triumphs and hide his righteous cause.

When the Jews of Germany entered places like the US, they brought with them their trades which were infamous to Germans and had caused their intended mass expulsion.

Among these many trades was publishing.

Besides participating and pioneering in US decadent art like pornography, they also got into Hollywood and news media.

Today, most big news corporations are Jewish-owned and thus their portrayal of historical figures like Hitler remains negative as they have an obvious conflict of interest.

Hitler was a spiritual man, a deep thinker and powerful speaker who encouraged Germans of different classes to unite for the cause of nation building.

Africa could use the race pride, patriotism and nationalistic ideals that the likes of Hitler exhibited, rather than following the West’s demonisation of an otherwise great man who has never enslaved, attacked, oppressed or massacred blacks in the way European Jews, the British, French and Americans have done in the past and present day.