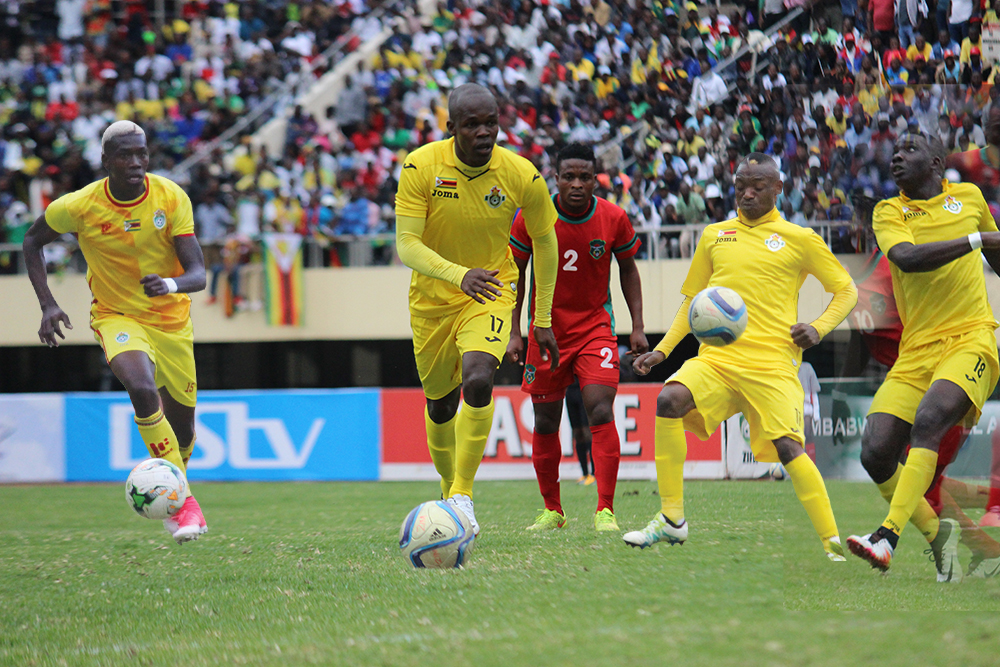 EXPECTATIONS will be high when the country’s Senior Men’s soccer team descend on Egypt for the 2019 Africa Cup of Nations (AFCON).

Adding to an already enthralling script, the first match will pit the hosts against The Warriors.

While The Warriors have flattered to deceive, faltering at the first hurdle in the previous three encounters, the nation is hopeful it will be a different ball game altogether.

In the past, The Warriors have produced outstanding players who have made an impact on the international football arena: Legendary striker Peter Ndlovu who played for Sheffield United in the English Premier League; Benjani Mwaruwari (Manchester City and Portsmouth); the mercurial Khama Billiat, who won South African 2016 Soccer-Star-of-the-Year Award; Esrom Nyandoro; current captain Knowledge Musona and Bruce Grobbelaar, to mention a few.

Former Dynamos football star Moses Chunga was among the first local players after independence to earn a move to a European club.

Opportunities for African players to move to that part of the world, back then, were not as vast as they are now.

The excitement that has been generated by the current crop of The Warriors evokes memories of the so-called Dream Team.

That team was ranked number 40 in the FIFA World Rankings, which is the highest the national team has achieved to date.

The current group, drawn from the local league and foreign clubs, has once again given Zimbabweans reason to hope.

Currently, Sunday Chidzambwa has been contracted as coach by the Zimbabwe Football Association (ZIFA), being assisted by a technical team comprising Lloyd Mutasa and Rahman Gumbo.

In regional tournaments such as COSAFA, The Warriors have performed reasonably well and are expected to use to the forthcoming tournament as part of their preparations for AFCON.

Zimbabwe is one of the countries with the highest number of the COSAFA Cup titles sharing the spot with Zambia which has also four titles to its name.

The Warriors, having won the last two editions of the COSAFA Cup tournament now look set to defend their title whilst preparing for the upcoming AFCON finals in Egypt.

AFCON is a national teams tournament run by the African Football Confederation (CAF), held once every two years and had its first edition in 1957.

The competition is held during odd years so it does not interfere with the FIFA World Cup. Twenty-four teams are involved in the upcoming edition of this 2019 tournament in Egypt this June.

Cameroon had initially been elected as the host nation, but due to some political issues, the nation was stripped of its hosting status.

Hosts Egypt, the most-winning team in the African Cup of Nations, have won seven titles, while Cameroon has five trophies to their name.

Egypt won the title in 2006 while playing hosts, with 2019 being a record fifth time of hosting.

The Pharaohs won their most recent title in 2010.

Three stadiums in El Cairo, Alexandria, Suez and Ismailia are elected as host cities for the 2019 AFCON between June 21 and July 19.

The Warriors are yet to qualify for the FIFA World Cup.

The Zimbabwe national team was expelled from the 2018 World Cup qualifier matches by FIFA after failing to pay previous coach Jose Georgini, also known as Valinhos in footbal circles, his US$60 000 allowances.

The Warriors, as Zimbabwe senior soccer men’s team is affectionately known, are in Group A with Egypt, DR Congo and Uganda.

The Warriors are famous for their distinct green and gold paraphernalia, adopted from the country’s national colours.

A kit is an identity; the new colour scheme by British sportswear firm Umbro has been met with fierce resistance and rejection by local soccer fans.

Most football fans are of the opinion that there has been a huge break from the traditional colours of Zimbabwe national teams.

Football supporters are notoriously critical of the departure from tradition in kit design, citing lack of creativity, imagination on the design and quality of cloth itself in relation to some of the playing kits the Warriors have used since the turn of the millennium for international assignments, including the previous AFCON appearances.

The National Sports Stadium has been the home ground for international matches.

SuperSport has been licensed to broadcast the Africa Cup of Nations in Zimbabwe.