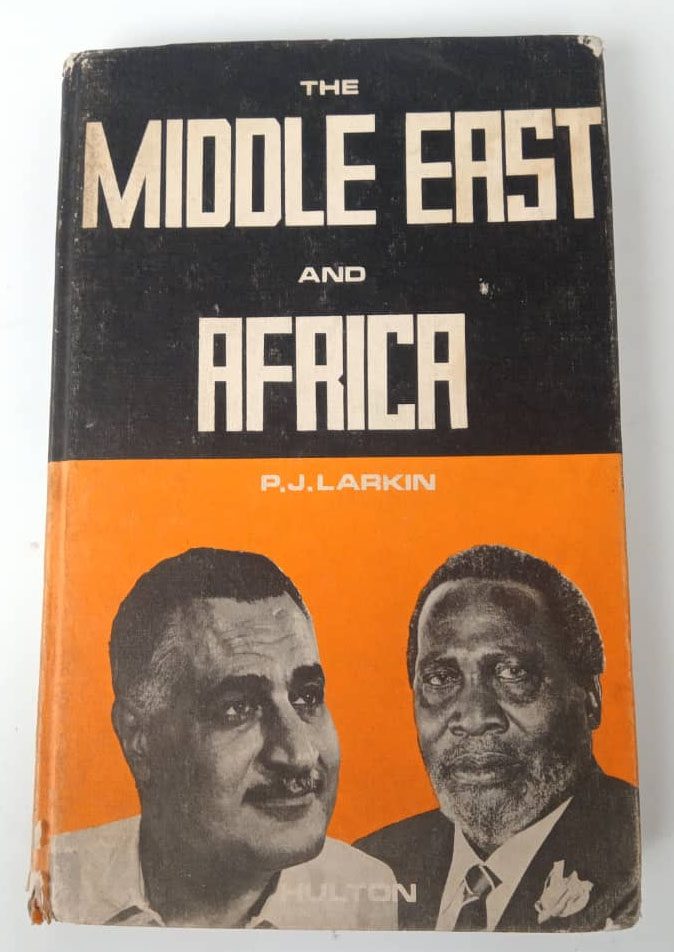 The Middle East and Africa

AFRICA, despite being regarded as the the least developed continent, is endowed with vast natural resources such as minerals and land.

These riches caught the attention of Europeans and Americans.

They then set out to plunder Africa’s riches.

P. J. Larkin, in the book The Middle East and Africa, gives an account of how Africa was colonised by Europe.

The move to colonise Africa by Europeans was not because they had the desire to develop the continent, but it was an issue of power and greed.

“Colonies overseas brought prestige to new nations like Germany and Italy who saw Britain and France already well established in Empires which stretched around the world,” writes Larkin.

“Africa was one of the last great unexplored areas of the world.

It offered a challenge and adventure to the individual.”

Not only was Africa Europe’s hunting ground, it was also a source for their products.

“At this time, Western Europe was divided into highly industrialised nation-states and new markets and sources of raw materials were a powerful attraction, especially to businessmen, bankers, industrialists and merchants with money to invest in overseas projects,” writes Larkin.

Larkin suggests European giants had been weakened by the two world wars, hence conquering Africa would soothe their battered egos and provide them a platform to loot resources to reclaim economic dominance.

Africa was then used as a pawn during and after the wars, he writes.

“Though Africa itself appeared to sleep peacefully under its patchwork quilt of many colors, the two World Wars had a powerful effect on colonial Empires and their owners,” writes Larkin.

“Each of the wars weakened nations like Britain, France, Holland and Belgium.

Each war put them in dire danger and bargains had to be struck with colonial peoples promising future independence for present help.”

After the realisation that Africa was their only hope, Europeans set out on a mission.

Africa had to be colonised.

“The initial work in opening up the ‘dark continent’ was carried out by individual explorers, missionaries, scientists and soldiers,” writes Larkin.

“The work of the explorers was followed by intense activity on the part of businessmen, colonial associations, trading companies and governments who sent their representatives into Africa to take up strips of territory, spheres of influence and protectorates, particularly during the period 1879-1914.”

Writes Larkin: “The Gold Coast colonies reaped a rich reward from the shortage of raw materials during the Second World War and their products such as cocoa, timber, manganese, bauxite and industrial diamonds brought in considerable wealth to the area.

Southern Rhodesia had a white European population of around thirty-five thousand in 1923, and the development of mining, farming, and the growing of tobacco, together with the build-up of many secondary industries such as metal, textiles, cement, paper and timber manufactures, increased the population of white settlers to around two hundred and fifty thousand by 1962.

In Northern Rhodesia, European settlement was small until 1926, when the development of the famous copper belt attracted European immigrants and their numbers were approximately seventy-five thousand as against two million Africans by 1960.”

As Europe was destroying Africa, Africans did not fold their hands.

They put up a fight.

They could not sit and watch as their heritage was being taken away from them.

One of the first African countries to attain independence was Ghana and this inspired fellow Africans to intensify the fight against colonialists.

After getting its independence, Ghana did not rest; instead they joined fellow Africans in calling for their independence.

“To unite the independent African states in a cohesive bloc, possibly under the leadership of Ghana, was one of Nkrumah’s most cherished aims,” writes Larkin.

Larkin quotes Nkrumah during one of his speeches in China, Peking, in 1961: “Until independent states of Africa are united in a single nation, the exploitation of Africa by Europe will never end.”

Africa’s efforts were not in vain.

Liberation wars were fought and the colonialists were vanquished.