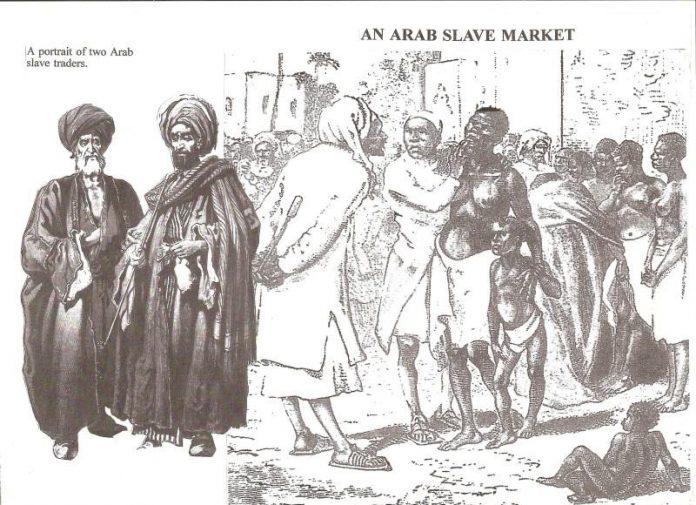 MY hypothesis is that in autonomous African societies, major crises and disasters such as the Human Immunodeficiency Virus/Acquired Immuno Deficiency Syndrome (HIV-AIDS) pandemic, Cyclone Idai and the 15-year long Second Chimurenga would have naturally made necessary mass adoptions of orphaned children and other desperate persons.

This hypothesis is partly confirmed through the study of Chapter 3 of the historical study called Slavery in Africa: Historical and Anthropological Perspectives, edited by Suzanne Myers and Igor Koytoff. The chapter is called ‘Slavery and Social Stratification among the Sena of Mozambique: A Study of the Kaporo System’.

Before referring to data demonstrating the practice of mass adoptions and changes of totems in an African society, it is necessary to put the book and Chapter 3 into context.

The motive behind the research was a push by Western academics to moderate the image of Western imperialism and capitalism as solely responsible for one of the most inhuman practices in history in the form of chattel slavery.

The researchers set out to prove that the West was not alone in its practice of slavery, the hunting and capturing of African slaves by white marauders throughout the continent was assisted by African leaders who voluntarily traded their subjects because they were already practising slavery among themselves anyway.

It was the total bundle of traits (‘of slavery’) forming the Western model of ‘slavery’, that many Western observers and scholars had in mind when they considered African traditional societies. Consequently, they soon found themselves in a dilemma (p5).

The dilemma arose from a feeling that the scholars were stretching the meaning of slavery far beyond its normal application in order to make slavery seem to be universal.

But the findings did not tally with that original Western argument.

So the authors ended up admitting that they had to lump together under the name slavery many really different forms of social stratification and oppression, including the unique Kaporo system which, as I shall illustrate, cannot fit the definition of slavery.

Another significant point is that, although the Kaporo system existed for millennia prior to the period under study, the authors focused on data from the 19th Century (p105).

As we shall find out, the Portuguese settlers regarded the Kaporo system of mass adoptions as a hindrance to their efforts to obtain large numbers of chattel slaves for shipment to Brazil and other plantation economies in the West.

What was the Kaporo System?

According to the authors of the chapter already cited:

“…the major stratifying variables (in Sena society) were the control over the allocation of (fertile) land and the ability to mobilise human resources.”(p 107).

It is also important to note that the Sena made cloth and traded in cloth. Their land was also the basis for accumulating livestock.

Given long periods of peace and relatively good rainfall, there developed large communities who were relatively prosperous and led by rich families of hurudza. This was the nature of Sena society in Mozambique.

To the north of the Sena there was another area, that of the Akaporo, whose endowments were the exact opposite of the Sena area.

The soils were poor; there were frequent droughts and famines; and, in addition, the Akaporo were frequent victims of war and raids from groups further north.

These differences between maSena and Akaporo meant that the latter frequently appealed to the former for assistance and rescue.

The appeals could be made by an individual, by a family, or en-masse.

Rather than treat those appealing for help as ‘refugees’ as we do nowadays or as chattel slaves who could be sold and resold, the Sena used the autonomous African adoption system.

At the individual level, “desperate (Akaporo) individuals destroyed an item of some worth which belonged to a wealthier neighbour (hurudza); this symbolic act, known as ‘breaking the mitete’ invariably resulted in enslavement” by the wealthy person (p 109).

The second method by which Akaporo invited rescue or help was pawning.

Pawning, by which a man gave the services of his son for a specified period of time in return for food and clothing, was a variation of voluntary enslavement.

This arrangement was highly desirable for the lender; he was not only assured of a supply of labour in return for his investment but also had the possibility of increasing his lineage…( p 109).

A third method was negotiation, without any pawning or breakage of valuables.

Akaporo leaders would simply present their plight and ask to be accepted in Sena areas the same way refugees and emigrants ask for help.

Regardless of the method by which Akaporo had approached the Sena; regardless of the ways in which Akaporo were obtained; once they had reached their Sena destination they “were grouped together…  Moreover, the absence of pejorative stereotypes (describing Akaporo) implies that Akaporo enjoyed a status (among the Sena) which was not dramatically inferior to that of the free Sena. In this sense, the Akaporo system simply reflected the relatively undifferentiated (egalitarian) nature of the larger society.” (p110).

Contrary to the now popularised colonial and neocolonial view of the rigidity of mutupo (mitupo):

Upon arrival in their new home, (the adopted) kaporo received the mutupo, or clan name, of their patron. This symbolic act created the fictitious (sic) familial links in the absence of a blood relationship. The Akaporo addressed their patron as baba, of ‘father’, used the appropriate kin terms for other adopted relatives, and paid homage to local ancestral spirits at periodic religious ceremonies (p 110).

A further method of incorporation was that akaporo were encouraged to marry among themselves or within the adopting  society; and the elders of their adopted family took responsibility for arranging all appropriate ceremonies, rituals and payments of lobola.

Moreover, a clearly outstanding feature of the Sena system of adopting Akaporo was that each so-called ‘slave’ was allocated land to start his or her family and allowed to accrue all the benefits from the harvests.

In addition, he or she could own livestock and keep all the proceeds.

Even what we now call ‘education’ was provided for new young arrivals on an equal basis and through the same means as for Sena children.

But above all, marriages were the key method of incorporating the new arrivals. “They provided akaporo with real and extensive kinship affiliations that completed their integration and legitimised their position within the larger Sena society.” (p 111)

To appreciate the importance of the longevity and endurance of Sena egalitarianism from the arrival of the Portuguese in the 15th Century all the way to the 19th century, one needs to get a glimpse of the aggressive value system which drove the Portuguese to Mozambique in the first place.

This can be achieved by paraphrasing Pope Nicholas V’s Papal Bull Dum Diversas of 1452 issued to the king of Portugal.

The Doctrine of Discovery as it was called consisted of the idea that Christians have a right sanctioned by God to take non-Christian lands and property and to assert political control over the native inhabitants.

The decree granted the King of Portugal the Pope’s imperial and religious blessing to go to the coast of Africa and to ‘capture, vanquish and subdue’ the African pagans as enemies of Christ and to ‘put them into perpetual slavery and to take all their possessions and their property’.

Nicholas’ successor, Pope Alexander VI, was equally imbued with this evil idea to which he added a veneer of ‘law’.

It was this drastic material impoverishment which partly explains why colonised Africans had to restrict adoptions to members of one’s extended family alone.