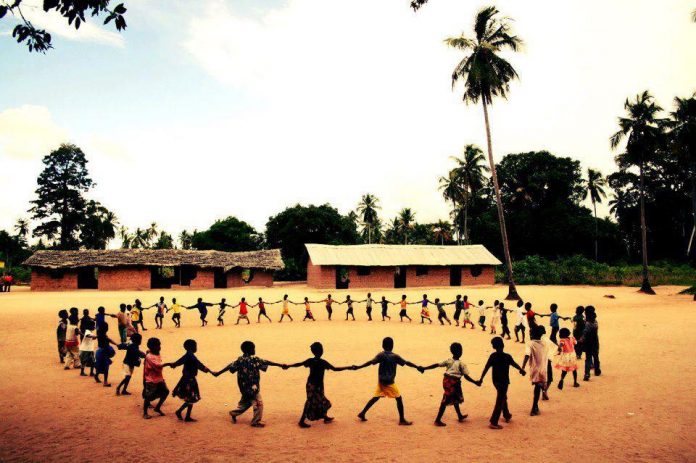 IN The Journal of African Media Studies, Volume II Number 1 of 2019, Dr Lyten Ncube and Dr Keyan Tomaselli have extensively cited and used material from The Patriot’s instalments of this ‘Homecoming’ column.

Their joint article is titled, ‘Watch my back and I watch yours’: Beyond Harbemas’ public sphere concept in democratic and participatory dimensions of pre-colonial Shona society and public spaces’.

I am grateful to the University of Johannesburg academics’ recognition of the relevance of indigenous African contributions to contemporary communication theories and for their courage in challenging the 19th Century white myth of modernity versus tradition which spread a blanket of ‘tradition’ over all African practices independent of colonialism and imperialism.

This blanket created the scandalous assumption that African lives and practices were not, and could not be, contemporary.

The article, however, still shows the difficulty of translating into English those elemental African concepts and constructions which have no European or English equivalents.

In their conclusion to the paper, the two authors say, for instance:

Both verbal and non-verbal cues signified power relations.  Dare and Dariro (as African communication systems/ models), were guided by principles of fairness, equity and justice.

However, we also show limits of these platforms such as exclusion of women in dare revarume.

Such limits are also evident in the Harbemasian public sphere.”

– The first challenge which arises from this casting of the issue in terms of modern versus traditional, post versus pre-colonial, is that it forecloses further research by assuming that there were no revolutionary changes in what is treated as traditional and pre-colonial constructions and practices.

Yet there were many changes.

– The second challenge is that with regard to gender, this sort of conclusion tends to encourage unresearched comparisons between Judeo-Christian patriarchy, on one hand, and African patriarchy on the other hand.

Patriarchy refers to male domination of society including women.

– The third challenge I have already referred to – the problem of unhelpful English translations of elemental African concepts, constructions practices.

As I see it, the big story which the two academics could not tell in their paper is that dariro, dare and African relational philosophy and practices were in the beginning invented by African women. It is women who brought men into the dariro.

It is men who later copied and transferred women’s inventions and masculinised some of them.

Dare revarume is a masculinised dumba.

My mother was both a potter (muumbi) and a mid-wife (nyamukuta).

I learned some of the basics of African philosophy from her practices.

The stone lines are laid exactly the way clay rings are created around a conical cradle as described by Stevie Nangendo in his study of pottery among the Bukusu of Western Kenya discussed later in this instalment.

African legend is consistent with legends from elsewhere in what is now called the Middle East.

The content of the tale from Ghana which in African Folklore, edited by Richard M. Dorson, is titled, ‘It is the Male Hunter Who Brought Men and Women Together’ does not tally with the title. The title copied by the white collectors of African tales is a reflection of the imposition of a patriarchal system over the centuries, just as the various versions of the Bible also show similar revolutions against women taking place in what is now called the Middle East.

The content of that Ghanaian tale actually shows women living by themselves under a female chief.

When one of them inadvertently discovers the pleasure of sex with a nomadic man, the female leader instructs her
followers to tame the man and keep him around.

In other words, it is the male, as wandering hunter, who was invited to settle down, as women had settled down and discovered agriculture.

The conflict between the content and the title of the legend shows that it has been edited over millennia from a man’s point of view since the arrival of a patriarchal social system.

The women’s dare in the Shona dialects is called dumba whose stem is found in kuumba, to mould, and muumbi, the potter or the creator.

It was most fascinating for me to read Stevie Nangendo’s study of the Bukusu society of Western Kenya titled, ‘Pottery and Symbolism in Bukusu Society’.

In that Bantu society between Kenya and Uganda, the source of good clay for making pots is called biumbwa, singular; siumbwa, plural.

The potter is called omubumbi, which in Shona is muumbi.

The place where God (Wele Kabaka) created the first ancestor of the human race is also called biumbwa, meaning the place of the first creation of the human being.

Now, in most Shona areas, muumbi wehari (the potter) is strictly a woman and there are many rituals connected with that role. Woman as muumbi tallies with Merlin Stone’s thesis that in most societies at the beginning of civilisation, God was perceived as a woman.

Merlin Stone’s book is called When God was a Woman.

Among the Bukusu, the making of pots from clay must follow strict rules.

One of them is that a cone-shaped cradle must be created first.  Lumps of clay must be shaped into a series of rings or circles up and around the conical tower; and the potter’s hands must move from right to left or east to west in a counter clock-wise direction when starting and shaping the pot.

It is no accident, therefore, that the African community consistently organises its moral and ethical communication structures in ways which clearly correspond to the structures of the human-made environment.

Colonial and neo-colonial history has ignored or deleted the reading of these physical and moral structures, treating them as incidental or even accidental.

It is no accident therefore that the African community consistently organises its moral and ethical communication structures in ways which clearly correspond to the structures of the human-made African environment.

In my visual illustrations, I show pictures or drawings from actual history which are in the form of circles or circle-like formations.

Because these are structures which Africans have conceived, designed and built on their own for centuries, I believe reading them aesthetically and philosophically is most revealing.

There is a story told by a missionary in colonial Zimbabwe which underlines the importance of the circle:

“An African man became ill and had to be taken to a clinic.

Upon getting there he noticed that the room he was put in was square and not round.

He expressed his anxiety and discomfort until the missionaries agreed to take him to a rondovel.”

This suggests there is a spiritual and aesthetic connection between the physical structures we build in everyday life and the moral, aesthetic and other values we develop therein. (East Africa and Rhodesia, December 2 1948, p.390, Colonial African Education Criticised.

The timelessness of the dariro arises from the fact that it has no beginning and no end.

When viewed as a metaphor for relational thinking, it means individual participants in the dariro of life may die or leave but values and relationships which they represent and in which they participate do not go away or die.

Mother may die but the value of motherhood is forever.

Sister may go or die but the value of sisterhood endures.