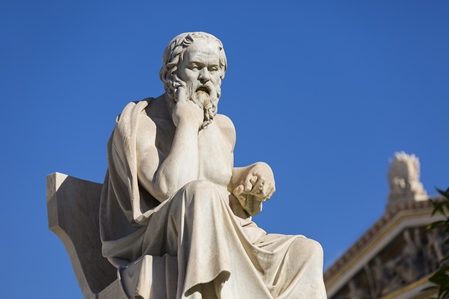 ALLOW me to begin by quoting my teacher verbatim:
Africans are the founders of moral education and world religions. They are the earliest messiahs and prophets on earth. They built the first universities in human history. The civilisations of Europe, America, China and Japan should bow down before them to acknowledge and respect the tutelage they got from Africa. Europeans are the most arrogant to acknowledge Africa’s leading contribution to world civilisations and advancement. They distort the truth. They turn things around. They put themselves upfront as teachers of religion and legislators of morality. Yet they owe their gods to Africa. Their early messiahs, prophets and gods are African. Christian Europe worshipped them and still worships them today. They only changed the names around. – (Vimbai Gukwe Chivaura: African Origins of Moral Education).
Those who have been following this column avidly will recall one article in which I presented the 42 principles of Maat.
Written at least 2 000 years before the 10 Commandments of Moses, the 42 Principles of Maat are one of Africa’s and the world’s oldest sources of moral and spiritual instruction.
Maat was the ancient Egyptian concept of truth, balance, order, harmony, law, morality and justice.
Maat was also personified as a goddess regulating the stars, seasons and the actions of both mortals and the deities, who set the order of the universe from chaos at the moment of creation.
It is the basis of unity as enshrined in unhu/ubuntu/botho.
The first five laws read:
l I have not committed sin.
l I have not committed robbery with violence.
l I have not stolen.
l I have not slain men or women.
l I have not stolen food.
These 42 laws were in fact the basic moral code.
This sums up the argument of this article.
What follows is a demonstration of irrefutable evidence from various testimonies including early European historians whose honesty can only be ascribed to the fact they wrote at a time when European conspiracy about Africa had not yet been spawned.
So much has been said about crediting Greek philosophers (such as Socrates, Plato and Aristotle) with the origin of metaphysical thinking.
These were not originators of metaphysical thought; if anything they have been responsible for the formal organisation of ideas they had cannibalised from Egyptians as emerging evidence proves; understandably as part of the imperialist restructuring of the world where imperialist curricula dominate world universities and other research centres.
James (1954) makes the point that ancient Egyptians had developed a very complex religious system called the Mysteries, which was regarded as the first system of salvation.
He argues that religion regarded the human body as a prison-house of the soul, which could be liberated from its bodily impediments.
James’ thesis proves that this African religion and philosophy later became the basis of Greek civilisation through copying and pilferage.
He claims Greeks initially made the best of their chance to learn all they could about Egyptian culture as most students received instruction directly from the Egyptian priests, and later they plundered and pillaged the royal temples and libraries during the invasion of Egypt by Alexander the Great after which Aristotle converted the library at Alexandria into a research centre. Herodotus is credited with being ‘the first Greek European to use prose as the medium of a work of art’ ([ed] Rieu. 1963: 08).
Herodotus is estimated to have been born between 490 and 480 BC at Halicarnassus, South-West coast of Asia Minor.
He spent some of his early manhood travelling over the greater part of the then known world (i.e. to Europeans); visiting Egypt, Mesopotamia, Palestine, Russia and Northern parts of the African continent (as it is known today). Herodotus admits Egyptians ‘discovered the solar year and were the first to divide it into twelve parts (further admitting that) their method of calculation (was) better than the Greeks’ (Ibid: 103).
He also admits Africans were the first to bring into use the names of the twelve gods, which the Greeks took over.
Herodotus reports the Egypt of his voyages had two sorts of writing: ‘the sacred and the common (further acknowledging that the people were) religious to excess, beyond any other nation in the world’ (Ibid:116)
It is very clear Africans of the time were metaphysical to the bone. Religion to them was not doctrinal as it is today.
Religion was spiritual.
It was a way of life; not a system of belief.
Knowledge of what is good and what is bad was etched on the psyche of generations and was passed from one generation to the next through the process of socialisation.
Everyone was socialised through the 42 principles of Maat.
They were the basis of a morality that gave birth to the first civilisation.
Allow me the pleasure to speak to my teacher again.
He confirms:
Aristotle, Plato, Solon, Aristophanes, La Fontaine, Cicero and others, studied Aesop and followed his example as a moral teacher through art in their writings. Socrates spent his last days putting Aesop’s fables into verse (Kush:274). Africa’s contributions to human development, education and enlightenment cover all fields of human endeavour and imaginative creative activity. They continue to do so to this day, albeit without acknowledgment from those who benefit from them (Ibid).
And because I opened with my teacher’s words, allow me to close with my teacher’s words:
The fact that Africans continue to doubt their genius in world affairs attests to the untold havoc Europeans have wrecked on their psyche and pride as Africans. Africa must devise a curriculum that will help her rediscover her genius and creative greatness in human development and utilise them to build her future as master of her people and destiny (Ibid).
Our children deserve to know that the so-called European heroes of technology and civilisation were in fact poachers and pirates feeding off the creativity of our ancestors.
When you know that, you should be filled with divine anger.
We will continue to puncture Europe’s false claims to history in our succeeding revelations.