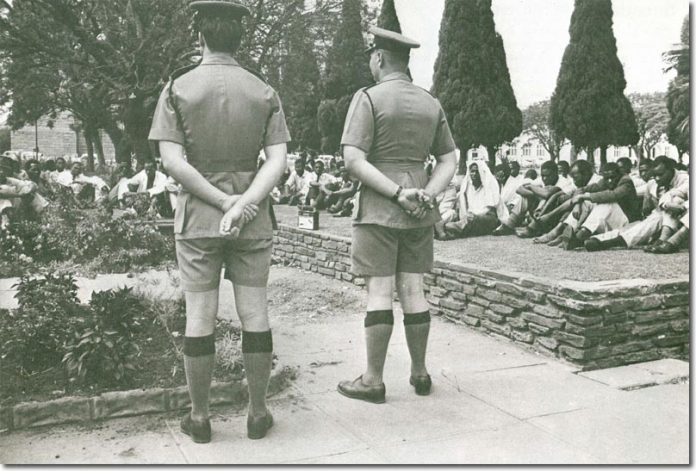 THE African continent and the African people as a race have gone through two extremely painfully unforgettable experiences; the slave trade and colonisation.

While there are no records to support the belief that long before the dawn of written history, it has been passed down from oral tradition that Greeks, Phoenicians and two other adventurous oriental people sailed round the continent and in the process captured black people, some of whom might have been bathing or fishing along the coast.

Adventurers from the Middle East and the Balkan and Mediterranean Sea countries would move southwards from the Mediterranean coast, pushing the black African people into the uninhabitable Sahara Desert.

Early Greeks called Cyrenaina, which is a part of Libya, Africa, a collective name that was eventually given to the whole continent and its islands.

Some early Greek records also say that ‘slaves of a letter type can be got from Somalia’, an indication that the east African coast was also a hunting ground for Greeks who regarded black people as trade stock.

That was centuries before French, Portuguese, British, Spanish, Dutch and other European nationals bought African slaves from Arabs at auctions on the Indian and Atlantic Ocean coasts. Among Arab countries that played a major role in some of these sordid activities was Oman from where ship-loads of slaves were taken to Iraq, what is now Pakistan, Bengal, Armenia and other oriental countries.

We should hasten to state that slavery did not start in Africa, nor were the black people the first to be sold as slaves.

Several eastern European countries are referred to as ‘Slavonic nations’.

The word ‘Slavonic’ means slave like in seven different languages, or having to do with slavery, or a source or sources of slaves, or behaving like a slave or slaves.

We are aware that today we talk about ‘eastern’ and ‘western’ Slavonic languages, such as Serbian and Polish.

So, slavery existed for as long as communities fought wars and some people were taken as war prisoners.

The idea to capture and sell people as articles of trade occurred to European colonialists in South America and some other states who could not withstand the tropical and sub-tropical heat and humidity in the damp cotton fields and sugar paddies.

They felt that African people born and bred in such climatic conditions could cope with such meteorological conditions.

We must also bear in mind that people of the world were at that time divided into social classes, the lowest of which, commoners, plebians, the dregs of society, lived and laboured for the upper class, the patricians comprising chiefs, dukes, royalty — the cream of society.

Those who were defeated in war were treated most cruelly.

Social standards of that period knew nothing about human rights, or about ‘doing unto others as you would them do unto you’!

Defeat in war meant either death or slavery for the vanquished. In Spanish they say: “A nation of cowards becomes slaves of the brave.”

On the colonial front, Africa became a target of European nations with advanced war technology.

Those nations gathered at the notorious Berlin Conference which was chaired by the German Chancellor, Otto von Bismarck and sat on November 15, 1884 up to 26 February 1885.

The author of the account has tried many times to understand how a normal minded group of leaders could convene a meeting to discuss and plan how to carve up and share a foreign continent without the slightest attempt to consult the natural owners of that continent.

One wonders how they could have reacted had that meeting been held in Asia or in Africa to decide on the fate of the European nations that gathered in Berlin on that occasion.

The event was as criminal as any colonial action that followed and was based on its decisions.

One of those subsequent actions was Ian Smith’s Rhodesian Front’s November 11, 1965 Unilateral Declaration of Independence (UDI).

Some colonial apologists have said Smith and his colleagues were not guilty of any crime because they were only offsprings of people who had settled on and turned this country into their home.

An armed gangster who kills whoever and then moves into the house of his victim, then raises a family of 101 and dies, none of his descendants can claim legitimacy of tenure no more than the original gangster.

The gangster cannot claim to be a lawful occupant, nor can his offspring, nor can any of those who met at Berlin or elsewhere to plot and plan that colonial crime.

This means in brief, colonialism is illegal through and through, and that all those documents associated with it are legally worthless.

To legitimise colonialism would be to legalise the dispossession, displacement and dehumanisation of a segment of the world’s population for the past benefit of a few greedy criminals whose only advantage was the possession of better war technology.

Both events were meant to take Africa or a part of Africa away from the rightful owners and give it to colonial beneficiaries; the Berlin Conference laid the foundation and Smith’s UDI tried to be the final will on Southern Rhodesia as a colonial estate.

Both the slave trade and colonialism were meant to benefit those who practiced them and their various countries, slavery provided free labour at best, or downright cheap labour at the very least.

Colonialism provided many of the metropolitan state people with food imports, land to live on and exploit, plus raw materials for the industries of the colonial countries.

It was not a wise decision to establish colonies in the first instance.

The Greeks should have known that a system that creates hardship for a large number of people, especially the indigenous section of the population, is bound to be overthrown sooner or later.

They should have used democratic practices and employed normal immigration measures to settle their people wherever their power prevailed.

Colonialism has dismally failed and so has all those who have attempted to maintain it in one disguised form or another.

Similarly, nations that are trying to keep slavery alive are finding it impossible to keep opposition to it bottled up.