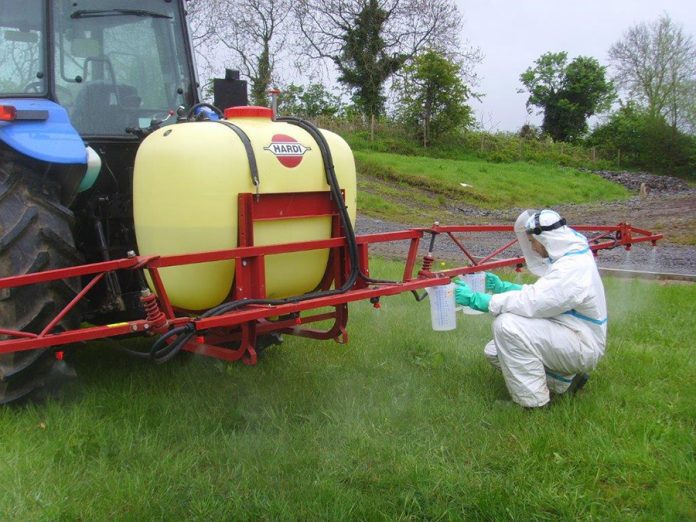 IN the previous episode of our discussion on raising farm productivity, we looked at the skills gap among farmworkers.
We now look at the critical role of the tractor driver and extension work.
Most so-called managers inherited from the past can hardly read or write.
Let us assume the manager can read English and do calculations.
Does the driver know how to calibrate the boom sprayer nozzles and the speed at which he must travel in order to deliver the correct dosage of herbicide?
Is his swathe well marked so that he does not leave gaps?
Are all the nozzles delivering the optimum volumes?
All these questions pause serious challenges at this stage of operations.
Any mistake can be fatal to the whole enterprise.
Success or failure will hinge on the skills and competences of the driver/equipment operator.
Is he trained to do this operation?
If the operation is not done properly, several problems can arise.
If dilutions are too dilute, the herbicide will fail to control the target weeds.
If too concentrated, it will kill/ ‘burn’ the crop.
If the swathes do not merge, there will be islands where weeds grow at will.
All these different scenarios result in reduced yields per hectare.
So, low productivity is as a result of poor skills among the farm equipment operators.
The above scenarios can be repeated for various operations. These scenarios are taken from my own experiences.
In textbooks, the fine detail is often not emphasised on the assumption that competent operators are engaged.
But the book theory graduate thus falls short in terms of delivering target yields. In all cases, incompetence by staff results in poor and uneconomic yields.
The lack of practical hands-on operational skills pauses the greatest challenge for Zimbabwe’s agriculture in the resettlement sector.
Both farmers and farm workers require continuous training in basic operations and procedures.
Land degradation is a serious challenge in resettlement areas. Talking about soil conservation brings up the issue of contour ridges as conservation works to minimise soil erosion.
Few, if any, resettled farmers worry about land degradation through water-induced soil erosion.
And yet the soil losses are horrendous judging by the rapid development of dongas in arable lands.
In Shona they say: ‘Nhamo yamakandiwa takaiona.’
Blacks were forced to construct contour ridges by white colonial governments as part of soil conservation in the over-populated so-called tribal trust lands.
This was back-breaking labour viewed by Africans as cruel punishment meted by white masters.
The conservation value of contour ridges was not appreciated then and that wrong perception persists today.
Extension agents will need to mount a vigorous education programme on soil conservation.
Soil takes thousands of years to form; its loss spells disaster for sustainable food security.
Even more worrisome is the fact that most extension agents have no skills to peg contour ridges.
After clearing a four ha plot, I inquired but was told most extension agents are not skilled at pegging. A bigger problem was highlighted; pegging equipment, such as dumpy levels, is simply no longer available.
My four ha plot is still without conservation works in the form of contour ridges despite it being located on a sloping landscape. Soil erosion is slowly setting in.
The need for skills to peg and construct contour ridges is urgent right across the whole country.
Severe soil erosion of cropped lands in the absence of appropriate conservation works threatens to silt up the remaining rivers
Soil erosion removes top soil, nutrients and organic matter, leaving infertile unproductive subsoil.
As a result, massive soil erosion is occurring in most resettled lands where moderate to steep slopes occur.
The fertility of these eroded soils is severely reduced and this results in low crop productivity in terms of yields per hectare.
Now the question is whether the extension agent, the farmer and the farm manager/supervisor appreciate this soil erosion challenge.
More importantly, can each one of them play their part — the farmer to mobilise resources, the manager to effect an action plan and the extension agent to educate and motivate farmers to act on the problem.
In the next episode we shall look at possible strategies for building the skills bases of key stakeholders to improve agriculture productivity.