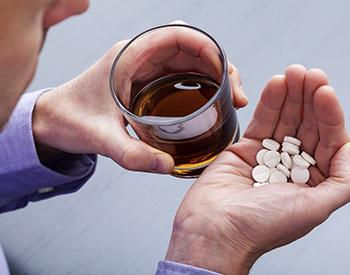 EXCESSIVE intake of alcohol is not advisable.
Intake of alcohol and driving are two actions which should be avoided.
Intake of alcohol and medication is also on the prohibited list.
However, many people on life-long medication find this difficult to avoid.
Lifelong medication for diabetes mellitus, commonly known as sugar diabetes; hyper tension, also generally referred to as high blood pressure; asthma (medication is usually taken after experiencing a trigger); epilepsy; and a host of other chronic conditions, is not to be taken along with alcohol.
The fact on the ground is different.
Many people on chronic medication have not managed to stop alcohol intake.
Some argue that taking alcohol helps them manage stress.
Last year, we lost Uncle Zechariah (Zex) who defaulted on taking his anti-HIV medication every time he got sloshed.
Uncle Zex had been lucky to be among patients initiated in the first batch on Anti-HIV Programme of December 2003.
Back then, he took his medication at 7am and 7pm.
Then, in 2012, with advances in medication, he took a single tablet of the triple combination at 7pm.
Uncle Zex was on most occasions drunk by 7pm, thereby missing his dosage.
Like all medication, there is the first line given to beginners.
By 2013, Uncle Zex failed treatment.
He was admitted at Howard Mission Hospital with tests showing treatment failure.
He was counselled and again placed on second line medication.
For two years, he religiously took his medication.
Feeling stronger, Uncle Zex went back to the ‘wise waters.’
Lapses in taking his pills could now be due to forgetting under the influence of alcohol since he was now required to take medication at 7am.
Uncle Zex had treatment failure again and required third line medication which the public hospital did not have. He said goodbye to his favourite drink as the HIV virus multiplied, making his immune system a playground to opportunistic infections.
First line ARVs cost US$80 to US$100 annually.
Second line medication costs US$300 to $500 depending on the brand.
Third line defence is anything above US$500 and not affordable to most.
Public institutions offering free medication are not able to give third line medication, although it is available on the international market.
Dr Manasseh Phiri, a Zambian medical doctor, in a webinar for faith leaders hosted by the World Council of Churches, said patients need to be more educated on the dangers of alcohol and life medication.
“The harm caused by missed doses far outweigh the harm caused by mixing the two. However, mixing the two is fatal too. It could lead to liver and kidney diseases,” said Dr Phiri.
The World Health Organisation (WHO) reported in 2017 that a total of 2,5 million deaths were due to alcohol consumption.
This figure is higher than the AIDS-related mortality in the same year.
“In 2017, 940 000 people died of AIDS-related illnesses. This number has reduced by more than 51 percent (1, 9 million) since the peak in 2004 and 1,4 million in 2010. The vast majority of people living with HIV are located in low and middle-income countries, with an estimated 66 percent living in sub-Saharan Africa,” reported WHO in Global 2017 Statistics.
“A total of 1,6 million succumbed to TB in 2017.”
The HIV virus mutates when medication is no longer working properly and one is required to take the next stronger dosage.
Reuters Health reported a study of 200 HIV positive people on medication and taking alcohol too.
The study ran for a year, with 51 percent stopping medication due to forgetting after alcohol consumption. The viral load was higher in those who defaulted taking medication.
Viral load is a golden standard to measure the amount of virus in the blood.
“People under alcohol influence display behaviour change that would not be normal when they are sober. They can even behave in a manner they are not responsible for since they are not in control. It would not be queer that a scene that was normal a few minutes before alcohol consumption can change, a person in a bar can suddenly see what I term, ‘beauty lying in the eye of the imbiber,’ and get to irresponsible behaviour, ending up indulging in a few minutes’ stand without using protection. Quite a number of people got infected when they were drunk and they have gone to say so. However, there currently is no study to link the two, although I have seen that often as a pointer.
So this calls for hospital personnel to educate patients on the double danger of alcohol and medication intake.
It is also not unusual to see someone take medication with alcohol instead of water. This is never recommended,” said Dr Phiri.
Alcohol and substance intake are not to be condoned.
Young women have had their drinks spiked and ended up being raped.
Taking alcohol, therefore, must be in moderation for clients not on medication and non for chronically ill patients.
For those on life-long medication, mixing the two overloads the liver, kidneys and other internal organs.
Beer industry is big business but they at least give a warning that taking alcohol in excess is dangerous to health.
The warning is given, it’s up to the imbiber to decide.
Alcohol and medication are two strange bedfellows and taking the two at once is a sure recipe to prematurely booking your hearse to your final resting place.