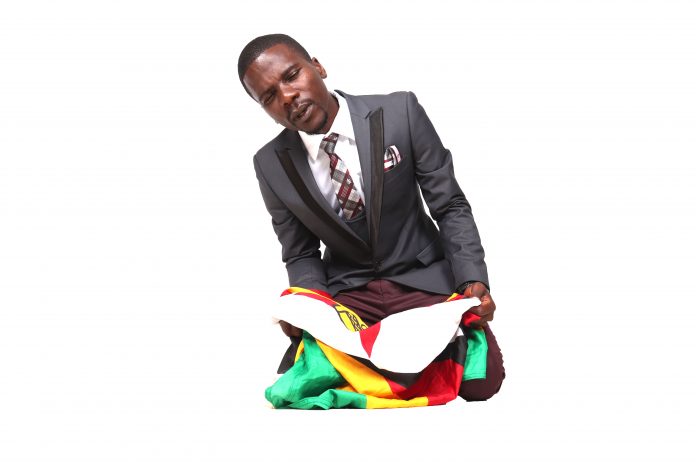 The single track, which is meant to encourage the nation to be prayerful, will be released this month.

The Kwekwe-born musician explained that the song is a prophetic message to inspire citizens to pin their hopes on God.

The song speaks to every Zimbabwean; it encourages them to soldier on.

God will soon turn things around, it exhorts.

“I recorded this song not because I wanted to, but it was the instruction of the Lord who wants to speak to Zimbabweans through the song,” said Ziki.

“God spoke to me in a vision, stipulating that the solution to Zimbabwe’s economic challenges is God.

Therefore, the nation must look up to him and believe that he will heal Zimbabwe.”

He is not the first musician to claim to have received a vision on Zimbabwe.

Pastor Josh Kawara also claimed to have received a prophetic message during a prayer service to record the song ‘Nyarara Zimbabwe’.

Ziki said the inspiration of the title of the song, ‘Zimbabwe Taura NaMwari’, came from 2 Chronicles 7 vs 14.

“I adopted the title of the song from the Bible verse 2 Chronicles 7:14 which says: ‘If my people, which are called by my name, shall humble themselves, and pray, and seek my face, and turn from their wicked ways; then will I hear from heaven, and will forgive their sin, and will heal their land’,” he said.

The verse seeks to encourage Christians to stay steadfast and be firm in the word of God because he will deliver them from their suffering.

The upcoming musician said it is the Church’s responsibility to offer comfort to people.

“This song was composed in a place of prayer for the land of Zimbabwe and it’s coming out as a reminder, a wake-up call, an inspiration to the children of God to raise their voices in prayer for the nation,” he said.

Ziki whose musical talent emerged during his high school days in Kwekwe where he was a member in the Reformed Church of Zimbabwe, began his song writing journey in 2014.

“Knowledge Ziki is a song writer, composer and producer of all the songs I sing. I do music fulltime for a living and I also teach music,” said Ziki.

“I have been working with various musicians in the gospel arena over the past years and all I can say is, I have learnt a lot.”

As a way of sharpening his skills, in 2014, he enrolled at Global Music Academy where he studied musicology, acquiring vocal training and the rudiments of song-writing.

While in Harare, the creative songwriter, recording artiste, who is also a public speaker, is currently in the process of recording a new project and shooting a music video of ‘Zimbabwe Taura naMwari’.