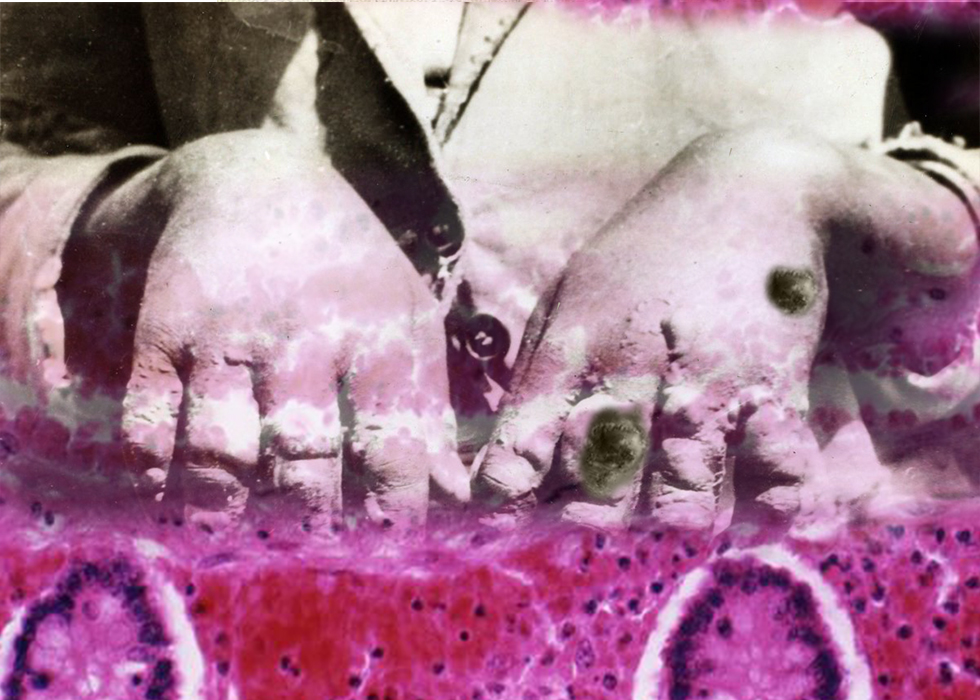 IN 1978, the writing was on the wall for the Rhodesians.

They were losing the war and freedom fighters were not backing down.

The Rhodesian central intelligence and army knew it was inevitable – they would lose.

The constant call-up of the white male population was increasing emigration.

They had no manpower.

In contrast, the number of locals joining the liberation struggle was increasing.

Seeing that they were losing on the battlefield, the Rhodesians took to their weapon of last resort — chemical and biological warfare (CBW).

The aim was to wipe out freedom fighters who had grown in numbers.

According to the Library of Congress website, chemical weapons are devices that use chemicals to inflict death or injury while biological weapons use pathogens or organisms that cause disease.

Pathogens include bacteria, viruses, fungi and toxins which are poisons produced by animals or plants.

Only 16 countries, including Germany, Iran, North Korea, US, UK and Russia, have had, or are currently suspected of having, biological weapons.

The Ian Smith-led Rhodesian Government is one of the few governments known to have used chemical and biological agents.

CBW was employed towards the end of the liberation struggle.

The Rhodesians, with possible assistance from the South African Apartheid Government, launched the CBW programme.

The main culprit for the Rhodesians obtaining biological weapons was SA as they had one unifying aspect, which was the continuation of white minority rule.

SA was an original signatory to the Biological Weapons Convention in 1972, ratifying it on November 5 1975 and had produced chemical weapons during the Second World War in Gauteng Province.

The South Africans had two dedicated biological weapons facilities; the Institute of Virology in Johannesburg and the South African Defence Force (SADF) veterinary facility near Pretoria.

The chemicals used in the CBW programme were parathion (an organophosphate insecticide) and thallium (a heavy metal commonly found in rodenticide), probably because these compounds were readily available in Rhodesia at the time and were relatively inexpensive.

Not only was the CBW targeting humans, that is the freedom fighters who became victims of poisoned food, clothing and medicines, Rhodesians also targeted livestock.

The aim was to create an impression that freedom fighters were bringing foreign bacteria and viruses that caused diseases among livestock owned by the locals.

Rhodesians contended this would drive a wedge between locals and freedom fighters.

They knew locals were a vital component in the war strategy of freedom fighters.

Fighters relied on locals for information, food, shelter and assistance.

Their relationship was that of water and fish, so Rhodesians sought to break that bond.

This was one of the main reasons for introducing anthrax.

As such, Rhodesians, under their CBW programme, targeted livestock belonging to locals by infecting them with anthrax.

For centuries, anthrax has caused disease in animals and uncommonly, serious illness in humans throughout the world.

Anthrax is a disease acquired following contact with an anthrax-infested animal or its by-products with herbivores being the most common carrier as they usually ingest anthrax spoors residing in the soil.

Before 1978, Rhodesia recorded an average of 13 cases of anthrax a year.

In 1979, the largest recorded outbreak of anthrax occurred in Rhodesia.

The Rhodesians were at work.

On October 15 1979, the Department of Veterinary Services announced that a cattle-borne illness of anthrax had broken out in three Tribal Trust Lands (TTLs) and had claimed 21 people.

Three days later, in another announcement, it was reported that the outbreak had spread to six TTLs.

In a paper titled, Rhodesian Anthrax: The Use of Bacteriological and Chemical Agents during the Liberation War of 1965-80, former CIA intelligence officer Ian Martinez quotes a Rhodesian officer who attested to the fact that the outbreak was a planned mission.

“It is true that anthrax spoor was used in an experimental role in the Gutu, Chilimanzi, Masvingo and Mberengwa areas, and the anthrax idea came from army PSYOPS (Psychological Operations Unit),” quotes Martinez.

“The use of anthrax spoor to kill off the cattle of tribesmen was carried out in conjunction with the psychological suggestion to the tribes people that their cattle were sick and dying because of disease introduced into Zimbabwe from Mozambique by the infiltrating guerillas.”

It is not surprising to note that minimal effects were recorded in farming areas reserved for the white farmers.

In contrast to the devastating effects in TTLs, only 11 cases of human infections were reported, with no deaths in the white farmers’ community.

The land that had been allocated to locals was mostly arid, whereas the areas reserved for whites were relatively fertile, hence the alkalinity in the soil and the arid conditions would be ideal for the spread of anthrax.

The second reason Rhodesians would use anthrax was that by destroying food stocks in rural areas, the original goals of ‘Operation Turkey’ would be enhanced.

Under ‘Operation Turkey’ was a rural food rationing programme that had been put in place to ensure that locals did not continue to feed freedom fighters.

“Food was used as a weapon in Rhodesia, therefore, it is conceivable that the anthrax program was meant to destroy Shona wealth and food processing,” writes Martinez.

“By denying the guerrillas food, their morale would sink as their supply lines would be unable to support them.

The CIO hoped the guerrillas would merely starve in the field.”

The efforts were fruitless.

Freedom fighters were not backing down.

They were not going to let hunger or any attempts by Rhodesians to discourage them stand in their way.

All they wanted was an independent Zimbabwe.

The attack on animals was also a move to demoralise locals.

In a research paper titled, Poison in the Rhodesian Bush War, Colm Wittenberg highlights that Rhodesians were aware of the value attached to cattle in the African society.

“As in other parts of Southern Africa, wealth is primarily measured by the number of cattle on has, therefore, without cattle to measure their wealth, rural blacks’ morale would sink and support for the uprising would end,” he writes.

“For example: There is always hardship, but if cattle die, the family loses its source of wealth; without motive power for ploughing, crops cannot be planted, leading to no food, no money to purchase food, pay school fees, bus fares, taxes, or buy the essentials to life.

The family is reduced to grinding poverty and malnutrition becomes rife.”

Rhodesians were stopping at nothing to ensure that locals suffered.

But, just like the freedom fighters, locals remained resilient.

They had suffered enough under the Smith regime.

In a research paper titled, Anthrax Epizootic in Zimbabwe, biological warfare epidemiologist Meryl Nass, for the first time, demonstrates how the anthrax outbreak of 1978-9 could have been man-made.

She shows it had distinct differences from regular outbreaks; an unprecedented number of infected humans, the unnatural way the disease spread over the country and the perfect timing for the regime are all suspicious.

“Yet, during the war, anthrax became one of the country’s major causes of hospital admissions.

Next, the large scale infestation is additional proof of a deliberate spread.

Most anthrax outbreaks have a high degree of focality.

The outbreak was centered only in Zimbabwe with none of its neighbours had higher than normal reporting of infections.”

Sadly, Nass, like other researchers, ends her investigations with no solid conclusions, as information surrounding the use of CBW is shrouded in secrecy.

However, Nass calls for more research on the topic.

Indeed, more needs to be uncovered on the use of CBW during the liberation struggle as the effects continue to be felt.

Cutaneous anthrax is the most common natural form of the disease with an estimated 2 000 cases reported annually.