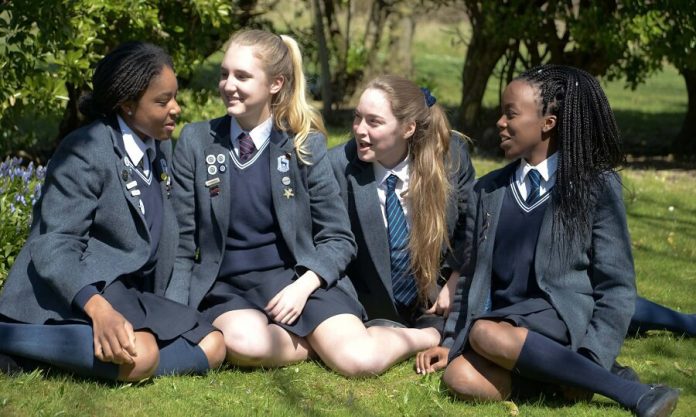 A FEW weeks ago, I approached an elderly man whom I knew to be Zimbabwean.
I needed some help and I engaged him in Shona.
As I began to describe what I needed, he stared at me blank-faced, with an expression of bewilderment.
In a confused English tone, he said: “Yes I am Zimbabwean, but I do not speak the language, any of the languages.”
His accent was squeezed and horrible.
The guy saw my disbelief, but he really could not speak Shona or Ndebele.
Pardon me, but I was gutted!
People here have thrown, and continue throwing, away their beautiful languages in a bid to become English.
But the truth is Zimbabweans here will never be English, no matter how hard they try.
Language is a critical part of one’s identity.
By losing their languages, our people here are now Zimbabwean by appearance and nothing else.
What is sad is the fate of the children we are raising here.
Every other race; the Chinese, Koreans, Indians, Arabs and others, have made it a point to make their homes cultural bastions.
Their children might go out and do everything the British way, but they know their customs and languages.
Their homes are preserving and protecting their identity.
Children in the Diaspora are growing up desperately trying to become English, but they will never be fully accepted in the British establishment.
They are the token black children in their classes.
They have the ‘darkest’ skin, the ‘roughest’ hair.
To put it bluntly, they are always the ‘sore thumb’ in all their class photos.
Despite being born and raised in the UK, they are still subjected to societal segregation due to their appearance.
‘Little’ racial abuse acts considered nothing ‘drastic’ or ‘serious’ are perpetrated against them by their peers and teachers.
However, over time, they learn to adapt and live with this ‘subtle’ abuse.
Like a turtle, they master the ability to live both in water and on land.
They are taught at school that the UK embraces all their various backgrounds and origins.
Usually, when a teacher discusses about the UK and their ‘tossed salad’ analogy, he/she would make it a fact to point at them while enthusiastically claiming they are an example of this wonderful multi-cultural nation, ignorantly and arbitrarily ascribing to them a random African country to prove a point (typical stereotyping).
It is in moments like these that they wish they were not a case study for their social studies class; that they could fit in with the Rebecas and Ashleys sitting around them.
Our children know, deep down, that they can never truly belong in this society.
There are those moments when children just interrogate you about their real home, Zimbabwe.
It is no fault of the children growing up here that they know nothing about their motherland.
Parents are to blame.
Parents are not cultivating pride of the motherland in their children.
This is made worse by the fact that some parents have stopped practising their way of life in their day-to-day affairs; appearing to lack confidence in their foods, among other things.
When meals are being prepared in the homes, the Zimbabwean dish is for baba, while children have English dishes.
What lessons are we giving children when we make them shun their food?
Parents are at the forefront of vilifying their country and making their children feel ashamed to be Zimbabweans.
Rumbidzai is now called ‘Rue’, Mazvita is ‘Maz’ while Tadiwa has become ‘Tad’ and ‘Zanele’, ‘Za’.
All these are efforts to get as far away as possible from Ndebele, Shona, Ndau, Kalanga, Tonga, Venda and the other languages we have.
We are everyday sprinting away from our identity.
Ignorance makes parents think that British validation comes from stripping away everything Zimbabwean about them.
While children of other nationalities spend most of their time with their British peers, they have not, and are not, losing their identity.
In extreme cases, some second generation children are effectively removing themselves from interaction with fellow Zimbabweans as in refusing to immerse in the Zimbabwean culture to avoid the ‘stigmatisation’ of being associated with their nationality.
Fortunately, there are children with a heightened sense of ethnic pride.
And these are proud to be associated with Zimbabwe to the extent of researching everything about their motherland.
Our children in the Diaspora must know their roots.
They must contribute to the development of their country.
There is nothing amazing or beautiful about people forgetting who they really are and adopting others’ identity.
It is sad when these children return home and cannot fit into their communities simply because they cannot converse with their people.
What makes it horrible is, as they find it difficult to engage their people back here in Zimbabwe, in the UK, they have not been fully accepted by the British community.
At the end of the day, they are a frustrated lot who really do not belong to any specific community.
Isn’t that a tragedy?