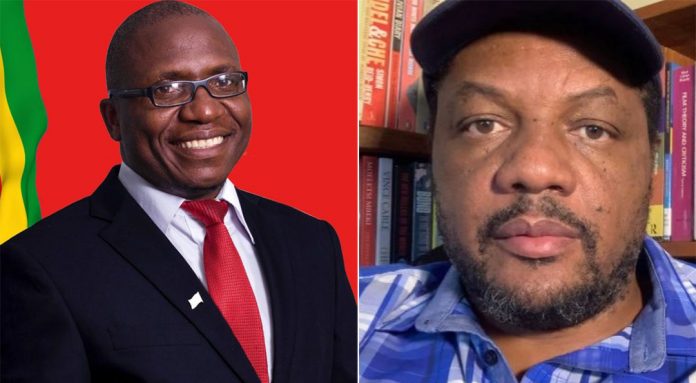 THERE was nothing unusual or untoward about the announcement by the ANC leader and South African President Cyril Ramaphosa that his party would be sending a delegation to Zimbabwe to discuss security threats, continued interference by Western powers, among other issues, except to the excitable activists, who have been clamouring for a ‘crisis’ in this country.

The country has in the past few months been under siege from internal detractors, who have been pushing nefarious agendas, sponsored by their handlers from Western capitals to bring it to the global spotlight all for the wrong reasons.

They have taken to the social media to create false narratives of a Zimbabwe in crisis, a Zimbabwe that has gone to the dark ages and a Zimbabwe that has little or no regard for human rights especially when it comes to the incarcerated trio of Job Sikhala and Hopewell Chin’ono and Jacob Ngarivhume, who recently got bail.

The anger that has been exhibited by Western embassies and local activists over the arrest of that trio on charges of attempting to subvert the Government, coupled with their aggressive social media incitement of public violence has been telling in many ways.

Their plan is simple and as clear as daylight.

Zimbabwe must be humiliated, it must be posited as a pariah state and its leaders must be prosecuted at the international forum.

There has been a lobby, such as the one that was suggested by the eccentric US Ambassador to Zimbabwe Brian Nichols recently for SADC to take what he said would be an ‘assertive’ role in ‘dealing’ with the situation in Harare.

This is where the ANC must be careful in its engagement with so-called ‘other’ stakeholders in the country.

They must be wary of falling into the trap that has been set by the West, that of buying into cantankerous narratives that have been created against Zimbabwe.

They must come here as neutral observers and make sound judgment based on what is really obtaining on the ground.

President Ramaphosa told the media after his party’s National Executive Committee (NEC) meeting that there will be meetings in Zimbabwe.

“It was also agreed that the ANC must speak to all parties and stakeholders as well, and the NEC agreed that the International Relations committee of the ANC must provide detailed reports on these two (Zimbabwe and Mozambique) matters at its next meeting,” Ramaphosa said.

“It is clear that we need a process, that they will engage other people and we want to see something happening in the interim period as the African National Congress.

“We have decided that we should also have party to party (ANC-ZANU PF) discussions. The secretary general spoke about this and we have now reinforced the need, the secretary general will be finalising the delegation that will be going to Zimbabwe in few days to go

and meet with the Zimbabwe governing party, ZANU PF.

“In my discussion with President Mnangagwa, we discussed this and he indicated to me that their politburo wanted to and desired to be in conversation with ANC as the governing party in our country to discuss more fully the situation in Zimbabwe.

“In that regard, both of us as heads of our governing parties, we agreed that this delegation should now proceed and our secretary generals must facilitate the meeting that should happen as quickly as possible.”

This brings us to the excitable activists, who have been drooling over the prospects of a possible anti-ZANU PF backlash from the ANC.

The ANC delegation knows truly and very well that its mandate here in Zimbabwe is by no measure to poke their noses into this country’s internal affairs.

Their boundaries and limits are clearly stated and we know as much as they know that those sacred boundaries will and must never be crossed.

This is a visit to discuss issues of mutual cooperation by two nations that are hamstrung by the albatross of colonialism and brutal liberation struggles.

This is what will form the basis of the engagement; the continued interference into Harare’s internal affairs by the West, especially the US and their refusal to remove the illegal economic sanctions on the country, and with it a region that is under siege from terrorists that are harassing people especially in northern Mozambique.

“In our view as a revolutionary powerhouse in Zimbabwe and in the region, this party-to-party dialogue convened at the urgency of the malicious deconstruction of the ‘Zimbabwean situation’ must expose the imagined desires of a political crisis as misrepresented in the cyber space. We are aware of the input of our opposition in this as its existence is only sustained by creating despondency and demonisation of our nation in a bid to justify its regime-change project. They have failed before and many more failures wait on their part.

“They are expected as soon as possible, it’s an initiative that is being done by our principals, we are sister parties we should never allow a third party to divide us.

“Therefore, this forthcoming party-to-party dialogue substantiates our timely response as liberation movements to the ever-changing complexities of the neo-colonial decimation of the SADC region.

“The only obtaining crisis in Zimbabwe is the continued demonisation of our Government by many forces opposed to the milestones of the Second Republic. In the face of this pro-opposition postured ‘political crisis in Zimbabwe’, this ZANU PF-ANC dialogue on Zimbabwe must reinforce our ideological convergences in as much as it should unpack the two nationalist parties’ shared existential threats.

“While there is a dedicated onslaught on Zimbabwe and ZANU PF, in particular, to disfigure the political situation in the country, we hope our ANC counterparts will be better acquainted with the genuine state of affairs in our country beyond the sinister propagandas of our detractors.”

It should be borne in mind that the path Zimbabwe has taken is premised on economic revival, industrialisation and maximum land usage.

Zimbabwe is slowly crawling to the future it belongs.