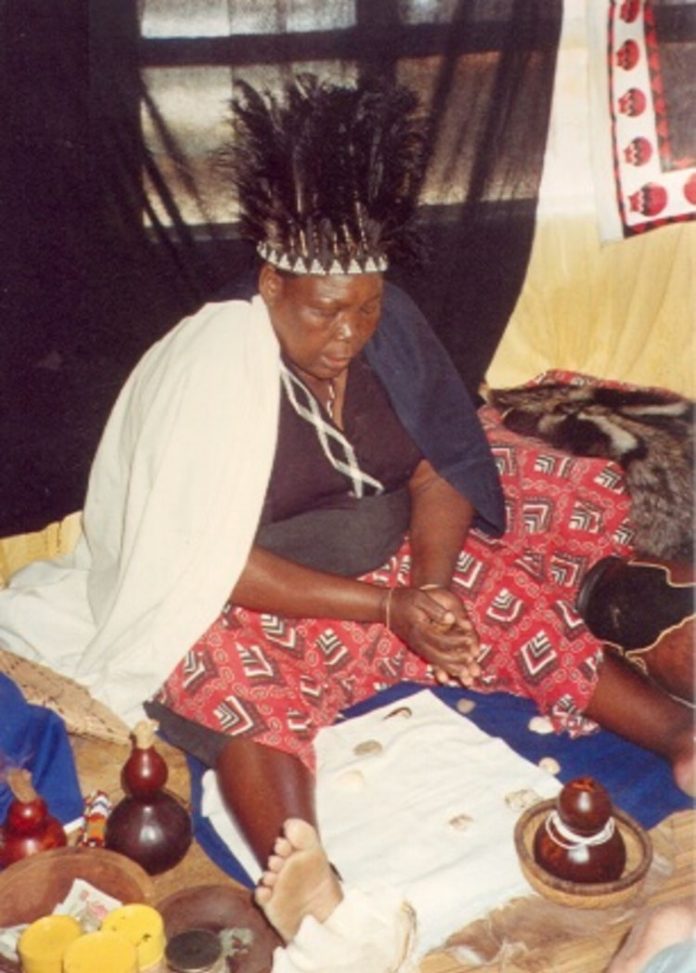 IN Shona we say: “Wafa wanaka,” meaning there are no grudges beyond the grave or after death.

Yet in English culture we are taught to look for prosperity in heaven or alternatively to watch out for the torment of hell after dying.

The experience of peace, happiness and bliss while still living, as opposed to pain, strife and other negative things is what was called heaven or paradise by the prophets of old.

This state of high self and environmental consciousness unlocks the godly properties of mankind and gives him purpose.

This high level or zone was known as Zion or the Kingdom of God by the ancient Israelites.

It was a feature of the old world.

This concept is still known in Africa and Asia from whence it originated but is misunderstood by the whites and the Western world.

If a dog were to be asked to point God out, it would most certainly point at a man.

But if a man is to be tasked to do the same, he would probably point at the sky, at something he or she can’t see.

Even if we are to use a spaceship to seek God in space, we would find there is nothing, not even other living organisms and certainly no habitable place called heaven.

This is because God is in spirit and the spiritual realm coexists with the physical.

We need not move an extra inch to seek God or other spirits.

But spirits reside in mankind and their nature can be seen in the works and character of the people who host them.

Man is the image of God, to whom dominion over all things was given.

The peace that the righteous attain from abstaining from committing evil against people and nature wards off guilt and conserves innocence and piousness in humans.

This equates to heaven.

The opposite is true for people who indulge in evil and thus carry a guilty conscience, regret, paranoia, insomnia and other forms of negative energy.

This equates to hell.

Heaven and hell are thus opposites and there are shades in-between.

There are levels that living men and women reside in owing to the fruit of their actions, not places that people’s souls go to after they die.

Evil spirits keep their host, that is the human that carries out their will in a state appropriately called living hell.

One may kill to steal property, but that same individual will envy the poorest man after guilt causes him to lose his ability to sleep or eat.

Holy spirits keep their host guarded, guided, reassured and in a state of constant learning.

One sleeps like a baby and has a healthy appetite only when his/her spirits are high and have not done wrong to others or the environment.

The ancient Hebrews called the spirit ‘ruahk’ and it was not some wraith-like figure which could be referred to as a ghost. Besides the human soul, spirits manifest either as angels or devils (fallen angels) in mankind and are known through their deeds.

This conforms to our traditional mhepo, shavi and/or mweya beliefs.

According to our culture, there is no heaven or hell, but only good or evil spirits which lead to good or bad fates depending on how each host chooses to live.

A ‘gombwe’ is an ordained host (homwe/nyama) of holy spirits (mhondoro).

A ‘svikiro’ is a recipient of spirits.

These are often good and were previously hosted by one’s ancestors.

But some may be bad spirits that can be seen in mediums called ‘ndhlozi/shavi’.

Even ability or talent was viewed as a spirit called ‘shavi’ which would have chosen to be hosted by individuals who would then become hunters (vavhimi), traders (vashavi), weavers (vasoni) and so on.

The hunting spirit (shavi rohuvhimi) comprised attributes like combat readiness, craftiness, courage and other characteristics that are still applicable in the modern setting and could earn the host a living.

The spirit of tradesmanship (kushava) would translate to intelligence, entrepreneurship and industriousness. Weaving (kusona) would show that one had the spirit of advanced dexterity, focus, patience and construction capabilities.

States of hell and torment are called ‘ngozi’ and they are associated with the guilt one suffers, especially after unjustly taking a life.

To the Hebrew people, ‘ngozi’ was the avenging angel and it would not allow peace to be enjoyed by murderers and their descendants until they were consumed by guilt, killed by men or they demonstrated their remorse by accepting punishment and paying a heavy blood debt (kuripa ngozi).

Both philosophies address the hell-ridden fate of a spirit of a murderer, yet he is still living.

The sacredness of human life is a key component of both Hebrew and hunhu/ubuntu philosophy.

This can be vividly witnessed in the biblical Cain’s fate after murdering his brother Abel.

He was banished from the land, marked for death and the blood debt remained and increased over five generations to his descendant called Lamech who displayed the same murderous spirit which led him to kill in the manner of his ancestor.

The spirit of mankind is felt through the actions or lifestyle of the host.

It communicates through the voice and written words.

The ultimate cost of wickedness is loss of peace.

Hunhu/ubuntu was what our ancestors thought could be considered the ordained way in which mankind ought to live.

Yet even animals abide by the respective diets and roles set for each of their species by God and nature.

The hunhu/ubuntu philosophy distances humans from animals, arguing humans are much higher intellectually, socially, ethically, emotionally and otherwise than animals.

Creatures, beginning with insects, are called ‘zvipuka’ and the most prominent of them are called ‘mhuka’ meaning animals. Humans are not included in this category.

Rather, humans were given another name which was rooted in the word ‘chinhu’ meaning a being or thing.

To the ancient Africans, humans were perhaps the reason everything else on earth was created.

This conforms to the biblical story which says animals were made to accompany the man before women were eventually created and that man was given dominion over all things.

Even angels were tasked to serve humans and those who rebelled were cursed from the heights and made to live on the earth.

Thus, we should expect both forces of good and evil to manifest in human beings for that is the nature in which spirits from heaven or hell manifest on the earth.