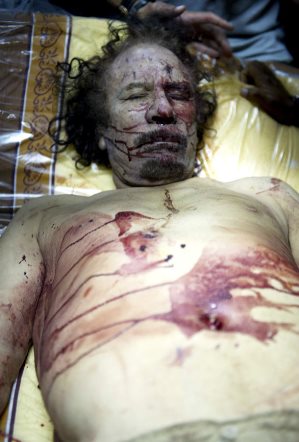 WHEN Barak Obama became president of the US in 2009 most of us went wild with jubilation that at last one of us, a son of a Kenyan academic, would become the most powerful man on earth!
A black man for that matter occupying a White House provided all the good symbolism one could wish for, especially for our children and grandchildren growing up in a world in which white people have almost always exercised power, rather unkindly, over most of those who are not white!
Obama’s meteoric rise in American politics became the story of the year, a constant reference point, something which Africans could always allude to when trying to inspire their young ones to dream big and better dreams as if to say, the sky is not even the proverbial limit!
Beyond the thinly disguised racial pride Africans felt in Obama was of course a bigger dream that at last Africa had an opportunity to establish a better and more productive relationship with the US based on mutual interests! Why not when Africa itself had given so much of its labour to the US for over four centuries, albeit in tragic circumstances of slavery!
That African optimism was not an isolated phenomenon either. The Nobel Prize committee in Norway awarded Obama the peace prize before he had done anything of substance in the White House.
The Arabs too laid out the red carpet and welcomed him with open arms in the hope that at last peace will descend in the Middle East and heal the wounds of the long suffering Palestinians!
In the US itself Obama appeared like the much awaited messiah when compared to the despised war criminal, George W. Bush who preceded him!
After six years or so much has happened in Africa and beyond to make it almost a source of embarrassment to refer to the heady optimism which greeted Obama’s presidency! The question is: why?
Tell tale signs that all would not be well between Africa and the US surfaced when it became clear that President Obama would not be visiting his homeland, Kenya, because of alleged human rights abuses.
But most of those familiar with Kenyan politics knew that the US preferred the neo-liberal and US-backed Raila Odinga as president of Kenya and not the relatively nationalistic Uhuru Kenyatta who won the elections in 2013.
In brief, Obama was simply following the regime change politics of the G.W. Bush era! It also became clear that Obama was implementing the same regime change policy towards Zimbabwe which G W Bush had inaugurated through his Zimbabwe Democracy and Economic Recovery Act of 2001! Why, one may ask? Obama simply responded by repeating word for word what Bush had said about Zimbabwe before!
In 2009 Obama said, “Zimbabwe’s actions and policies pose a continuing unusual and extraordinary threat to the foreign policy of the United States.”
How a tiny country that Zimbabwe is, with a small population of barely 13 million people, could become a threat to the US which has over 300 million people and is armed to the teeth with powerful nuclear weapons capable of destroying the whole earth several times over boggles the mind!
One could forgive the brainless G.W. Bush for saying such an absurdity in defence of white settler privileges in Zimbabwe!
But for the intelligent Obama, the son of Africa, to repeat the same absurdity like a parrot, speaks volumes about how helpless and weak he is vis-a-vis the white establishments in Washington and London!
It is obvious that these white establishments are the ones which formulate policies and draw up programmes to implement those policies while Obama becomes the actor who dramatises bogus moral stories which are usually narrated to justify Western aggression in Africa.
For instance, the bombing of Libya by NATO in 2011 deserves far more critical attention from African policy makers and scholars than has been given so far! That bombing not only exposes the reason why Obama was chosen by those who own and run the US behind the scenes to become president but also the role he was is supposed to play in the re-colonisation of his motherland.
Had it not been for Obama most of us do not believe the US and its European partners in crime could have persuaded South Africa and Nigeria to vote for NATO intervention in Libya at the Security Council of the United Nations! Had it not been for Obama most do not see how NATO could have gone on to ignore the views and opinions of African Union during the Libyan crisis the way it did.
Both South African and Nigerian leaders genuinely believed that military intervention to forestall genocide against Libyan civilians was needed!
Why? Deep down in their hearts they trusted Obama because he looked like he was one of their own; they believed he would not play dirty politics and sanction the destruction of Libya the way he subsequently did!
Through his diplomats Obama succeeded in persuading these two big African countries to trust the West where G.W. Bush would not have succeeded in a thousand years!
There are several reasons why Muarmar Ghaddafi had to be eliminated by the West! One of these is that he had always been a difficult person to deal with when it came to the exploitation of Libyan oil resources.
He was a nationalist who believed that underground crude oil and water resources which Libya has in great abundance should benefit Libyans first and foremost!
Such resource nationalism has always been a threat to the prosperity of all Western economies which have always been thriving on the accessibility of cheap African resources for centuries!
In other words resource nationalism practised in Libya for decades by the then Gaddafi government and implemented in Zimbabwe, especially during the land reform programme by the Mugabe government, amount to “an extraordinary and unusual threat to the foreign policies” of all Western countries led by the US!