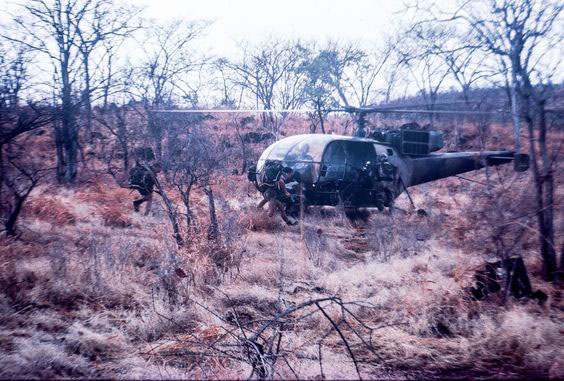 The story of Cde Agnes Maeza

WHEN Mozambique attained independence on June 25 1975, Rhodesians intensified their operations in Manicaland as ZANLA forces established military training bases and refugee camps in the neighbouring country.
Honde Valley became a passage for recruits from the east where many schoolchildren abandoned studies to join the liberation struggle to dislodge the Ian Smith regime.
My two elder brothers, Nhamo and Richard together with my elder sister Sylvia did not return home for the school holiday of 1976.
Nhamo and Richard left together with other students from St Augustine’s, Penhalonga, while Sylvia left with mates from Mutambara High School in Chimanimani.
I was 15 years old and no longer going to school since our primary school, Saint Peters Jombe was shut down as the liberation war escalated.
My mother had passed on in 1974 and my father was working in Harare (then Salisbury).
I was taking care of my little sister Angeline, four years my junior.
As the ‘big girl’, I was involved in the war just like other boys and girls who worked as war collaborators.
Young as we were, we were a cog in the revolutionary wheel.
Girls cooked and took food to the bases, while boys carried information, mobilised the povo for pungwe meetings, as well as observing enemy movements.
I worked together with Juliet Mutsamba, Rosemary Mabvuwu, Anna Saungweme, Tatenda Mabvuwu and Tsitsi Nyabadza.
Although our school had been closed, the headmaster remained at the school and in December 1978, he sold out vanamukoma (guerillas) to the Rhodesian soldiers.
He informed them that ZANLA guerillas were based in Gwiriri Mountain.
I vividly remember seeing a helicopter hovering several times around Gwiriri Mountain which was about six kilometres to the south of our homestead.
I was worried because vanamukoma were based there.
As the norm, together with other chimbwidos, we took food to vanamukoma.
However, after serving food, we were told to quickly return home by Cde Tapi Makanda.
It was unusual because we usually waited for them to finish eating before we left.
As we were about to leave, George Charles Mushonga and his brother John arrived at the base.
They had picked the headmaster’s cap which had fallen from the helicopter.
The headmaster had sold out and the cap was evidence.
Vanamukoma immediately dismissed all of us and left the base.
We all rushed to our respective homes as instructed by Cde Makanda.
At around 3pm, a spotter jet flew towards the direction of Mount Gwiriri.
This was indeed the beginning of a battle.
In no time, I saw two Bedford trucks carrying Rhodesian soldiers headed towards Gwiriri Mountain.
Our homestead was in the mountain opposite Gwiriri Mountain across Nyamarungu River.
The main road from Mutare was a few kilometers beneath the mountain and our home, hence all enemy movements were clear.
Rhodesians had no idea ZANLA combatants were ready for them.
They were unaware the headmaster’s hat had been picked up by vanamujibha.
It was going to be a surprise attack to the Rhodies.
They were already in the killing bag.
ZANLA combatants in the mountain started firing at the enemy before they took positions.
They (Rhodies) were not given any chance to return fire.
Suddenly the Bedford truck was blown up by landmines.
Vanamukoma had earlier planted the mines along the road.
The battle should have lasted about 30 minutes.
Cde Dhuze, who was in Samaringa Village, later on put on a dress, doek and carried a sack shaped like a baby on his back.
He did the mop-up; swatting all the injured Rhodies.
I would like to believe a Rhodesian soldier on an Observation Point (OP) in Hwahwazira contacted their air force at Grand Reef Base, Mutare.
After about an hour, jets dropped bombs in Gwiriri Mountain, but as experts in guerilla warfare, vanamukoma had already left.
They managed to escape the battlefield unnoticed because there was a lot of cover from the evergreen vegetation of Honde Valley.
We learnt the following morning from the boys who were forced to assist Rhodesian soldiers in ferrying the corpses that many Rhodies perished in that battle.
Jombe, Samaringa and Nyabadza areas then became liberated zones, as no Rhodies dared set foot there again.
Compiled by Emergencey Mwale-Kamtande