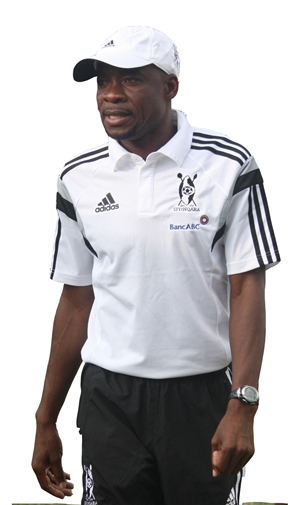 THE blockbuster match between Dynamos and Highlanders on Sunday ignites the country’s local premiership which is eclipsed by the on-going World Cup finals in Brazil.
Soccer lovers shift their attention from Rio De Janeiro to Harare, the epicentre of the ‘Battle of Zimbabwe I’ scheduled for the National Sports Stadium.
The Castle Lager Premier Soccer League (PSL) enters Week 12 this weekend starting this Friday to Sunday.
Highlanders hope for better fortunes this time as they travel to Harare after years of agonising defeats and draws against the Harare giants.
Dynamos have been a thorn in the flesh for Highlanders in the league fixtures.
Head-to-head statistics since seven years ago, favour Dynamos and if they are anything to go by, the Harare giants have a potential to frustrate Bosso one more time.
However, Highlanders are a strong team on paper and are unbeaten after 11 league fixtures proving to be a well-oiled machine in the premiership.
Highlanders’ consistency will be under check as Dynamos have upset Bosso since 2007.
The Bulawayo giants last won a league match against Dynamos one Sunday afternoon on July 2 2006 in Harare.
Bosso won 1-0 and since then, the best they have managed is a draw against the Glamour Boys.
Powered by some of the best players in the country, Highlanders are after turning the tables against the defending champions.
Gabriel Nyoni, Ozias Zibande, Kuda Mahachi and Charles Sibanda have the responsibility of delivering the set of three points to Highlanders.
Dynamos’ bluntness in front of goal is one area that will haunt the Harare giants. Simba Sithole fluffed half-a-dozen chances in their last home match against Triangle.
Ronald Chitiyo who has proved to be the most priced asset for Dynamos will need to be complemented by sharp strikers if Dynamos are to maintain their dominance over Highlanders.
Apart from the blockbuster match on Sunday, Chapungu FC will be entertaining Bigboy Mawiwi’s Harare City at Ascot Stadium this Friday.
Harare City have been struggling to establish themselves in the league and will be out to win.
Losing the first seven matches almost cost the scalp of the coach.
They have managed two victories and a draw in 11 matches and are occupying position 15 with seven points.
The poor show for Harare City does not match their huge spending.
The airmen will be without the services of Ngonidzashe Murisa and Blessed Mbavarira who are serving match bans.
Murisa accumulated three yellow cards while Mbavarira got a straight red card in the match against ZPC Kariba last Saturday for lunging on Raphael Manuvire’s leg.
The crude tackle was widely condemned with others calling for more disciplinary action against Mbavarira.
Manuvire will miss action for a considerable time before he returns.
It was a sad afternoon for ZPC Kariba who lost their playmaker in that fashion.
Elsewhere, CAPS United who hammered Shabanie Mine last Sunday at the National Sports Stadium will be in the Lowveld for a date against Chiredzi FC at Chishamiso Stadium on Sunday.
Chishamiso which can be translated to ‘stadium of surprises’, will see Moses Chunga and Taurai Mangwiro face-off.
Chunga’s lads are rooted at the bottom of the 16-team log while CAPS United are basking in last week’s glory when they returned to winning ways.
The Green Machine are occupying sixth position with 17 points to their credit.
The community-owned Chiredzi FC are failing to establish themselves in the league.
They have amassed six points from one victory and three draws in11 games.
Tomorrow, Luke Masomere’s Buffaloes travel to Bulawayo for a date against Bantu Rovers.
Both teams lost their previous matches and will be looking for maximum points in the match.
Buffaloes lost 1-2 at the hands of How Mine while league returnees lost to Harare City last Monday in Harare.
The Methembe Ndlovu coached Bantu Rovers are trading in murky waters and need to up their game.
Masomere’s army side have managed to keep up with the rest of the teams though breathing hot and cold in some instances.
Lack of consistency is their main worry.
For their efforts in the league, ‘Watungwa Watungwa’ as Buffaloes are affectionately known, are on 11th position with 14 points.
Black Rhinos who escaped relegation on the last day last season, seem to be content with 12th position on the log and are one point shy of the relegation zone.
However, the Kadoma side will be hosting Triangle FC at Rimuka Stadium on Saturday.
Rimuka garrison has not been a walk in the park for many teams.
Biggie Zuze will need to treat the army side with caution in their fortress.
Log leaders Hwange who upset Dynamos again host Chicken Inn at the Colliery and wish to repeat last Sunday’s performance.
An Eric Chipeta penalty separated the two sides.
Chicken Inn made a good start to the season, but seem to have lost steam as inconsistency is creeping into their camp.
Shabanie Mine welcome ZPC Kariba at Maglas on Sunday while Fc Platinum play How Mine in a battle of miners at Luveve Stadium.
The power utility side will be hoping to extend their unbeaten run to 12 games. The league debutants are writing their own script of history as they have electrocuted the league giants.
Head-to-head league statistics between Dynamos and Highlanders since 2006
02-07-06 Dynamos 0-1 Highlanders
06-04-07 Highlanders 1-2 Dynamos
11-11-07 Dynamos 0-0 Highlanders
13-07-08 Highlanders 1-1 Dynamos
02-11-08 Dynamos 1-1- Highlanders
26-04-09 Dynamos 4-0 Highlanders
08-11-09 Highlanders 0-1 Dynamos
28-04-10 Dynamos 1-0 Highlanders
26-09-10 Highlanders 0-3 Dynamos
25-04-11 Highlanders 0-0 Dynamos
16-10-11 Dynamos 3-1 Highlanders
22-07-12 Highlanders 1-1 Dynamos
28-10-12 Dynamos 1-1 Highlanders
21-04-13 Dynamos 1-1 Highlanders
27-10-13 Highlanders 0-1 Dynamos