Home Old_Posts Being black in America is a curse 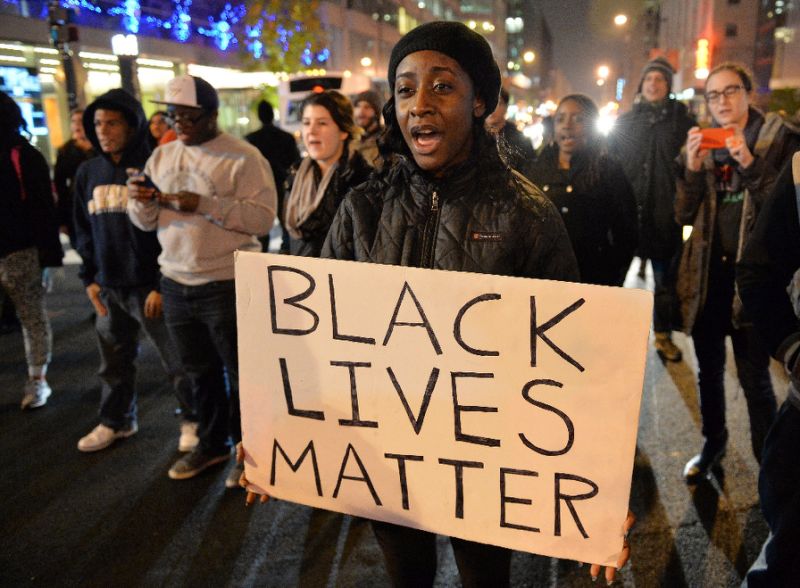 RACIAL and ethnic inequalities loom large in the American society.

People of colour face structural barriers when it comes to quality housing, healthcare, employment and education.

Racial disparities also permeate the criminal justice system in the US and undermine its effectiveness.

The National Advisory Commission on Civil Disorders, also known as the Kerner Commission, was an 11-member Presidential Commission established by President Lyndon B. Johnson in 1967 to investigate the causes of the race riots in the US and to provide recommendations for the future.

Mounting civil unrest since 1965 had spawned riots in the black and Latino neighbourhoods of major US cities, including Los Angeles (Watts riots of 1965), Chicago (Division Street Riots of 1966 [the first Puerto Rican riot in US History]) and Newark (1967 Newark riots).

In his remarks upon signing the order establishing the commission, Johnson asked for answers to three basic questions about the riots: “What happened? Why did it happen? What can be done to prevent it from happening again and again?”

The final report shocked many (and irritated President Johnson) when one of its main conclusions was that the US was ‘moving toward two societies, one black, one white—separate and unequal’ and that this was the underlying cause of the riots and rebellions that had occurred in urban areas.

Unless conditions were remedied, the Commission warned, the country faced a ‘system of apartheid’ in its major cities.

This separation was not based on voluntary actions by black-Americans but was created, maintained and condoned by white America.

The commission made recommendations to move the US toward a more unified society where equality was more the norm.

The commission’s recommendations were in employment, education, public welfare and housing.

In none of these areas have we seen equality!

A recent report by the Urban Institute on millennial homeownership found that today’s young adults are less likely to be homeowners than prior generations at the same age.

It also revealed that persistent racial and ethnic disparities continue in the homeownership rate among millennials.

Between 1999 and 2015, white young adults (ages 18 to 34) had the highest homeownership rate of any racial or ethnic group, at 42 percent, while only 18 percent of black young adults were homeowners.

Homeownership remains one of the most widely available and effective ways to build wealth and increase prosperity.

The greater wealth, higher homeownership rates and more consistent homeownership record of older white adults, as well as the enormous drop in home values following the 2007 housing market crisis experienced by a generation of older black adults, all contribute to the continued and growing homeownership gap between black and white young adults.

For many residents, this case was a microcosm of the frayed relationship between police and residents plagued by a history of brutality, profiling and torture that disproportionately affects communities of colour.

A Department of Justice (DOJ) report finds that CPD officers are quick to use excessive and deadly force, most often against black and Latino residents, without facing consequences. Reckless acts like shooting at suspects who present no immediate threat as well as discriminatory practices like ‘stop-and-frisk’ tactics not only endanger the public but erode community-police relationships.

The DOJ report calls for the CPD to undergo broad, fundamental changes to restore public trust.

In Chicago’s most vulnerable neighbourhoods, officers and residents do not trust each other.

This trend is seen across the country.

On the anniversary of the assassination of Dr Martin Luther King Jr., National Geographic hosted the programme ‘Race: What Defines Us?’

One question raised during the discussion was whether the nation has lived up to Dr King’s aspirations of equity if we use the racial wealth gap as a measuring stick.

In 1995, Melvin Oliver and Thomas Shapiro published their seminal book, Black Wealth/White Wealth, establishing that the racial wealth gap is not the result of individual missteps, but is driven by systemic barriers such as structural racism, policies, programmes and institutional practices that facilitate wealth building for white families while inhibiting or stripping wealth from African-American families.

More recent studies demonstrate that even when families take steps to improve their prospects, their actions alone do not close the racial wealth gap.

The average wealth of African-Americans with a bachelor’s degree or higher (US$271 000) is less than that of white high school graduates (US$368 000).

I conclude with remarks by anthropologist Dr James Herron on race in America:

“A prominent historian named C. Vann Woodward wrote a book called The Strange Career of Jim Crow in an attempt to explain the roots of racial segregation in the American South.

Why did this system of formal segregation in public venues exist in the American South?

Was it really about exploiting the labour of blacks, as in slavery?

Or was it something else altogether?

The white southern elite greatly feared the possibility that poor blacks and poor whites would join together around a common cause.

We can see then how Jim Crow laws were deployed to create a black and white divide among the working class.

I find that argument quite persuasive, and you can even observe it today.

You certainly see that in the 2016 presidential campaign.

An elite person, like Donald Trump, attempts to forge a link with working class whites.

But one can ask: Why the demonising of immigrants?

Why the subtle/not so subtle racial appeals that can seem quite pervasive in this discourse?

It’s sort of saying, look at what we have in common—our interests and values and ‘traditions’ as white people.

I’m no politician, but it seems to me there’s a great deal of continuity between current discourse and past racial ideology.”