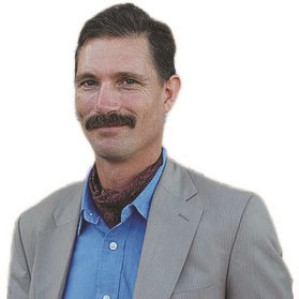 IN a Zimbabwe Independent article titled, ‘Land: Mugabe Strips Whites of Rights’, Benjamin Freeth, the son-in-law of the late apartheid war criminal, Mike Campbell, unwittingly asks questions whose answers unfortunately define him not only as a simple-minded white supremacist, but a pathological racist totally beyond redemption.
The poor devil asks: “Is being a person of a different colour to the majority a crime anywhere else in the world?
“Do citizens of other countries deprived of their homes and livelihoods because of their colour get denied both a hearing in their courts and compensation for their loss?”
Freeth’s allegation is that this is done nowhere else except in Zimbabwe.
And that is how he has always interpreted Zimbabwe’s compulsory acquisition and equitable re-distribution of land to empower the colonially impoverished landless majority.
However, the global context in which Freeth makes the sick assertion makes his position untenable and one feels that it would be unkind for us not to help him fall into the grave he has already dug for himself and the hope is that the irrefutable facts on the ground give him a befitting burial.
It seems that he has finally lost it.
The irony of the whole thing is that Freeth is British and it is Britain that is primarily responsible for the presence of black people in Europe, America and the Caribbeans where they did not go as free people, but as slaves without the minority human rights the racist is now obsessed with in Zimbabwe.
It is Freeth’s obliviousness to this fact makes him a pathological racist who thinks such an experience does not matter to the black victims.
Freeth’s allegation against Zimbabwe is conversely an apparent denial of the institutionalised racism of Britain where today, black people make up less than two percent of the population and yet disproportionately constitute up to 15 percent of the prison inmates.
And, it should be noted that only a pathological racist would think that this statistic of racial discrimination could be informed by anything else, but the colour of skin. Even Bernie Grant, a British member of parliament confirmed the discrimination when he confessed that: “British institutions have a ‘de-facto’ glass ceiling that bars blacks from advancing.”
And, not very long ago, Paul McCalla, a black Bishop in one of Britain’s oldest black churches in the country’s second biggest city, Birmingham confronted British premier David Cameron with this fact.
His concern was: “So many of our young people are locked away there and it affects our local community economically and socially.
“The effects of this are very far reaching with many young people (black) blighted for life, not just in Birmingham but across the UK.
“We believe some kind of intervention is required at Government level and we hope the Prime Minister will respond to us about this.”
It is pointless to mention that like many before him, the white Prime Minister of the British government did not respond.
He was busy demonising the black President of Zimbabwe for compulsorily acquiring land from about 4 000 British colonials for equitable redistribution among 13 million landless black people.
The critical point in both the British MP’s confession and the black bishop’s concern indicts Benjamin Freeth’s sick conscience.
It says that Freeth is comfortable with a historical context in which black people in Britain have disturbingly moved from slavery to prison notwithstanding that neither of the transgressions is a measure of black minority economic empowerment or racial equality before British law.
Furthermore, Freeth is seemingly comfortable with a British slave trading and colonial history which has no record of black slaves who were compensated for lives harvested to enrich their white masters.
He is most comfortable with records of white slave masters being superfluously compensated for loss of slave labour.
And all these are hallmarks of the dead conscience of a pathological racist.
And there is still yet another issue that completely marks out Freeth as a pathological racist.
It did not mean anything to Freeth that among the so-called champions of human rights whom he and his Rhodesian kith and kin prevailed upon to impose illegal sanctions on Zimbabwe are the United States and Australia where institutional racism has condemned black people, native Indians and Aborigines to menial jobs, squalid ghettos, out-backs and prisons.
According to a National Association for the Advancement of Coloured People (NAACP) criminal justice fact sheet, in 2008, the US held five percent of the world population and yet, disproportionately, 25 percent of the world’s prisoners. And, of that US five percent of the world population, 12-13 percent of it was African American.
In 2013 it was revealed that one million (43,5 percent) of the US’ 2,3 million prison population was black.
And, what this means is that if the US holds 25 percent of the world’s prison population, the world prison population must be 9,2 million and a country that single handedly holds one million of that number in minority black skin has no conscience to speak of.
And the worst implication of all this for Benjamin Freeth comes from a revelation by an Equality and Human Rights Commission report which noted that the proportion of black people in prison to resident populations in England and Wales is higher than in the United States.
And, the fact that Freeth is comfortable with this travesty definitely defines him as an incorrigible racist.
It seems that in Freeth’s mind the oppression of the black majority by a white minority should be the divine order of things in Africa and no black person is entitled to compensation for abuse.
And in Europe, where black people are the minority, Freeth again thinks that their oppression by a white majority in Europe is conversely the divine order of things there and no black person is entitled to compensation for enslavement.
l To be continued