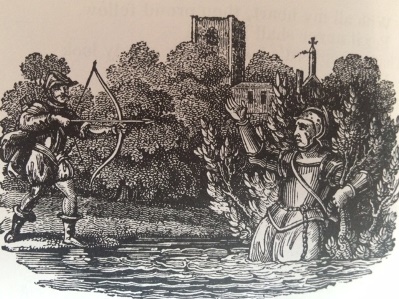 IT was just another day in 1978 in Dangamvura.
I did my usual short walk from Rujeko Primary School to home where upon I walked into the unmistakable pleasant aroma of sausages being fried in onion and tomatoes.
Sadly on entering home I realised that the pleasant aroma was coming from the neighbour’s kitchen.
After changing from my school uniforms I took out my home kit for street putt golf and it did not take me long to discover the reason behind the neighbour’s kitchen delights.
Macdead was back.
Born Sam, Macdead was the neighbour’s first son who had acquired cult status in the neighbourhood as a house break-in specialist and a jailbird.
I had not met Macdead before, for I had only arrived in the then Umtali a few months back.
I was treated to stories on how Macdead had roamed his trade in mainly European suburbs, but also in the affluent Dangamvura Home Ownership section.
My playmates also spoke glowingly of Macdead’s philanthropic acts like throwing coins at youngsters playing in the street.
Macdead had issues with Rhodesian authorities and at a time of struggles for freedom from Ian Smith’s bondage, it was easy to liken Macdead’s trade to these other struggles.
A few months later another buzz of excitement hit our street.
‘Sekuru’ Thomas, alias Digden, was also back from prison.
Sekuru Thomas was a maternal uncle of Macdead, hence the Sekuru tag, and the two were inseparable in crime.
My more streetwise friends filled me on Sekuru’s exploits, reputed to be more legendary than Macdead’s.
Sekuru, with his slim build, could enter any dwelling using the slightest of openings.
Unlike Macdead, Sekuru was not known for street philanthropy.
He was given the nickname ‘Digden’ after a legendary and contemporary white Rhodesian jail bird of the same name.
Instead of burying their heads in shame, Macdead and Digden walked tall as local heroes at least in the eyes of the impressionable young population of Dangamvura.
Nearly four decades later, most of the adults of then, upright people, have passed on and their good deeds interred with their bones.
But the names Macdead and Digden live on and still claim pride of place in our old street collection of heroes.
The original Digden was born Aiden Diggeden in 1939 in Bulawayo.
The internet is awash with his history and claim to legendary status as an outlaw.
Diggeden went to school at Chaplain High in Gweru and it was here that his obsession with stealing first manifested itself.
Between 1962 and 1978 Aiden Diggeden was frequently hauled before the courts and sentenced to prison terms in Rhodesia, Zambia and South Africa.
His notable brushes with the law include several car thefts and house break-ins in Bulawayo while serving time in Grey’s Prison.
Diggeden was catapulted to cult status in 1971 when he walked out of Salisbury Maximum Prison (now Chikurubi) disguised as a prison officer, even affording to wave goodbye to the prison warden.
He was recaptured in the same year and was later released from jail in 1978.
That was the year I moved to Mutare and came across the exploits of a local Digden from Dangamvura, Sekuru Thomas.
The original is a legendary criminal hero of national proportion and in Sekuru ‘Digden’ Thomas he had a willing and able student who became a cult hero within the Dangamvura old section.
He resurfaced in the media in April 1980 just before independence.
He was sentenced to five years imprisonment for stealing from his UK employers.
Some accounts say Diggeden is now retired and lives in Harare.
The Mutare Digden I know for sure is late.
Since independence the country has had its fair share of legendary criminals; Paweni, Axe Killer, Gayigusu and Gwesela of the 1980s, Chidhumo and Masendeke of the 1990s and Matambamadzo of the 2000s.
Most of these never really attained cult status beyond national notoriety maybe largely because of the crudity of their modus operandi.
There was an art that was missing post the Diggedens era.
Instead the art was taken over by conmen/fraudsters that are quick to feign philanthropy in their political ascendency.
We worship their ill-gotten wealth and money spending rituals and accord them political godly status.
It is a lot that can even cheat their way to political office and the National Heroes Acre.
I would be more generous in criticising the scoundrels if they were like the legendary English outlaw, Robin Hood.
He has been immortalised as a heroic outlaw in English folklore, renowned for robbing from the rich and giving to the poor.
His political stand makes him a popular subject in literature, films and television to this day.
He is unlike our contemporary ‘Diggedens’ who rob from the poor to give to the rich.
If only they could steal from fellow thieves as in Ali Baba and the 40 thieves.
A very dangerous lot they are indeed.