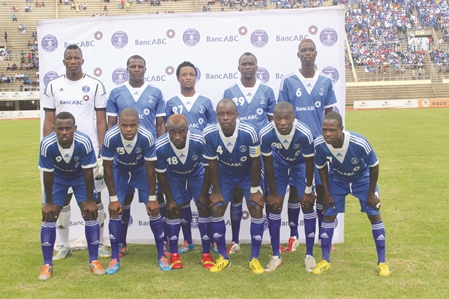 THE Bob 90 Super Cup that had been scheduled for this Sunday has been postponed indefinitely.
The final was slated for the ceremonial home of football Rufaro Stadium.
The Bob 90 Super Cup is an annual pre-season tournament held to celebrate the life of President Robert Mugabe who was born on February 21 1924.
Highlanders and Dynamos were scheduled to lock horns at Rufaro Stadium. Fans were anticipating for the ‘Battle of Zimbabwe I’ this weekend as the country’s domestic league is yet to resume.
The organisers, however, announced that the final match was postponed to allow the birthday celebrations to take place on Sunday without any divided attention.
Rudhaka Stadium in Marondera will host the birthday celebrations.
“The Bob 90 Super Cup which was set for this Sunday at Rufaro has been postponed to a later date,” said Charles Mabika, spokesperson of the Bob Super Cup organising committee.
“New dates will be announced once they have been confirmed.
“We felt that the whole nation will be concentrated on Rudhaka (where the main celebrations will be held), so we will advise on the new dates.”
The final might be played later in March as the cup holders Dynamos have continental commitments.
They host DRC club AS Vita next weekend and travel to Kinshasa to fulfil the reverse fixture a week later.
Last year, Highlanders and Dynamos met in the final of the Bob 89 Cup played over two legs.
Dynamos won 6-1 on aggregate with Partson Jaure, Patrick Khumbula and Washington Pakamisa scoring.
Left back, Bruce Kangwa scored Highlanders’ consolation goal.
The Highlanders-Harare City semi-final match attracted a huge crowd at Barbourfields Stadium last Sunday.
Harare City crashed out of the Cup after succumbing to a 1-2 defeat.