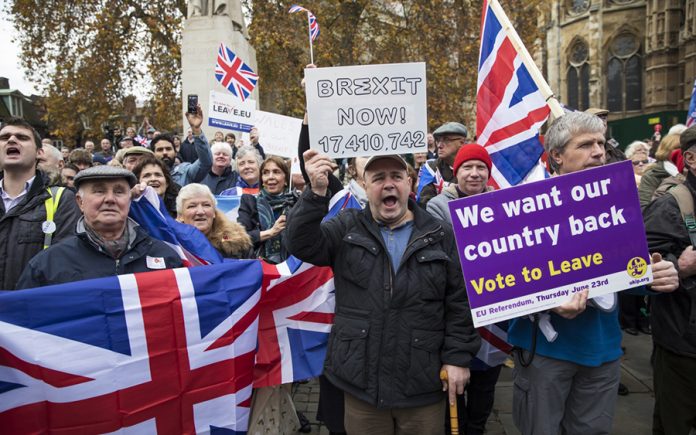 WHEN the people of Britain voted for a British exit from the EU on June 23 2016, in what is now referred to as Brexit, they could not have foreseen the misery that was to follow their decision — a free fall of their economy.
But as the economic effects of that decision to break away from the EU begin to hit hard on the British, the thought of Zimbabwe rescuing its erstwhile coloniser from the ensuing economic malaise is no longer a dream but a reality that could come to pass before year end.
The former colonial master is scheduled to depart the EU, officially, at 11pm UK time, on Friday, March 29 2019.
Britain, grappling with an economy that is stubbornly heading south has been making overtures to lure Zimbabwe back into the Commonwealth, a grouping of 53 states, all of which (except for two) were formerly part of the British Empire for many reasons.
The most important reason of them all is what Zimbabwe brings to the British economic table.
The contrast too could not have been fathomable even to the die-hard enforcers of British hegemony.
Zimbabwe is on the rise while Britain is on a path of uncertainty and an economy on the wane.
No longer the economic giant it used to be, having been long overtaken by the likes of Germany and China, Britain ‘returns’ to Zimbabwe hamstrung by a disembowelled economy in dire need of a jolt.
And as was the case before Harare embarked on its revolutionary Land Reform and Resettlement Programme in 2000, Zimbabwe is the ally that Britain needs for its economic revival plan.
Yet 18 years of antagonism between the two nations has changed the structure of our relations.
Zimbabwe is no longer ‘that property’ of Britain; it has long ceased to be the conveyer belt of raw materials to London and in the intervening period, it has re-established and strengthened old friendships, friendships that are being converted into real and meaningful tangibles as seen by President Emmerson Dambudzo Mnangagwa’s recent visit to China.
These vast changes present an opportunity for the two countries to find each other on equal terms, with mutually beneficial ties being the basis for re-engagement.
Zimbabwe cannot just walk back to the Commonwealth as one of those partners.
Whatever will be said, presently, in global affairs, Britain is a struggling country on the economic front, compared to other ‘superpowers’, since June 23 2016.
A January 26 2017 report by The Express brings to the fore the economic challenges that have visited Britain since its people voted for the departure from the EU.
It says: “After the declaration of the referendum result, the pound fell to its lowest level since 1985 and David Cameron resigned as Prime Minister.
The Brexit victory in June 2016 sent economic shockwaves through global markets and Britain lost its top AAA credit rating.
But the Bank of England cut interest rates and took other emergency steps to stop the UK from slipping into a recession
There is ongoing uncertainty over what will happen once Britain leaves the EU because it needs to make new trade agreements with the rest of the world. (This is where Zimbabwe comes in).
Mrs May wants to take Britain out of the EU’s single market in order to end the free movement of EU workers that comes with it.
If that happens, Remainers worry that foreign companies will be less likely to invest in the UK and could relocate their headquarters to the continent.
But Brexiteers argue that EU countries have every incentive to keep trading with the UK, which is a large importer of goods and services.”
The Guardian of December 26 2017 had another equally damning assessment of the beleaguered Britain’s future which British economic analysts described as ‘worrying’.
This is why Britain is looking at ways to salvage its economy from a definite meltdown.
This is what the publication said;
“In November, the Bank of England raised interest rates for the first time in a decade. The last time that happened, the iPhone was less than a week old and Gordon Brown was Prime Minister.
With wage growth set to remain stagnant, the Bank’s Governor Mark Carney admitted that the economy may be heading for a bumpy few years, and that two further interest rate rises would likely follow before the end of 2020.
Carney also said that the Brexit vote had already slowed the UK economy and he pointed out that the country is now among the worst performing in the G7, having been the best performing prior to last year’s referendum.
Also in November, the Autumn Budget saw Chancellor Philip Hammond announce £25bn in extra spending to prop up the economy.
Data in the Budget showed families are suffering the biggest financial squeeze since the 1950s.
The Office for Budget Responsibility said that it now sees the economy growing by just 1,5 percent this year and 1,4 percent next, down from previous estimates of 2 percent and 1,6 percent.”
With Britain’s economy in a freefall, it is not difficult to understand why it is fervently courting Zimbabwe.