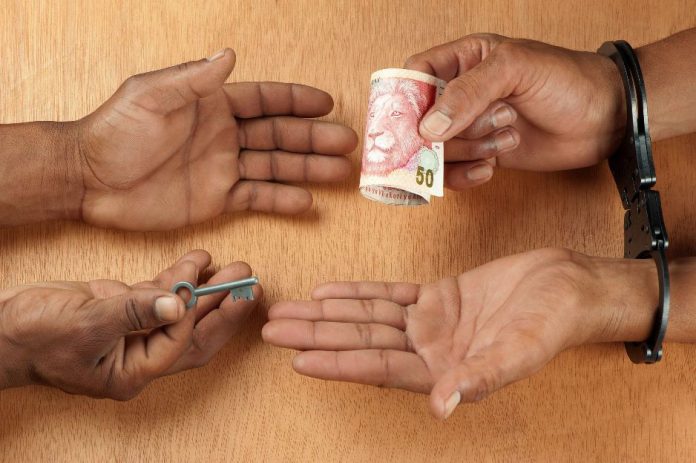 THE new year ushers hope for better prospects, and for Zimbabweans, the new political dispensation is a plus.
Everyone is looking forward to what the year has in store, with all indications pointing to a bright economic outlook.
Zimbabwe faces a wide range of economic challenges such as the liquidity crisis, price hikes, unemployment, corruption and incompetence by some Government officials, among others.
But the population has extremely high hopes for an economic turn-around.
They want the liquidity crisis and price hikes addressed urgently.
At the same time corruption, incompetence and lethargy that had paralysed most parastatals and Government departments, should be dealt with accordingly.
Government sees the economy growing by 4,5 percent in 2018 on the back of scaled-up agricultural financing, economic reforms and policy interventions, Finance and Economic Development Minister Patrick Chinamasa has said.
Presenting the 2018 National Budget statement last month, Minister Chinamasa declared a break away from policy inconsistencies, reversals and hesitations of the past and signalled a strong ‘business unusual’ approach.
“We are optimistic that the interventions we have come up with will help the economy,” Minister Chinamasa said while presenting the 2018 national budget in Parliament under the theme ‘Towards a New Economic Order’.
“On the domestic front, the 3,7 percent growth estimate for 2017 is underpinned by agriculture, mining, electricity generation and services sectors, mainly tourism and communication.
“In the outlook, growth is anticipated to remain above 4,5 percent, premised on Government charting a new way forward with economic and investment recovery measures towards a ‘New Economic Order’, underpinned by strengthening of co-operation with global partners.”
Minister Chinamasa projected that economic growth will reach 5,6 percent in 2019 before further increasing to six percent in 2020.
He said mineral export receipts of US$2,5 billion are projected for 2018, up from US$2,3 billion in 2017.
Projections of the manufacturing sector stands at 2,1 percent this year up from one percent last year, benefitting from improved agro processing value chains in food stuffs, drinks, and ginning, also amid supportive import management measures.
The new dispensation seems to have ushered a real shift in mindset and Government position as Minister Chinamasa made positive announcements which brought in a fresh breath to the economy.
The 2018 budget has seen a significant shift from legislative behaviour to incentivising good behaviour.
The structural reforms are key to the growth of the economy and are an important signal to the world about how serious Zimbabwe is. It focuses on rebalancing the expenditure.
Confederation of Zimbabwe Industries (CZI) president Sifelani Jabangwe told Government and the business community that the target for GDP growth for 2018, set at 4,5 percent is achievable and can be surpassed, provided there is commitment, discipline and implementation.
He said the real work is on implementation.
“The budget is transformative,” Jabangwe said.
“The projected growth rate is achievable and can even be exceeded if we are better organised. The role of Government is to create space and private sector is there to drive growth.”
Banc ABC chief economist, James Wadi said Zimbabwe enjoyed rapid economic growth in the past and that double-digit growth is still feasible in respect of structuring, economic policy and political changes.
Global experts also see bright prospects for the Zimbabwe economy.
In a joint article for the Harvard Business Review, a US International management magazine, Anna Rosenburg and William Attwell said multinational companies with an appetite for risk and willing to invest in Zimbabwe ‘could benefit from first mover advantages’.
“President Emmerson Mnangagwa is clear that he wants to rebuild the economy and start afresh with foreign businesses.
“This is promising for a market formerly dubbed the ‘breadbasket of Africa,” said the pair in a jointly written article titled ‘What investors need to know about Zimbabwe after Mugabe’.
The US-based economic experts who focus on sub-Saharan Africa said President Mnangagwa’s first actions in office underscore how important he views economic recovery.
“Even before announcing his new Cabinet, President Mnangagwa installed a key reformist, Patrick Chinamasa, as acting Finance Minister, tasked with tackling corruption and re-engaging with international institutions to unlock funds to ease liquidity shortages.
“The president also announced the indigenisation ministry will be disbanded and the programme scaled back.
“He has proposed reforms such as tax breaks for mining firms and commercial farmers, aiming to assist export-oriented businesses and earn Zimbabwe much-needed hard currency.
“President Mnangagwa is also taking steps to shift the culture in government towards assisting, rather than inhibiting business.”
They noted that as President Mnangagwa’s reforms begin to gradually stabilise the economy, significant opportunities will emerge across an array of sectors and segments – both formal and informal – for companies hoping to expand in this relatively under-served, but high-potential market.
“Zimbabwe still holds an attractive class of relatively wealthy consumers, including civil servants,” they said.
“On a recent research trip to Harare, we were struck by the business opportunities that still exist in the economy despite the difficulties the country faced in the past several years.”
The pair listed consumer-facing sector, technology and agriculture as areas that have inherent opportunities for growth when the economy begins to recover.
Chatham House, a British think-tank, has not been left out in projecting the economic outlook on Zimbabwe noting: “Investors have long been poised to capitalise on what is perceived to be one of the continent’s best long-term prospects.
“Zimbabwe has world-class natural resource endowments including ferrochrome, gold, copper, iron ore, lithium, diamonds and platinum group metals.”