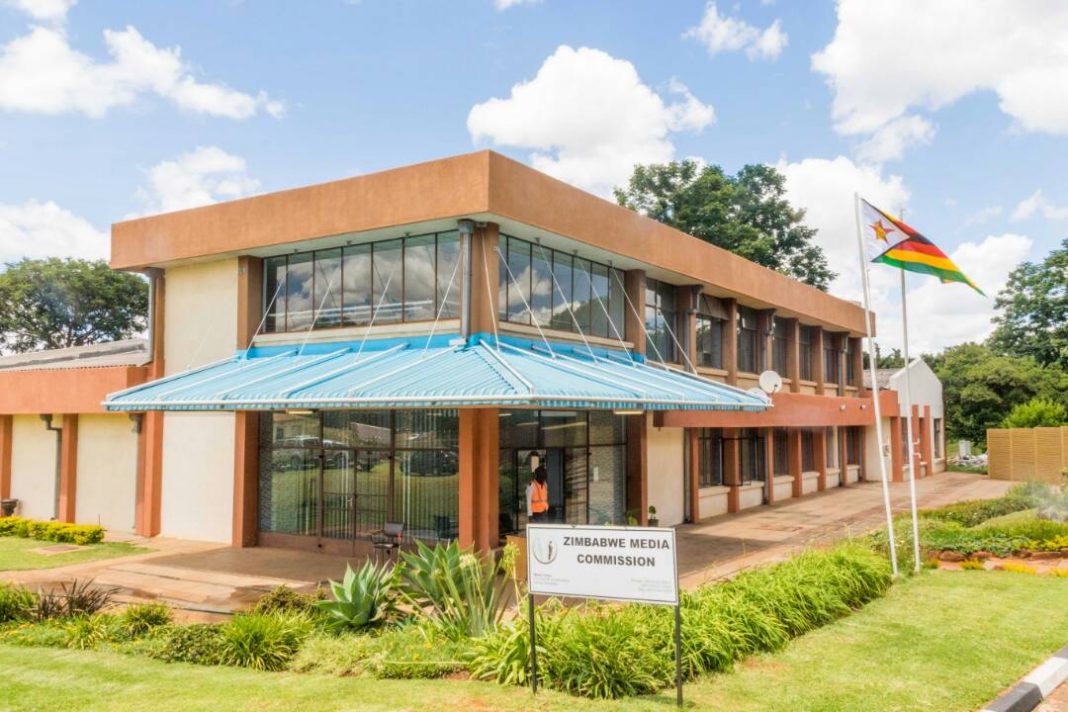 DEBATE over the Zimbabwe Media Commission (ZMC) Bill is already fraught with many misconceptions and exaggerations which, if not attended to, will rob MaDzimbahwe of the many potential benefits from the proposed law.

This Constitution is, first and foremost, a cultural covenant; and one of the tasks of the ZMC will be to enhance the cultural dimensions of the Constitution when it is applied to the media industry and its development.

This is so because, in most countries, the media are treated as cultural vehicles and platforms.

Media lawyers know about the law.

Too few of them know much about the media; and media practitioners will not become great journalists by merely following or mimicking so-called media lawyers.

For instance, the phrase ‘supreme law of the land’ is generally not understood at all. It should mean that the Constitution of Zimbabwe enshrines the ‘land of Zimbabwe as the elemental arena/platform where MaDzimbahwe first exercised, and now want to continue exercising, their primary freedom of expression’.

The Great Zimbabwe arena cries for Zimbabwean content, but lawyers know mostly about ‘bench-marking’; they do not know how to make the cultural benches which we need to steady ourselves when observing their markings.

If we look at the ‘freedom of expression’ debate led by lawyers, journalists, donors and NGOs over the last 30-40 years, it has been totally divorced from any association with land.

But if we understand why the founders of this new Zimbabwe adopted the Great Zimbabwe Monuments as the central image and name of the new country, it is hard to miss this centrality of ‘the land’ as the first arena for the people to exercise their freedom of expression and the very first arena to be stolen by the white settler through forced removals and expropriation!  Even the story of who built the Great Zimbabwe had to be expropriated and falsified together with ownership of the land!

The fact that this deprivation went on for more than a whole century should be a basis for uniting all Zimbabweans.

But today, our media industry suffer a debilitating polarisation precisely because our ‘journalism’ is poorly developed.

In fact, there is too much ‘activism’ and very little ‘journalism’. Lawyers tend to fuel that ‘polarisation’ because the foundational philosophy of the non-African law they study is itself steeped in ‘adversarialism’ and ‘adversarialism’ in the media means you spend most of your time and energy focusing on your ‘hecklers’ and detractors instead of developing and addressing your own ‘core audience’, your own core ‘constituency’.

The result is that appropriate ‘content development’ suffers because all your journalists are now caught up in this ‘polarisation’ and adversarialism.

In short, ‘media development’, in a polarising world, is supposed to be the first key function of the new ZMC.

This goes far beyond Chapter Twelve of the Constitution.

For instance, if we go to the Preamble of the Constitution, how can the content of Zimbabwean media express for the people: “Our heroic resistance to colonialism, racism and all forms of oppression?”

How will the content of Zimbabwe’s media communicate ideas and images: “Exalting and extolling the brave men and women who sacrificed their lives during the Chimurenga/Umvukela and national liberation struggles,” as expressed in the Preamble?

If we move on to Founding Provisions, for instance, how and after what sort of development can we take for granted that our media and journalists, at a minimum, will ensure the creation and production of content showing, “…respect for the people of Zimbabwe from whom authority to govern is derived?”

And what will be the media development dimensions consistent with, “the devolution and decentralization of governmental power and functions?” as provided for in Chapter 2, Section 13 of the Constitution?

In terms of content development, what will be the Zimbabwean media’s take on Section 16 of the Constitution which provides as follows:

(1) The State and all institutions and agencies of government at every level must promote and preserve cultural values and practices which enhance the dignity, well-being and equality of Zimbabweans.

(2) The State and all institutions of government at every level, and all Zimbabwean citizens, must endeavour to preserve and protect Zimbabwe’s heritage?

The African idea of sources of education, for instance, was that at an elemental (not elementary) level, these sources included parents, siblings, peers, mentors, elders, ancestors and God.

Yet the current debate on education, mostly led by lawyers and politicians, is focusing on the curriculum, the school room and the textbook.

In the future, children and the youths will spend the bulk of their time exposed to one media outlet or another.

So, in terms of media development, how should the ZMC and the media industry pro-actively respond to Section 19 and 20 of the Constitution.

For instance, Section 20 provides as follows:

(1) The State and all institutions and agencies of government at every level must take reasonable measures, including affirmative action programmes, to ensure that youths, that is to say people between the ages of fifteen and thirty-five years —

(b) Have opportunities to associate and be represented and participate in political, social, economic and other spheres of life;

(e) …are protected from harmful cultural practices, exploitation and all forms of abuse.

Section 25 of the same Constitution provides for Protection of the Family as one of our National Objectives.

And yet those who currently control global media have already pre-empted this provision by redefining that ‘family’ out of existence, by re-defining as ‘families’ all sorts of anti-family formations they can come up with.

It is worth ending this teaser with citation of a recent Financial Mail editorial in the June 13 2019 issue called ‘Google’s platform for hate’:

“(You Tube) is the cesspool of the internet.

It’s filled with vicious, callous attacks on historic truths and verified science… And yet, YouTube allows this content.  Why?

I suspect because people watch that drivel.

And the more controversial the video, the greater the number of hits, which boosts YouTube’s advertising revenue.

It is a vicious circle created by the Google-owned site’s business model.

Stopping the abuse is directly at odds with its rationale for revenue generation.”

The ZMC and Media Development

Already, in one of the debates over the impending ZMC Bill, it was suggested that the new ZMC will not need a Media Fund for media education anddevelopment because we already have the Zimbabwe Manpower Development Fund (ZIMDEF) currently controlled by the Minister of Higher Education.

This argument shows a misunderstanding of the media and the media development envisaged.

ZIMDEF was meant to support manpower development through apprenticeships.

While some aspects of this might be included in the Media Fund, what is called for goes far beyond the training of the media practitioner.

The weakest link in the struggle against the alleged cesspools of Google and the internet is media consumer education for the whole society.

The development role of the ZMC should be seen as a localisation of the functions which the old United Nations Educational, Scientific and Cultural Organisation (UNESCO) used to play before it was forcibly transformed into another NGO by Western powers, starting in the mid-1980s.

Western powers emasculated UNESCO because of its role in articulating media and cultural dimensions of the North-South problem at the time.

Older journalists will remember the critical role played by the old UNESCO in the founding of the Division of Mass Communication at the Harare Polytechnic at the time of Zimbabwe’s independence.

The problem which the Financial Mail editorial raises shows clearly the new dimension which the old North-South problems of the 1980s have assumed, as well as the glaring absence of the old UNESCO.

The North-South dimensions of the media development were not a classroom or apprenticeship issue.

They were a public education  issue.

One of the reasons UNESCO was put under sanctions by former US President Ronald Reagan and former UK Prime Minister Margaret Thatcher was its research on the effects of apartheid and Zionism on media and educational development for Africans in South Africa and Palestinians in and beyond Palestine.

What is needed as a response to so-called social media today is the public education of all citizens, a whole conscientisation movement to take control of our own media consumption and intelligent uses of technology consistent with the ideals of our Constitution.

In this regard, ZIMDEF, ZIMCHE and the two education bureaucracies are currently part of the problem — not yet part of the solution.

They have yet to be convinced that there is a body of African philosophy which can become the foundation of our education, our laws and our communication theories and practices.

Dariro defines the principal African structure for communication and media.

The circle or dariro was\is the source of African communication principles in arts, law, faith and architecture. But these principles were also in tune with perceptions of the universe.

The planets and their moons are spherical.

Obits are spherical and repeat the going and coming of moons around planets, creating a planetary rhythm based on spheres.

The earth itself is spherical and rotates along a spherical orbit around the sun.

Nature is relational and, for the most part, obeys the seasons which repeat the coming and going rhythms of natural things throughout the universe.

We are part of nature and resident in a universe of spheres.  There are no rectangles in nature and no-one has ever eaten a square mushroom or rectangular squash.

It is no accident that all African societies celebrate the dariro (circle) as a practice and as a metaphor for their relational philosophy.

The African circle (dariro) is a moral, judicial and aesthetic structure of such great flexibility that it had to be repeated in almost all African architectural structures, including the Great Zimbabwe and related monuments.

(The dariro defines the people’s stake in its middle).

Over the centuries, due to the negative influence of white colonisation and its linear view of the world, Africans have either ignored the importance of the dariro or have come to view it through the white settler’s eyes as a primitive, narrow and restrictive construction.

But in reality, dariro represents a global construction.

This is the meaning of kuonesana in the dariro; which means enabling the other to know what he or she cannot see because you can see it.

It is clear that, in the dariro structure, the focus of content creation by the encoder (anoparura) is to address his/her primary audience or constituency who respond.

Hecklers and detractors can be addressed later by the whole audience as encoders in their own right.