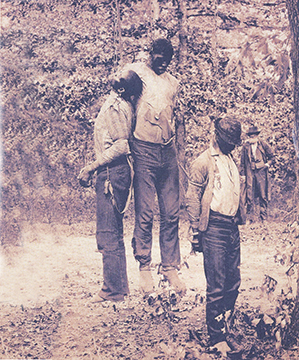 THE British government recently funded the building of a memorial to Kenyans who were killed and tortured by British forces during the Mau Mau resistance in the 1950s.
On September 12 2015, many war veterans visited the memorial site in Nairobi to witness the historic unveiling.
This was a landmark move by the British in recognising the pain and suffering inflicted on the people of Kenya during the fight for independence.
According to many international reports of the event, the monument is part of an out-of-court settlement done by the UK government in 2013 when it agreed to pay £20 million (US$30 million) in compensation to Mau Mau liberations fighters.
The British expressed ‘sincere regret’ for the many abuses committed under their ruthless colonial rule.
This was a way of saying ‘sorry’ to one of the most atrocious and horrific massacres of the African people.
More than 40 000 Kenyans sued the British government for compensation for the physical abuse and mistreatment during the resistance against colonial rule in the 1950s.
The litigation documented the brutal acts going back to 1952, when the then colonial governor, Sir Evelyn Baring, declared a state of emergency in Kenya in order to destroy the Mau Mau’s fight for freedom.
Mau Mau was an abbreviation standing for ‘Mzungu Arudi Ulaya, Mwafirika Apate Uhuru’ meaning let the whiteman go back to Europe and the Africans regain independence.
During the time of war and after, the Mau-Mau were described simply as bloodthirsty tribal savages in the British press.
At least 90 000 were killed in a period of eight years while more than one million were forced from their homes and placed in detention camps.
The camps were described by the attorney general Eric Griffith-Jones at the time as; “distressingly reminiscent of conditions in Nazi Germany or communist Russia.”
The same attorney-general later commented on the massacres in 1957, by writing a dossier in which he said, “If we are going to sin, we must sin quietly.”
Between 1953 and 1956 systematic torture and abuse was carried out in concentration prison camps.
More than 1 000 Africans were publicly hanged in Kenya at a time when public hangings had been outlawed in Britain for over a century.
The African Home Guard, which was recruited and trained by the British, used severe violence to abuse and kill fellow Africans.
Simon Myerson a prominent barrister of QC, who acted on behalf of the Kenyans in the fight for justice argued that his clients had been subjected to horrific abuses including rape and castration.
This litigation against the British Foreign and Commonwealth Office (FCO) was lodged at the high court in London.
The Foreign Office finally acknowledged that human rights abuses had occurred at the hands of the British colonial authorities, but they initially argued that liability had been transferred to the Kenyan government at independence in 1963.
After many appearances in court, the UK government realised that they could not win the court case.
They admitted to the atrocities and paid £19,9 million to 5 228 Kenyans who were victims of the torture during the war.
For the first time in the history of Kenya, the payment marked the British government’s first official acknowledgment of serious abuse of human rights during Britain’s withdrawal from Kenya.
Such a decision by the British government had been long in coming and it came after a very long legal fight.
But that compensation was not enough.
According to a Kenyan historian, Professor Muite, payment was given only to those who were able to produce evidence of torture acceptable in law.
He said, “These are the ones who each received compensation of 348 000 shillings, leaving out those who were killed, detained in the forest and the many women who risked their lives supplying food to the freedom fighters.
“If a satisfactory closure to the Mau Mau issue is to be achieved, an all-inclusive settlement is necessary.
“While the apology and payment of compensation to the 5 228 living torture victims goes a long way towards resolution of the Mau Mau issue, more needs to be done to bring closure satisfactorily to all.”
The memorial monument must be recognised as a symbol to mark a tragic event in Kenya’s history.
Among those who attended the memorial site visit recently were 500 elderly men and women.
They stood at Freedom Corner in Uhuru Park in Nairobi and witnessed the unveiling of the Mau Mau memorial.
It is a remarkable monument made of marble and bronze, showing a brief history of the Mau Mau movement and the State of Emergency forced upon the people in 1950.
But the claims are not completed as yet.
There are many other Mau Mau veterans seeking damages for offences which included false imprisonment, beatings, forced labour, rape and denial of access to education.
There are lessons that Zimbabwe can learn from Kenya’s experience.
The country went through the same terrible circumstances that Kenyans went through from the same coloniser, the British.
What enabled the Kenyan challenge to succeed was the people’s single-mindedness and unity of purpose.
If we mounted a similar challenge against the British, it’s another group of black Zimbabweans who will launch a counter-challenge to defend the British.
That is what a sick nation we have become.