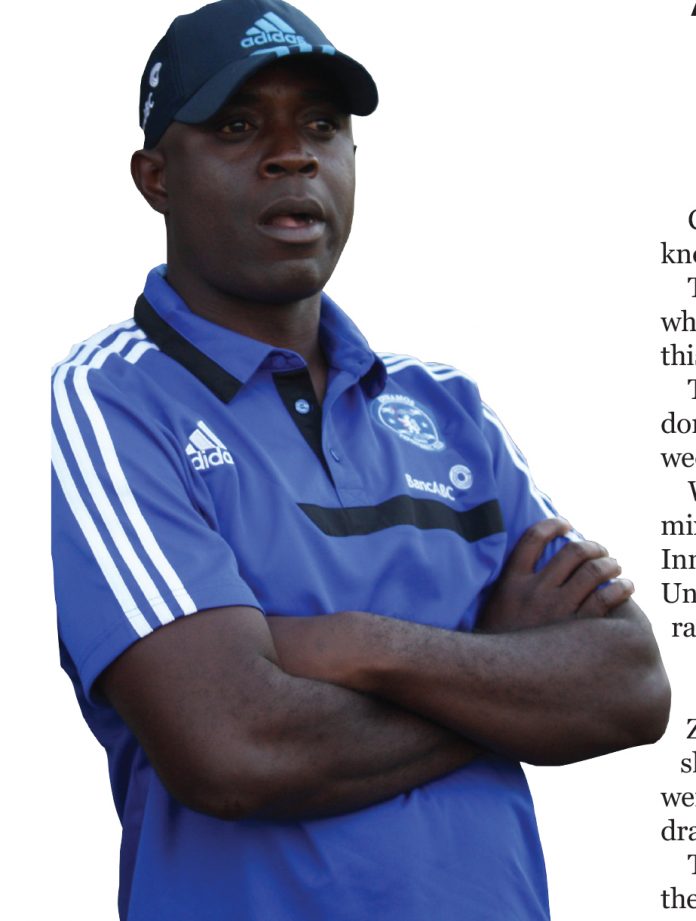 WITH the mid-season break the Castle Lager Premier Soccer League transfer window has opened and teams are busy beefing up their squads.
The teams are anticipating a tough second half of the season which gets underway in a week’s time. Some are jostling to win the title while others will be battling to make sure they survive relegation.
After a round of 17 matches, FC Platinum have taken a six points lead with Ngezi Platinum Stars on second position with 38 points.
Ngezi Platinum who have conceded three back-to-back losses will probably be on the market looking for a defender or two to beef up their rear-guard. The Mhondoro-Ngezi based side are seeking premiership glory this season and until the last three matches had gone unbeaten.
Last season the Tonderayi Ndiraya-coached side failed on the home stretch with fellow platinum miners FC Platinum being their nemesis.
This season, FC Platinum are part of the teams that beat Ngezi.
Ndiraya might be in panic mode as he desperately wants to stop the losing streak.
The break comes as a big sigh of relief for Ngezi who need to recharge their batteries. Before the break the coach hinted they needed a defender and with the loses experienced in the last three outings Ndiraya might spend more on the transfer market.
The defending champions, FC Platinum, will again be active on the transfer market after gaffer Norman Mapeza said he needs a striker who can make clinical finishes upfront.
Mapeza has no intentions of letting go the trophy which is FC Platinum’s second and the gaffer’s third in his coaching career. So far the Zvishavane miners have scored 27 goals which translate to about one goal per match.
Dynamos who have made some boardroom changes might be highly active on the transfer market as they seek to transform their waning fortunes.
The team has had a dismal start, during the first half of the season Lloyd Mutasa was relieved of his duties before being reinstated.
Mutasa will certainly need a striker and a creative midfielder. The gap left by Cameroonian Christian Epoupa still needs to be filled as Kuda Kumwala and Quality Kangadze have not been consistent in that department.
Raphael Manuvire who was brought in from ZPC Kariba to replace playmaker Denver Mukamba is yet to make an impression and Mutasa might search for another option. Kingston Nkatha is on Dynamos radar but the Warriors forward is on demand in South Africa diminishing DeMbare’s chances of securing his signature.
Highlanders are presently not in their best form and coach Madinda Ndlovu will definitely be looking for a sharp striker and defender.
The Gamecocks, Chicken Inn and Triangle might need to beef up their squads as they still have the chance to wrest the cup from Mandava.