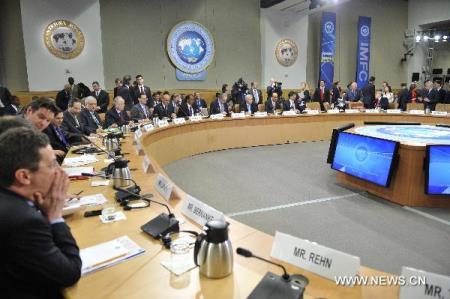 WHILE Zimbabwe is keen to engage the world to resuscitate its economy battered by more than a decade of illegal sanctions imposed by the West, plans to work with the International Monetary Fund (IMF) have been met with mixed feelings.
In the year 2000 the country’s voting right at IMF was suspended over claims of defaults, but in fact the institution, whose major shareholder is the United States, was responding to the Zimbabwe Democracy and Economic Recovery Act (ZDERA) passed by the US.
The Act was part of sanctions imposed on the country by the United States.
Under ZDERA, the US used its voting rights and influence in multilateral lending agencies, such as the IMF, World Bank, and the African Development Bank to veto any applications by Zimbabwe for finance, credit facilities, loan rescheduling, and international debt cancellation.
Many cannot fathom how then the IMF will work with the country while ZDERA is still in place.
And many remember the IMF prescriptions in the 90s that sent a thriving economy into a tailspin.
As Finance Minister Patrick Chinamasa engages the global financier, Zimbabweans were forced to go down memory lane and look back to the realities of the IMF prescriptions.
The IMF prescribed the Economic Structural Adjustment Programme (ESAP) in 1991 that saw the country get into an economic crisis whose effects are still visible.
The programme saw cuts in government spending, trade liberalisation, deregulation of prices and devaluation of the exchange rate and removal of labour laws.
The country closely followed the conditions set by the IMF.
However, devaluation, removal of subsidies for basic foods and freezing of wages resulted in decline of living standards.
Average real earnings fell by close to 20 percent.
According to United Kingdom economic analysts Tim Jones’s book Uncovering Zimbabwe’s Debt, instead of reducing debt and increase growth, between 1991 and 1997, economic growth averaged 2,9 percent, well below the five percent rate in the 1980s.
Balance of payments became negative.
From 1985 to 1990, the country enjoyed a trade surplus every year, averaging two percent of Gross Domestic Product (GDP).
But soon after adopting ESAP, the country between 1991 and 1997 experienced trade deficit averaging five percent of GDP
Rather than creating new jobs, under the structural adjustment programme unemployment shot up from 22 to 50 percent.
The proportion of Zimbabweans living below the poverty datum line increased from 40 percent in 1990 to 75 percent by 1999.
Maternal mortality increased from 390 to 670 per 100 000 live births between 1990 and 1999 while infant mortality increased from 81 to 116 per 1 000 children during the same period.
Additionally, the proportion of the population undernourished increased from 39 to 46 percent between 1991 and 1996.
Strangely the IMF ignored these deteriorating social and economic conditions and described the structural adjustment programme as ‘highly satisfactory’.
The ‘praise’ continued through the decade, with the Bretton Woods institution commending Zimbabwe in 1997 for implementing its structural adjustment programme, “with determination and persistence”.
Presently Zimbabweans are sceptical reminding the IMF that the economic crisis actually followed rather than preceded the implementation of IMF’s ESAP.
And they question how cooperating with the IMF this time around will be different.
The message on the wall is: “We do not trust the IMF.”
The head of the IMF mission to Zimbabwe, Dominique Fanizza, has not helped matters by suggesting that the IMF is politically motivated and that Zimbabwe was not guaranteed on receiving funds from the institution despite successfully implementing the Strategic Monitoring Programme (SMP).
The SMP is an informal agreement between government and IMF staff, to monitor the implementation of the country’s economic programme.
“The IMF decision to give money is entirely mired in politics,” Fanizza said. “The major shareholder decides who gets money and who doesn’t.
“I am just a bureaucrat.”
America is the major shareholder of IMF with the biggest quota of 18 percent.
Major decisions require 85 percent approval, effectively giving the US veto power.
For Zimbabwe to get a consensus for funding, it needs America on its side.
But the United States still maintains sanctions on the country with ZDERA still firmly in place.
Deputy Minister of Information, Media and Broadcasting Services Supa Mandiwanzira questioned the IMF’s sincerity.
“Zimbabwe is the only country to be described by a shareholder of the IMF as an extraordinary threat to America,” he said.
“We are under no illusion that the IMF will bring a bag of money into Zimbabwe.”
Other stakeholders not confident with getting funding from the IMF owing to the sour relations between the country and the United States suggest that the nation continues to look elsewhere for funding like it has in the past 14 years of ‘isolation’.
Zimbabwe has been able to source fresh capital from the Export and Import Bank of China (Exim bank) amounting to US$1, 9 billion over the last three years.
These include a US$290 million loan secured last month with China’s Exim bank to expand the network of state mobile carrier NetOne, a US$320 million for the expansion of Kariba Hydro-power plant by 300MW and a US$144 million for the water rehabilitation secured last year and a US$700 million loan deal signed in 2011.
The country has also received US$500 million for trade and project finance from Eastern and Southern African Trade and Development Bank, commonly known as the (PTA Bank)
So as the Government forges ahead with its quest to revive the economy, the question is how genuine is the IMF and do we really need its help?