Home Old_Posts Cattle ranching in the early years: Part One 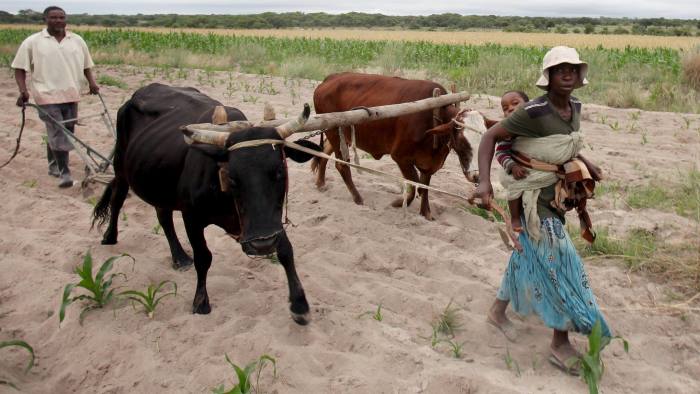 IN Zimbabwe, from antiquity, cattle, along with gold and ivory, were the country’s oldest cash products and the most important sectors of MaDzimbahwe’s economic dispensation under the various Munhumutapas.

By the time the first settlers arrived in the colony in the 1890s, the indigenes already owned thousands of cattle and were skilled cattlemen in their own right.

The historic importance of cattle as part of a vital chain in the food industry in any given economy cannot be underestimated.

In the field of modern commerce, cattle are the stimulus for the development of many subsidiary industries such as the leather-based industries. Additionally, the development of the cattle industry today has constituted a major source of food and foreign currency earnings as well as a pillar of many economies of the world.

The following quote from a report issued by a Committee of Enquiry set up in 1923 with Respect of the Cattle Industry in what was Rhodesia at the time asserted:

“The present highly critical situation (in the beef industry) calls for Government intervention involving expenditure …. The Government should immediately invite, by world-wide advertisement, competent capitalists to enter upon the business of meat export from S. Rhodesia, and to that end afford them every assistance within its power.”

As the prospects of a ‘Second Rand’ diminished together with Cecil John Rhodes’ promises of generous gold claims, the up-till-then unforeseen prospects of successful cattle ranching in Rhodesia proved an important factor in attracting white settlers to the newly-settled colony.

The prospects for unbridled land and cattle as well as the possibility of stock raising went a considerable way in persuading many prospective white settlers to volunteer their participation in the 1893-94 Matabeleland campaign, during which time an estimated

These indigenous cattle formed the nucleus of early colonial settler-ranches on which the future of the commercial beef industry in the country was to be based in Rhodesia; others were bought at ‘knock-down’ prices from the indigenous owners.

The foundation stock on white-owned ranches and, indeed, the great bulk of settler-owned cattle before the Second World War was mainly of indigenous cattle breeds such as the Mashona, Tuli and Nguni.

Thus, the entrenchment and accumulation of settler-cattle ranching was made possible by the availability of abundant cheap land, abundant cheap labour and the cheap foundation stock of looted indigenous cattle.

In spite of which, however, the development of the beef industry suffered from a severe lack of capital, rampant cattle diseases, lack of adequate and modern transport facilities and poor ranching management techniques.

Because of these factors, the early white ranchers proved incapable of rearing quality cattle suitable for the world market.

The situation was compounded by the industry’s limited success in securing markets in the Southern African sub-continent at the time.

In spite of the fact that the value of the cattle industry to the Rhodesian economy increased tremendously after the Second World War, crops such as tobacco and sugar received more attention, even though beef, alongside maize, was long recognised as the country’s most essential protein-rich food resource and, as such, had become a state-controlled product.

These factors made Government intervention in the industry necessary. However, because of its own

In 1938, the Government established the Cold Storage Commission (CSC).

In the development of agriculture in the period between 1908 and 1939, the Rhodesian Government played a special and decisive role in assisting the Rhodesian cattle industry to overcome problems especially in production and marketing as well as promoting better animal husbandry in the industry through pasture research and cattle breeding programmes.

The provision of cheap and extensive land resources was a fundamental pre-requisite for successful ranching in Southern Rhodesia. Until about 1912, the minimum price of ranching land stood at 8s.5d (eight shillings and five pence – 80c) per acre. This compared favourably with the 1904 average prices of 34s.4d (34 shillings and four pence – R$3,4) in the Orange Free State; 33s (33 shillings – R$3,30) in the Cape; 28s.6d (28 shillings and six pence – under R$3) in the Transvaal; and 25s (25 shillings – R$2,50) in Natal, while land along the Northern Rhodesian line of rail was selling for between 3d and 8d (three and eight pennies – under 10c) per acre at this time.

Additionally, a much simpler form of land title was issued; rebates of between 20 and 30 percent on the purchase price were granted in the event of positive improvements being made to the land — a concession claimed in practice by an ‘infinitesimal’ number of farmers.

A decade later, in 1921, land suitable for ranching could still be acquired in the country for as little as three to 10 shillings per acre.

The theft of African-owned land unleashed by colonialism yielded even more positive results for would-be settler-ranchers and settler-capitalist farmers in general.

By depriving Africans of their main means of livelihood, the process of land alienation helped to force the peasantry into wage labour.

Thus, the foundation of cattle ranching in Rhodesia was created via a vigorous process of plunder and looting of the indigenous people’s natural economy·

In the ‘natural economies’, indigenous cattle were not reared simply for their meat and milk, but they were kept for the provision of inputs such as manure, draught power and transport.

In this way, cattle were an essential element to the process of food security and crop production.

Their versatility, as both forms of property and wealth, meant that cattle could also be used as payment for bride price, fines and reparation or compensation for crimes while a small number of cattle were sometimes used for ritual ceremonies.

Static Western notions of land-carrying capacity did not necessarily apply and the quality of cattle produced was inconsequential. However, in spite of their importance, cattle could still be traded for grain, especially in times of famine or drought.

Quite often, their remarkable qualities of hardiness and ability to maintain weight during the long dry seasons also made indigenous cattle breeds an attractive insurance against drought or crop failure.

Dr Tony Monda holds a PhD. in Art Theory and Philosophy and a DBA (Doctorate in Business Administration) and Post-Colonial Heritage Studies. He is a writer, lecturer, musician, art critic, practicing artist and corporate image consultant. He is also a specialist Post-Colonial Scholar, Zimbabwean socio-economic analyst and researcher.